PEOPLE who decline a vaccine linked to rare blood clots “have a real risk of dying from Covid”, an expert has warned.

It comes after a study has found you’re no more likely to get a brain blood clot following an AstraZeneca jab than dying during a game of football. 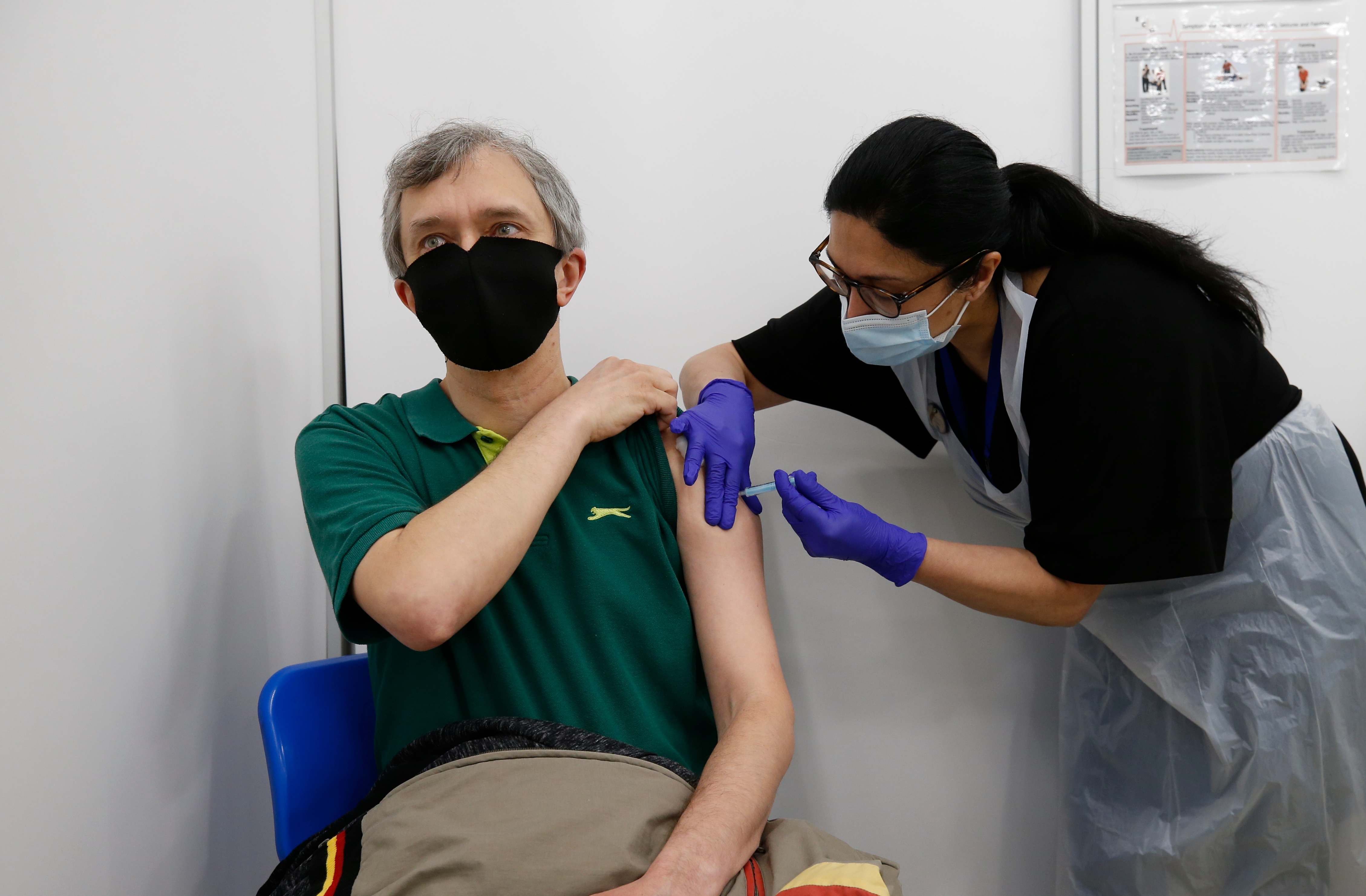 The AZ and Johnson and Johnson vaccines are understood to be behind hundreds of blood clot cases, some fatal.

However, the risk is so small and the benefit of potentially hundreds of thousands of lives saved from Covid outweigh any concerns.

Despite this, countries like Denmark have removed both jabs from its vaccine programme due to fears.

Prof Paul Hunter from the University of East Anglia, said: “To decline a vaccine today because it is the Oxford-AstraZeneca or Johnson & Johnson vaccine in the hope of being able to get another vaccine sometime later carries a real risk of dying from Covid-19 before being able to get a preferred vaccine.

“Those countries that delayed their own vaccination programmes at a time of high transmission rates by declining to use available Oxford-AstraZeneca vaccines should know that their decision will have contributed to an increase in the number of avoidable deaths from Covid-19.”

Blood clots related to vaccines have occurred in an rare and unfamiliar pattern.

They occur with low blood platelets, called thrombocytopenia, which has been described by regulators as “unusual”.

There have been 209 cases of the blood clot events of 21 million doses of the AZ jab until April 21, according to the MHRA, of which 41 led to death.

Based on these figures, the risk of dying from one of these blood clots in the days after a jab is 0.00018 per cent.

Meanwhile, around 16 people out of the eight million people vaccinated with the Johnson & Johnson vaccine in the US have developed a blood clot as of April 24.

Published in the BMJ today, it found that people who have had an AstraZeneca vaccine dose are at slightly more risk of a vein blood clot compared to the general population.

Researchers looked at 280,000 people aged 18-65 who received a first dose of the AZ jab in Denmark and Norway before it was suspended there.

There were 59 blood clots in the veins compared with 30 that would have been expected in the general population.

This is the equivalent of 11 excess blood clot events per 100,000 vaccines.

Just over one case of CVST per 50,000 people were found in the study.

By comparison, the odds of dying during a game of football are 1.1 per 50,000 people according to a separate study in 2019 by Oxford University.

The UK's medicine regulator, the MHRA, says you should seek medical advice if you have had any of these symptoms four days or more after vaccination with the AstraZeneca vaccine:

This risk remains uncertain when compared to people in the general population, Prof Hunter said.

But he added: “It does not change the conclusions of both [EU and UK regulators], that the benefits of the Oxford-AstraZeneca vaccine far outweigh its risks for most age groups.

“It remains the case that for most age groups, the probability of surviving the year is much greater for people who accept any vaccine when offered than if they decline it. “

Covid itself causes deadly blood clots – and the risk of CVST is up to ten times higher than after a vaccine.

That’s according to a previous study by Oxford University, which found 40 people in every million who get Covid have CVST.

The Oxford researchers said they did not look at CVST with thrombocytopenia.

But the key takeaway of their study was the risks of catching Covid and suffering serious complications outweighed the risks of getting a jab.