Stuart has been with the BBC for 40 years, but left Sunday AM in 2007 amid accusations she was cut from the show because of her age.

The 69-year-old returned in 2010 as a newsreader for Chris Evans BBC Radio 2 Breakfast Show.

But much like Evans, who announced he was leaving to return to Virgin Radio in September, Stuart is also jumping ship and heading to Classic FM where she will continue to read the news and present her own weekend show. 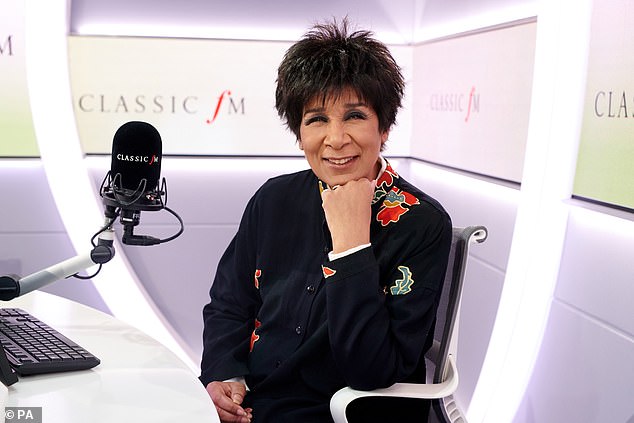 Moira Stuart will be on-air weekdays during the breakfast show with Tim Lihoreau, doing hourly bulletins from 6am until 9am. The 69-year-old will also host her own Saturday afternoon show, called Moira Stewart’s Hall of Fame Concert

From February, the ex-BBC TV newsreader will be on-air weekdays during the breakfast show with Tim Lihoreau, doing hourly bulletins from 6am until 9am.

Stuart will also appear for the first hour of the station’s flagship morning programme, hosted by John Suchet, until 10am.

From July, she will then join the station’s weekend line-up to host her own Saturday afternoon show, Moira Stuart’s Hall of Fame Concert.

The programme ‘will include legendary recordings of best-loved works from the classical music canon’, Classic FM said, and will air from 3pm to 5pm.

The station said she will present a new weekend show in the autumn.

Stuart said: ‘I couldn’t be more excited and delighted to be joining the Classic FM family.

‘It’s a wonderful opportunity to take a whole new journey, with people I really like and admire.’

Stuart became a Radio 4 newsreader after beginning her BBC career as a radio production assistant.

She moved to TV in 1981, becoming the UK’s first female African-Caribbean newsreader. 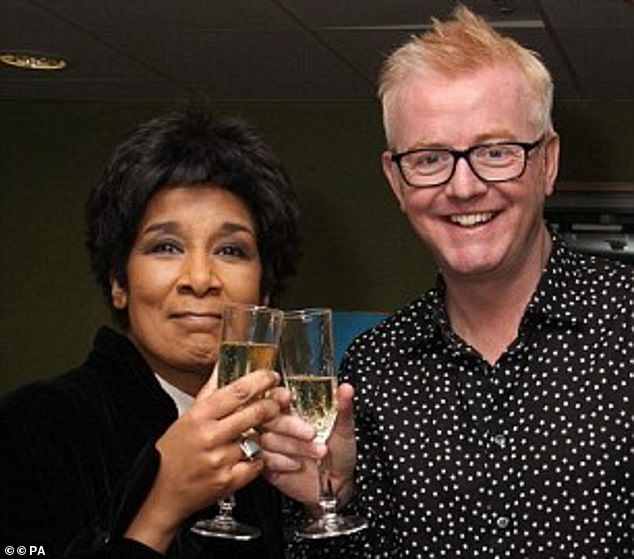 Moira Stewart, has followed Chris Evans out the door at Radio 2. In September, Evans announced he was leaving Radio 2 after 13 years at the station to take up a position at Virgin

After being dropped from BBC TV in 2007, presenting roles have included Radio 2’s Best Of Jazz and a guest slot on Have I Got News For You.

She has read the news bulletins on Chris Evans’s BBC Radio 2 breakfast show since 2010.

Sam Jackson, managing editor of Classic FM, said: ‘Moira is a broadcasting legend and is known to millions of people on television and radio so I am thrilled that she has chosen Classic FM as her new home.

‘Her passion for classical music and decades of experience make her the perfect addition to our 2019 line-up.

‘From her morning news bulletins to her new weekend show – and with another new series to follow – I know that our 5.2 million weekly listeners will join me in welcoming her to Classic FM next year.’

Lewis Carnie, head of BBC Radio 2, said in a statement: ‘We’d like to thank Moira for being such a much-loved part of the Radio 2 Breakfast Show team for the past eight years and wish her the very best of luck for the future.’