The incident was filmed at around 2pm yesterday on the corner of Mortimer Street and Newman Steet, Fitzrovia in the heart of the capital. 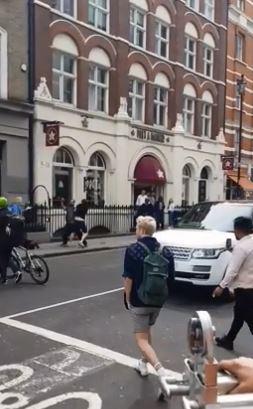 The footage shows a man outside the door of the café. He spots someone filming him on their mobile phone and marches up to him, waving his arms and shouting “who are you?”

The man filming initially kicks out at his attacker before the man, who is thought to be homeless, lands a series of punches in the middle of the street as onlookers race to break up the brawl.

An eyewitness, who called the police, claimed he saw the victim trying to get into to the shuttered building while the owner was barricaded inside. 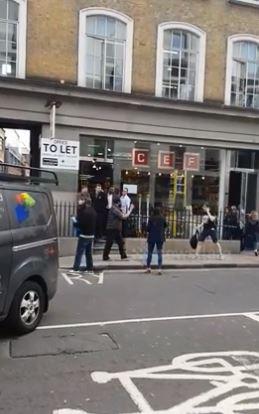 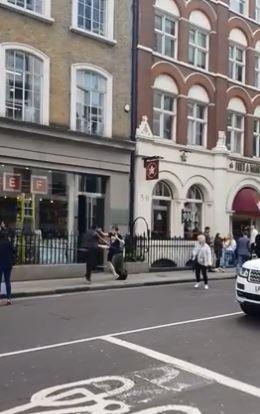 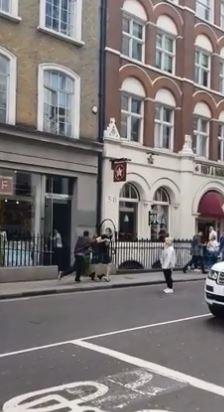 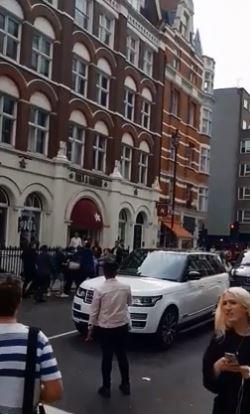 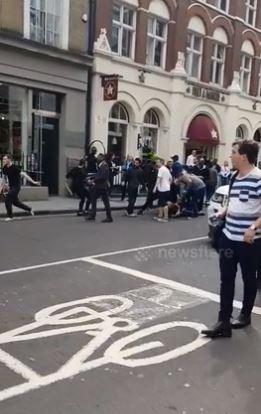 They wrote: "The belligerent vagrant was initially bashing in the front door of the yellow [derelict] cafe.

"The owner was inside, barricading himself inside while the vagrant attacked the shop.

"Nearby, an eye-witness [man wearing shorts] was calling the police.

"The vagrant caught on to this and proceeded to attack the bystander.

"It was very shocking. There are many eye-witnesses in the video [and many more – perhaps hundreds] off-screen.

"This altercation ended when the vagrant was on the ground and the police (eventually) took him away."

It appears an arrest was made.

The Met Police have been contacted for further information.