A mother is furious with a primary school after her disabled daughter had her hair cut by bullies for a sixth time.

Samantha Fleming’s daughter Melissa Booth, five, of Chaddesden, Derbyshire, is in reception at Cherry Tree Hill Primary School, but has been coming home with hair chopped off.

Melissa was born with microcephaly, a medical condition in which the circumference of the head is smaller than normal because the brain has not developed properly or has stopped growing. 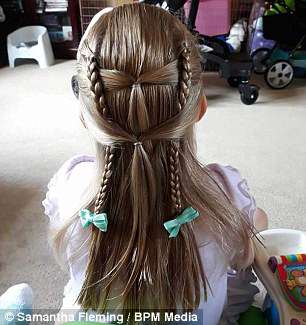 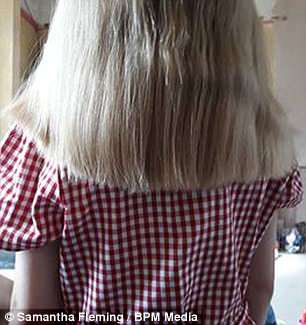 Melissa, five, has had her hair (pictured, left, before the bullies got to it) hacked off six times (right, the hair after her latest ordeal)

Miss Fleming, 34, said: ‘Melissa started her new school in September 2017 and she has come home with her hair cut six times so far. It has happened again every few months.

‘The first time it happened, the school spoke to the children about how dangerous scissors are.

‘Then, after it happened again in February this year, I spoke to the head teacher, who said he would keep a close eye out for it.

‘But now it has happened yet again and I am not happy about it. In September her hair was half way down her back.

‘No matter how many times it has happened, nothing serious has been done about it. Due to Melissa’s health issues, her hair doesn’t grow back very well.

‘Every time it has been cut, I have to cut off another one to two inches to get it straight again, but it takes a while to grow back.’ 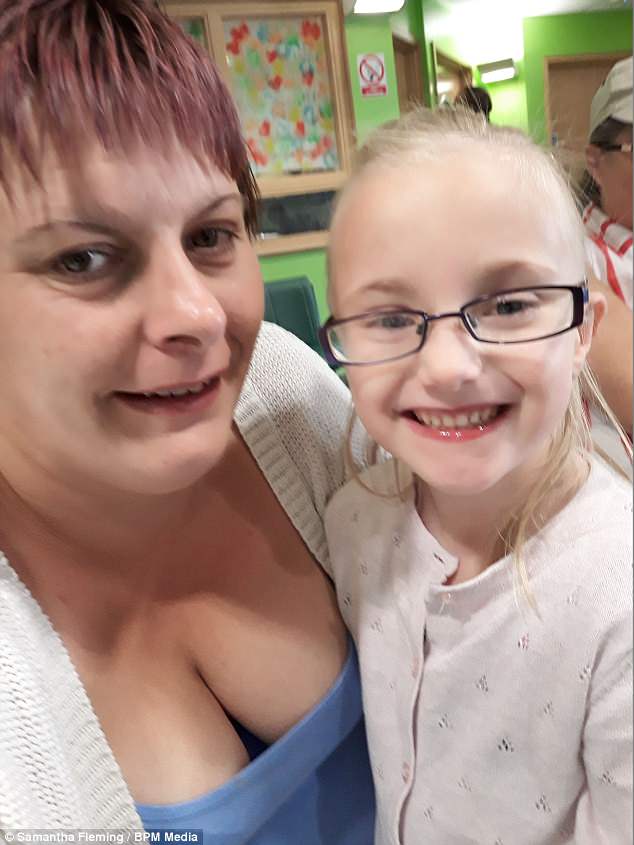 Miss Fleming went on to talk about how microcephaly affects her daughter’s life.

She added: ‘Melissa’s got a processing issue, which affects how she programs her brain.

Microcephaly is a condition where the circumference of the head is smaller than normal because the brain has not developed properly or has stopped growing. It can be caused by a genetic condition or by certain viruses that the fetus is exposed to during pregnancy, and can be present from birth or may develop after. Zika virus has been associated with a large number of babies born with microcephaly.

Some children born with the condition will have normal intelligence and a head that grows bigger, but it will still be below average in size.

‘Just six months ago she was struggling to put any sentences together and she is only just starting to string sentences now.

‘She’s also got a lot of hearing problems, which affect her behaviour. I think because of her condition she gets in with the wrong crowd as she doesn’t understand the difference between what is naughty and what is good.’

The mother of three believes that the school could resolve the problem by stopping the children from using scissors in classrooms.

She added: ‘This is an ongoing problem, the bullies used school scissors to cut Melissa’s hair.

‘I asked the school if they could put the scissors away, but their response was that the children need them for their education.’

The most recent attack on Melissa happened on Tuesday and Miss Fleming said on Wednesday she is now waiting to hear back from the school about the latest issues. 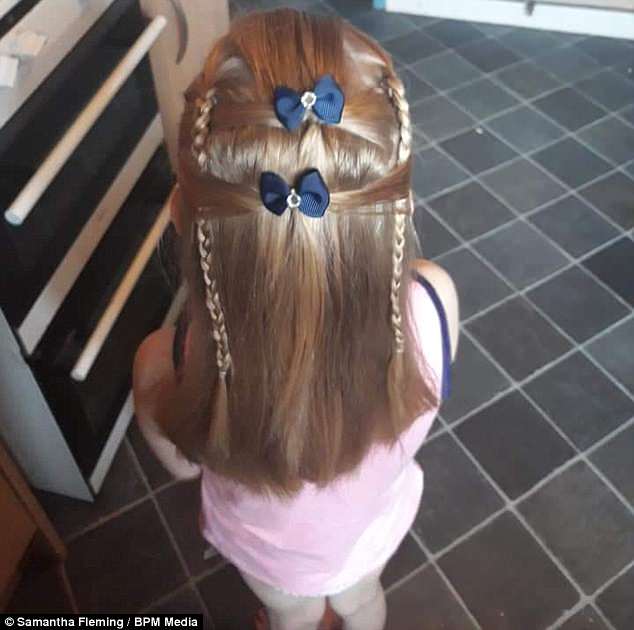 The five-year-old, who has had problems forming sentences due to her condition, faces bullies targeting her hair at the Derbyshire school

‘Yesterday (Tuesday) Melissa went to school with her hair a lot longer than it was when I picked her up,’ she said.

‘So when I picked her up we went straight back into the school and showed Melissa’s hair to her head of year.’

‘The school can only take this so far, and requires the cooperation of parents and carers.

‘We have spoken to Ms Booth about the allegations raised, but cannot give out details of individual children or circumstances.

‘This is an internal matter which we will continue to investigate. Our goal is not only to provide high quality education, but also to ensure the safety of the children we care for every day, and that will continue to be our priority.’