‘Bullying’ father, 35, who flung a cereal bowl ‘like a FRISBY’ at his long-term girlfriend leaving her severely bruised during a row over ironing is jailed for 16 months 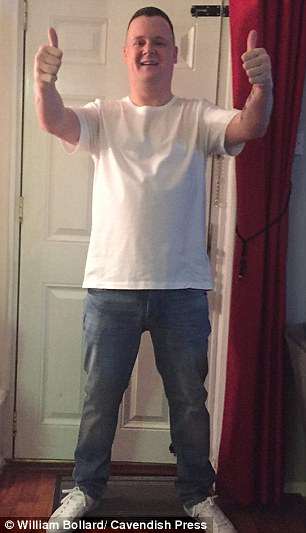 William Bollard, 35, of Manchester, threw crockery at his partner and gashed her face

A ‘bullying’ father who threw crockery at his partner and gashed her face with it during a petty row over the ironing has been jailed for 16 months.

William Bollard, 35, picked up a cereal bowl and hurled it ‘like a frisbee’ when Lyndsay McAnulty asked him not to bang on the ironing board as she pressed their children’s clothing.

The bowl hit 33-year-old Ms McAnulty in the face and she was left bleeding profusely. She suffered severe bruising, a small cut and swelling to her left eye.

During the row a neighbour alerted by the shouting removed the couple’s two children aged nine and six to avoid them seeing their parents argue.

The pair also grabbed each other’s T-shirts – ripping one, before Ms McAnulty warned: ‘Now, stay away from me or I’m going to burn you with the iron.’

Engineer Bollard, of Miles Platting, Manchester, who works a housing and social care provider, was arrested later after the posting of Facebook messages.

Ms McAnulty, who was in a relationship with him for 16 years, said in a statement: ‘I feel old and tired and bullied in my own house and I am sick of Billy and what he has done to me, the things he has called me – even when I am out with my friends. 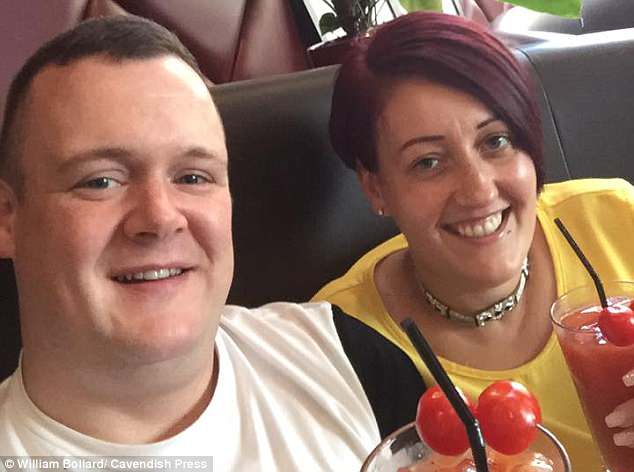 William Bollard, 35, was in a relationship with 33-year-old Lyndsay McAnulty for 16 years

‘My injuries remain and it it becoming harder for these to heal. It’s horrible to think our children could be seeing this and this is what they are seeing. I have had enough, I want him out of my life.’

Bollard, who has been on remand in jail since his arrest, admitted assault occasioning actual bodily harm at Manchester Crown Court and was sentenced.

He was also handed a restraining order prohibiting him from contacting Ms McAnulty indefinitely. 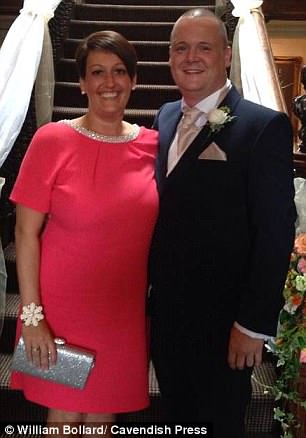 The court heard the coupe began dating in 2002 and moved in together in 2011 but were said to have had a ‘troubled relationship.’

The incident occurred at 10.30am on February 21 when Ms McAnulty was ironing the children’s clothes ready to take the youngsters for a day out.

David Lees, prosecuting, said: ‘Suddenly, without warning, the defendant set about banging with his arm on the ironing board – he began to make her job difficult and she says it was as if he was trying to antagonise her.

‘This went on for ten minutes and she repeatedly asked him to stop but the conversation got extremely heated.

‘The next door neighbour heard the argument and came across to remove the children and take them back to her house.

‘But the defendant was unable to calm down and he grabbed hold of Ms McAnulty’s T-shirt and held her. He then began to clench his fist as if he was going to punch her, so she then grabbed his T-shirt which caused it to rip. 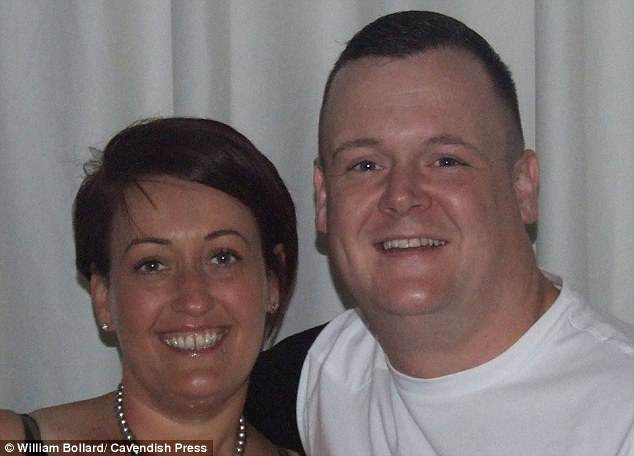 ‘She was stood next to the iron at this point, which was still plugged in, and in realising this, she said to him: ‘Now, stay away from me or I’m going to burn you with the iron’.

She accepts she made the threats but explained she had no intention of carrying it out. This threat caused him to run away into the other side of the living room.

He continued: ‘He kicked the baby gate between the living room and went into the kitchen where he pushed the ironing board at her with some force.

‘She recalls him shouting at her, and she told him to stop repeatedly, and continued to make the threats about the iron.

‘ He then picked up the cereal bowl and threw it at her ‘like a frisbee’ with some force where it hit her on her left cheek just below her eye. The bowl crashed off her face and smashed onto the floor. Damage was also received to the kitchen window.

‘She began bleeding immediately, as well as immediate bruising around her eye and swelling of the eye. Her eye closed up and she was unable to see out of it. She also received a bruise to her chest from where he had grabbed her shirt.’

The couple split up but Ms McAnulty initially decided against going to hospital or contacting police for two months. 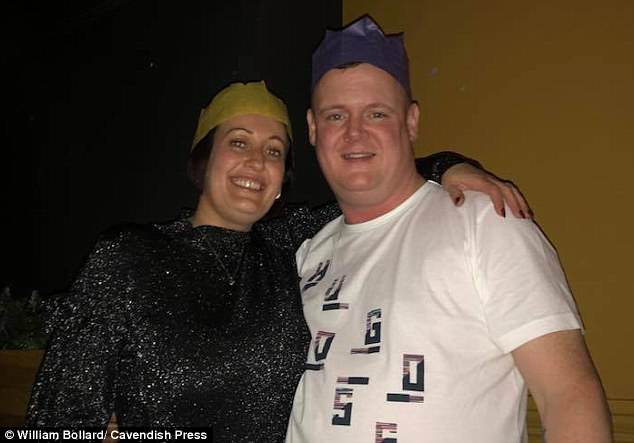 In mitigation, Nicola Carroll, defending, said: ‘He has expressed remorse for his behaviour. He does want to change, and he has started up an anger management course in prison and has expressed to me “it knocks me sick, I went too far.”

‘He says they were arguing in the morning, both of their voices became raised and upon hearing this the neighbour came across to take the children. He accepts he was angry and was throwing things about the house.

‘He says he picked up the bowl, flung it at her but didn’t aim for her face, and as soon as it hit her, he ran to her and assessed the damage.

‘He immediately called her brother, who he is good friends with, and asked if it was worth her going to the hospital. When he arrived, the situation diffused and everyone accepted that it was an accident.

‘She then apologised to him for threatening to burn his face with the iron. He wished it didn’t get that far. Their relationship has been on and off for 16 years, but it is clearly not going to work out.’

She added: ‘He is a very different man to the one you hear about in the prosecution opening. He is very pleasant, very polite and very articulate. He says the prison is ‘full of idiots’ and he wants to stay away from that.’

But sentencing, Judge Martin Rudland told Bollard: said: ‘You have said that Forest Bank jail is full of idiots – but you are one of them and you are going to have to learn the hard way.

‘She was in her own house, the children were present, and the neighbour knew to attend as she knew what you were like. This was a sustained argument during which your anger boiled over causing you to throw simple items, such as a cereal bowl which was used as a projectile, which caused an unpleasant and potentially serious strike to the left side of her face.

‘There is absolutely no way she should put up with that. Often victims of this kind of abuse put up with things and sometimes they are a made to feel responsible for the assaults. I understand your public face is very apologetic and remorseful but your private face is one of a person who is angry and controlling.

‘I am not just sentencing you on behalf of this complainant – but on behalf of the public. This was a sustained attack on a vulnerable victim. You must learn to deal with your relationships with women without resorting to violence.’