A serial burglar and reckless driver who was caught on dash-cam footage leading police on a dramatic 100mph chase in a stolen Porsche has been jailed for ten years.

Michael McDonagh, 44, sped along residential roads and country lanes at breakneck speeds after refusing to stop for traffic police in Kidderminster, Worcestershire.

Members of West Mercia Police’s Operational Patrol Unit (OPU) spotted the stolen vehicle and attempted to pull the driver over, but he sped off at dangerously high speeds instead.

Heart-stopping footage captured the thug swerving across the street in the stolen £50,000 Porsche Boxter as he tried to evade officers in August. 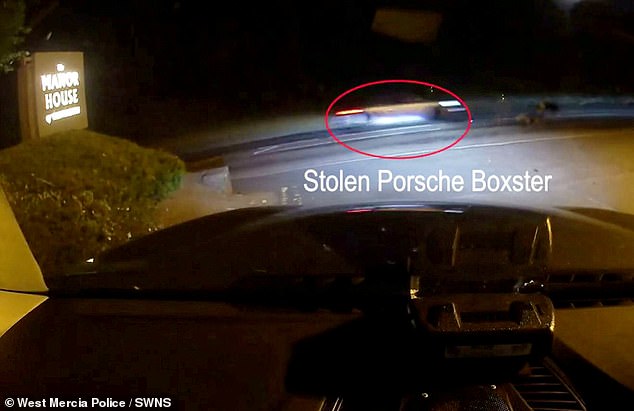 He hit speeds of around 100mph on the A449 before police deployed a stinger to deflate the tyres and the car began to lose control.

McDonagh, who was wanted by several police forces across the UK, then tried to ram the police vehicles before continuing to drive with deflated tyres.

Video footage shows the driver suddenly breaking hard in front of police vehicles several times in an attempt to cause a collision.

The car swerved across both sides of the road during the chase, which took place at night on what are usually very busy roads.

After several minutes he was detained by officers and arrested on suspicion of burglary and dangerous driving.

Four officers were filmed making the arrest after the car was eventually forced to stop. 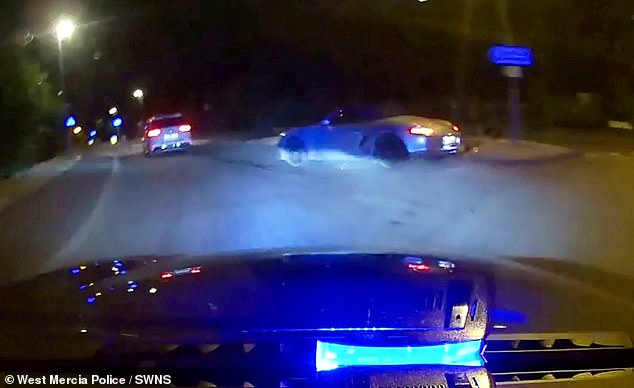 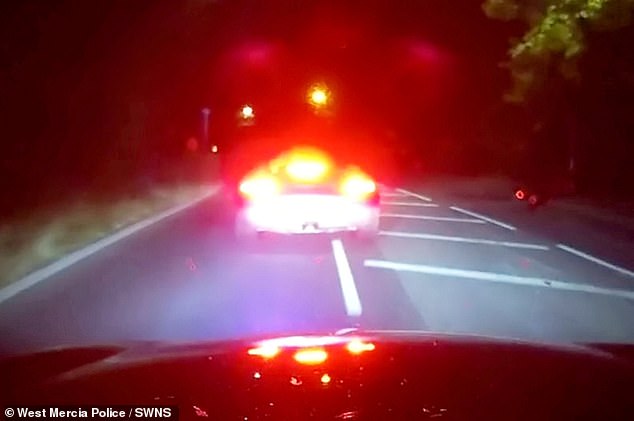 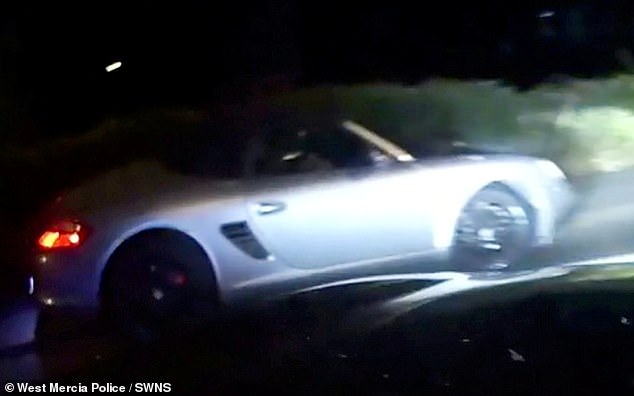 The £50,000 Porsche had been stolen only a few days before the dramatic chase 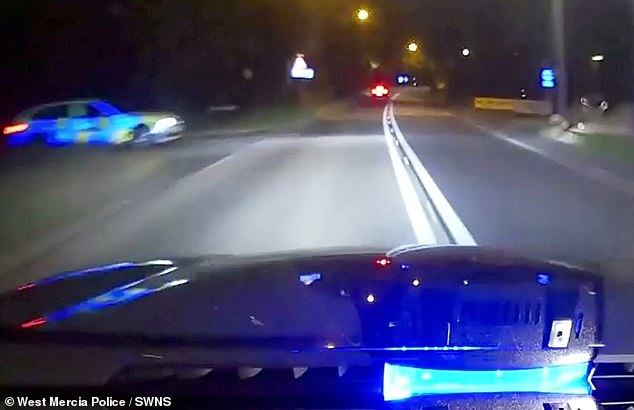 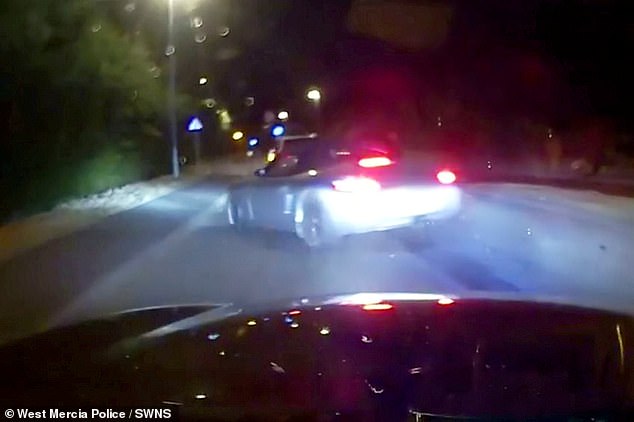 McDonagh, of Sunbury-on-Thames, Surrey, was jailed for a total of 10 years at Worcester Crown Court on October 24.

He was sentenced for multiple counts of burglary, fraud, dangerous driving, escaping lawful custody, obstructing police, and driving without a licence or insurance.

West Mercia Police’s Roads Policing Unit shared the footage on social media, saying: ‘In August this year we spotted this stolen Porsche being driven in the Kidderminster area.

‘The footage shows just part of how OPU officers pursued the vehicle, using a stinger to deflate the tyres.

‘The vehicle had been stolen only a few days prior. The driver was wanted by numerous police forces across the UK and was arrested by ourselves on suspicion of burglary and dangerous driving.

‘He was sentenced to 10 years in prison.’