Distressing footage shows burglars creeping into a grieving mother’s garden before breaking into her home and stealing items belonging to her late fiancé.

CCTV footage shows the thieves lurking before smashing into the conservatory where they loot the home in Wednesbury, the West Midlands.

Carly Eades, 37, came home on Saturday with her two children aged four and nine to find the home had been ransacked.

The devastated mother discovered the robbers had stolen items belonging to her fiancé Richard Eades who died on Boxing Day two years ago aged 42. 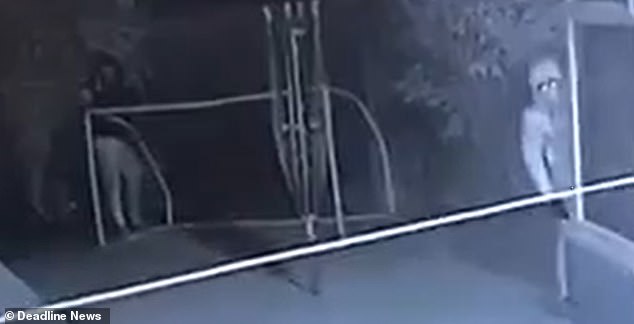 The thieves had taken Mr Eades watch, iPad as well as throwing his clothes around her bedroom.

And Ms Eades says the thieves rummaged through items belonging to her fiancé that she hadn’t touched since his ‘heartbreaking’ death.

The mother-of-two posted the shocking footage on Facebook and wrote:   ‘So last night at 7pm three absolute scum bags broke into my house.

‘They smashed in through my conservatory and ransacked our house. I came home with two petrified children who are now too scared to go home. 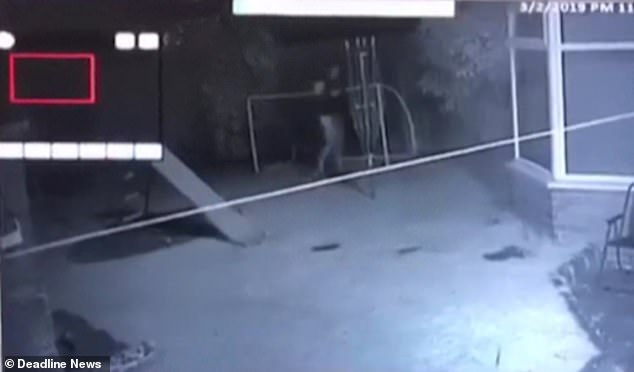 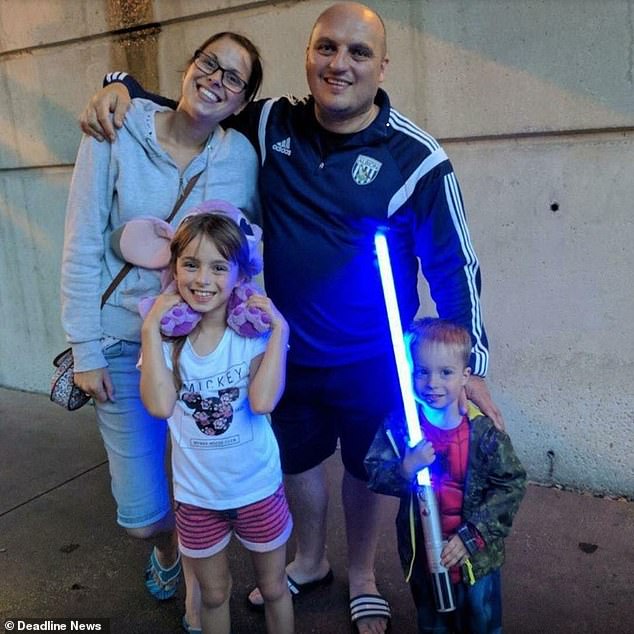 ‘What hurts the most is the fact that they went through my bedroom and emptied all of Richard’s clothes and belongings and threw them everywhere.

‘I haven’t even been able to face touching any of his things since that heartbreaking Boxing Day, but they have done this with complete disregard.

‘We are not 100 per cent sure on what has been taken but there is definitely Richard’s iPad Air in a purple case, his Limit Digital Watch which only has sentimental value.

‘And Lily’s Pandora bangle which has Disneyland exclusive charms, unicorn, belle and a few other charms.’

Ms Eade pleaded for help to find the sentimental items taken by the opportunistic thieves. 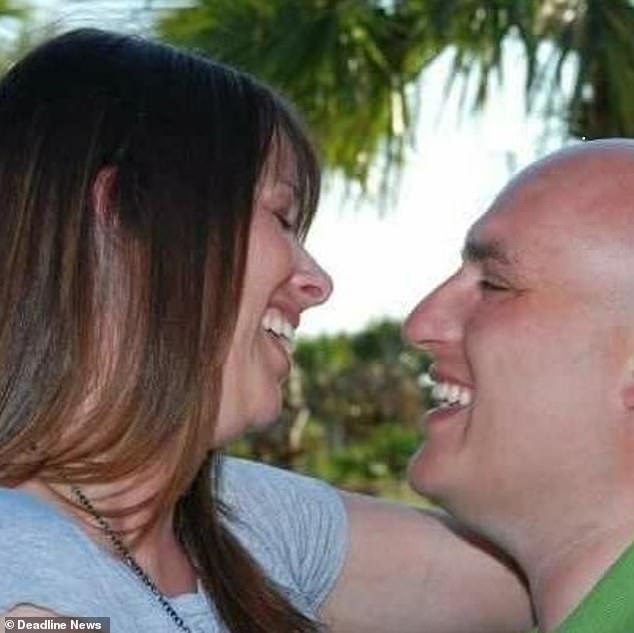 Ms Eades pictured with her late fiancé. She says the thieves rummaged through items belonging to her fiancé that she hadn’t touched since his ‘heartbreaking’ death

She wrote:  ‘I need everyone’s help, these scumbags do not deserve to breathe the same air as us.’

She added: ‘They have violated our home and our personal things, that mean more to us than they will ever know.’

The mother also wrote that on the day of the incident a car had driven past her house for four hours as they watched the property.

She said: ‘I’m still shocked and devastated that someone could do this.’

A spokesman for West Midlands Police said: ‘Police are investigating a burglary on Lime Road in Wednesbury between 10.30am and 8.30pm on Saturday 2 March.

‘A small amount of electrical items and jewellery was taken.’