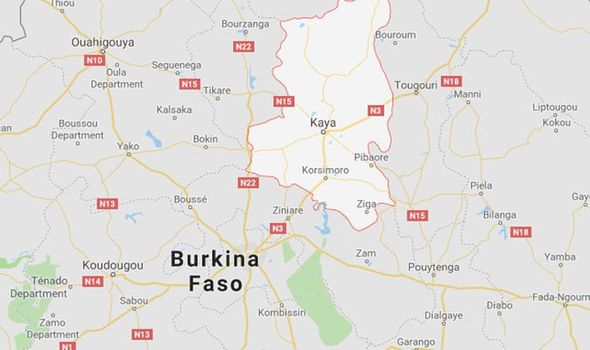 A group of gunmen broke into a Catholic church in Burkina Faso on Sunday morning during Mass and began shooting at the congregation, Radio France Internationale (RFI) reported. At least six people were killed, and a priest was among those who died. The church is located in the village of Dablo, located 90km from Kaya. The mayor of Dablo, Ousmane Zongo, told AFP: “Towards 9:00am, during mass, armed individuals burst into the Catholic Church.

“They started firing as the congregation tried to flee.”

A group of “twent to thirty armed men” were said to have carried out the shooting, a security source said.

They then set fire to the church and other shops in the area.

Mr Zongo added: “They burned down the church, then shops and a small restaurant before going to the health centre where they searched the premises and set fire to the head nurse’s vehicle.

“The city is filled with panic. People are holed up at home. Shops and stores are closed. It’s practically a ghost town.”

This is the first reported attack on a Catholic church in the country since the terrorist attacks.

Last Sunday, gunmen killed five people on an attack on a Protestant church in the northern town of Silgadji.