Multi-millionaire businessman loses £9.2m court battle with architect sister and disabled mother, 70, in bitter family dispute ‘which saw brother-in-law attack him with a length of wood’

A multi-millionaire businessman has lost a £9.2m court battle with his architect sister and disabled mother over the family property and furniture empire.

Company boss Tanju Yusuf, 51, was the target of an attack by his brother-in-law, wielding a piece of wood, as part of a blazing row over money that has torn his family apart.

Mr Yusuf and his mother, Sue, 70, fell out in 2012 after he ‘sided with’ his father Joe when Sue decided to divorce him. 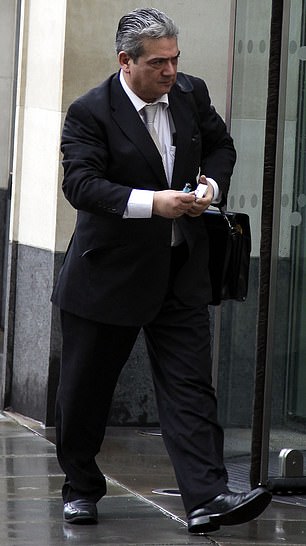 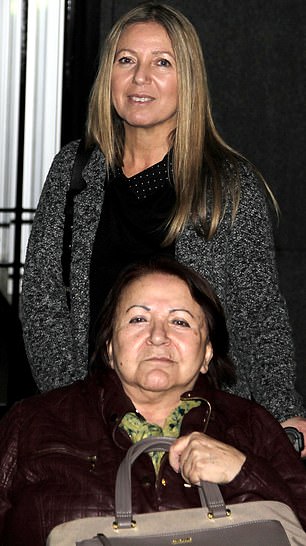 And family relations went from bad to worse after Joe’s death in 2014, when he cut Sue and his daughter, Askin Ozernin, 50, out of his will, making Mr Yusuf his sole heir.

The family, which has a property development and a furniture business, went to court last year to fight over London properties potentially worth £9.2m.

Mr Yusuf claimed his mother was not entitled to any part of the family company – Pekalp Properties Ltd – which owns the buildings, despite her playing a vital role in funding and acquiring them.

But Mrs Justice Falk has said a claim by Mr Yusuf’s sister that he ‘is a liar’ was ‘justified’, and ruled Sue has a 25% share in the property company, which could be worth over £2m.

The judge also ordered Mr Yusuf to pay £100,000 off his mother’s mortgage and hand her the family holiday home in Cyprus.

During the High Court hearing in December last year, the judge heard Sue and Joe came to east London as immigrants from Cyprus in the 1960s.

They went from humble beginnings to become millionaires.

Sue and Askin say the family furniture factory in Church Road, Leyton, is coveted by developers and could be sold for £7.2m by itself, with three flats in Bromfield Street, Islington, worth a further £2m.

After the divorce proceedings began, tensions ran so high in the family that Mr Yusuf was the target of an ‘attempted attack’ with a length of wood by his sister’s millionaire husband, Arif Ozernin. 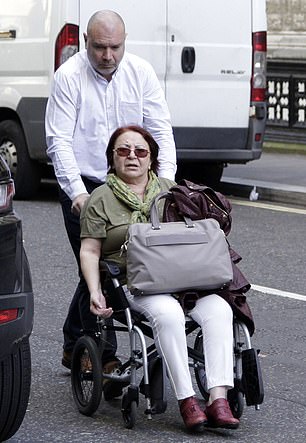 Arif Ozerin with Sue Yusuf, her mother-in-law outside the High Court

This happened in front of workers at the family furniture factory, after Mr Yusuf allegedly ‘abused’ Askin during a heated phone call.

The property company was originally owned equally by Joe, Sue, Mr Yusuf and Askin, but Joe left his 25% share to his son when he died.

Mr Yusuf claimed in court that he rightfully owned 75% of the company while his mother was entitled to no share at all.

He said that, as well as his 50%, he owned his mum’s portion too and that she had only been holding it ‘on trust’ for him.

But Mrs Justice Falk found that Sue in fact owns a quarter of the company.

The judge said: ‘Sue is and has always been entitled to a 25% shareholding in Pekalp Properties Ltd.

‘I have no hesitation in concluding that Tanju has not established that Sue’s original 25% shareholding was held on trust for him.

‘The factory at Church Road…was identified with its long-term residential development value in mind, as well as being suitable for use by the family business…it was a family decision to make the purchase, with Sue taking a significant role,’ she said.

She also said that £80,000 ‘provided by Sue’ had been used, along with a mortgage, to buy the Bromfield Street property.

The judge found that Sue had been ‘a poor witness’, but added: ‘I do not think she was telling deliberate untruths.’

Askin was ‘a good witness’ and the judge observed: ‘Her anger with Tanju is obvious.’

Askin’s husband Arif was ‘a convincing witness,’ the judge found.

And of Mr Yusuf she added: ‘I regret to say that I was unable to accept material parts of his evidence… The picture painted of him by Askin, and in particular her assessment that she could not trust him and that he is a liar, is justified.’

The judge found that under an agreement made in 2015 to compensate Sue for not being left anything in her estranged husband’s will, Tanju must pay £100,000 off her mortgage and give her the family holiday villa in Cyprus.

Mr Yusuf had argued during the trial that the properties his mum and sister claim are worth up to £9.2m, may in fact only be worth around £4.3m.

The judge concluded that the Church Road factory should now be sold to the highest bidder.