‘I think the Power Ranger’s winning’: Man dressed as Marvel comic character Deadpool is filmed fighting an older shirtless man at a bus stop in front of a crowd of children

A man who dresses up as the famous Marvel comic book character Deadpool and roams the streets has been involved in a violent fight.

Jake Bingham, a Cairns man who gained minor celebrity status by dressing up as movie antihero Deadpool, was recently filmed exchanging punches with a shirtless stranger, according to The Courier Mail.

Mr Bingham told the publication he had been in the fight with the older man but was unaware the video existed. 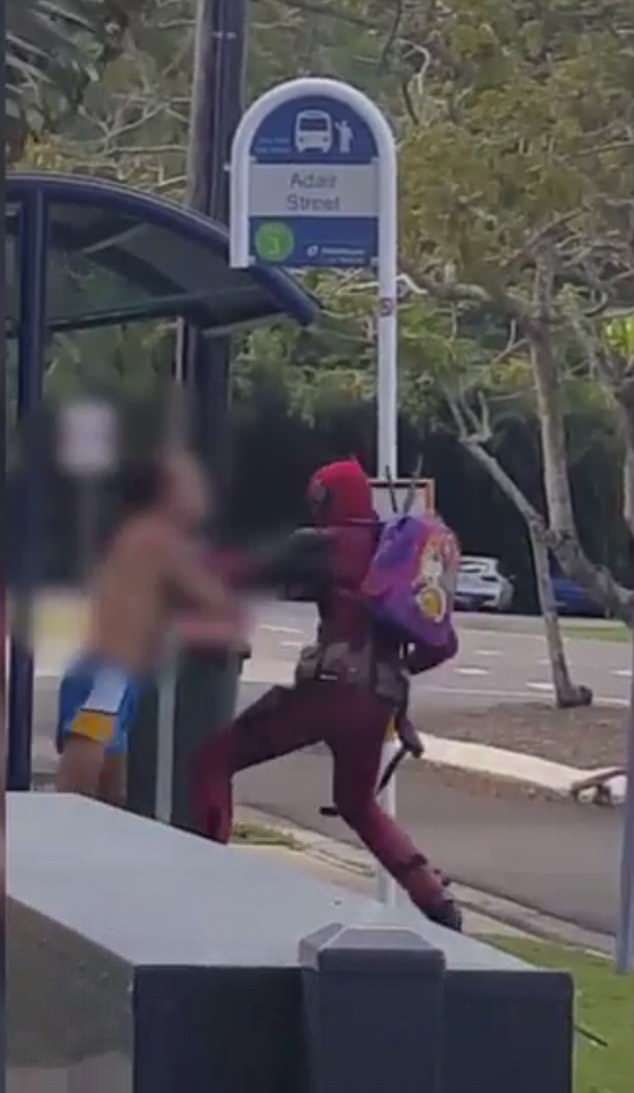 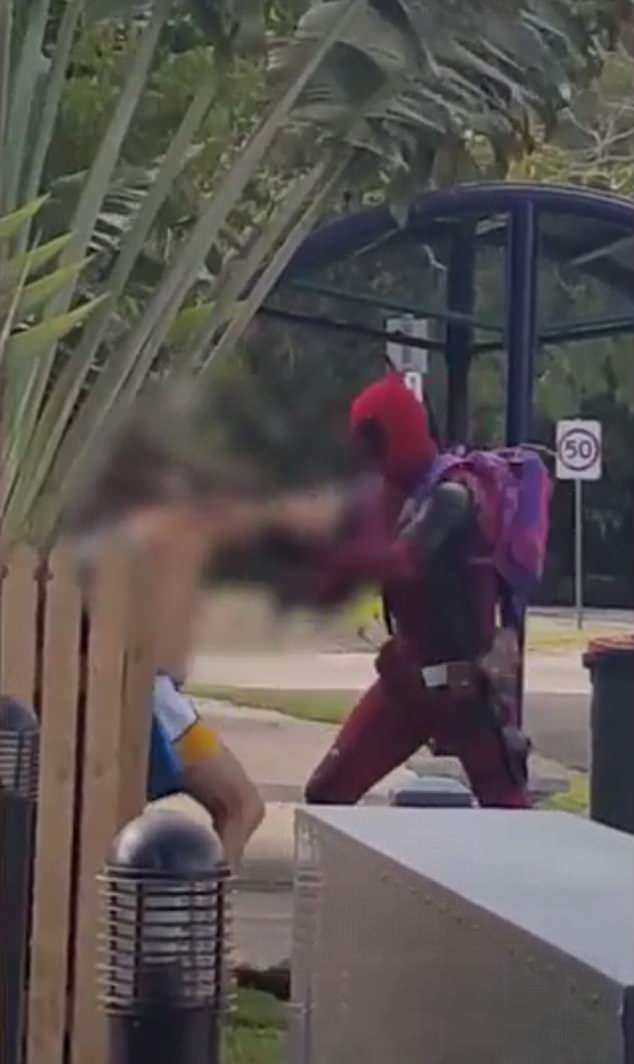 Jake Bingham, aka deadpool, admitted he had been in a fight with an older man

In the footage you can see the two men arguing before the fight turns physical.

As Mr Bingham pushes his opponent against a fence, the man filming can be heard laughing while saying: ‘I think the Power Ranger’s winning’.

Mr Bingham said the shirtless man appeared to be under the influence of alcohol and allegedly racially attacked him before the fight erupted.

He claims the older man called him ‘the N-word’ and told him to ‘get the hell out of my country’. 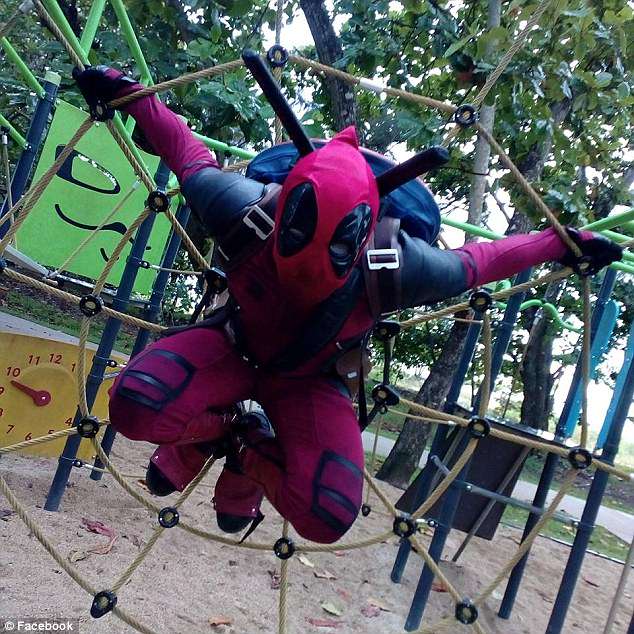 Mr Bingham added that he was determined to keep wearing the Deadpool costume, despite the trouble it caused him.

He said the fight was nothing out of the ordinary.

‘It’s something I tend to deal with sometimes, but I’m able to contain the situation and handle myself and others,’ he told the publication.

In December, Mr Bingham was placed on a $500 good behaviour bond after pleading guilty to public nuisance after he carried imitation weapons in public as part of his persona.