California has been rocked by a powerful earthquake which struck on Thursday afternoon, believed to hit around 15 miles from Ridgecrest. The 5.0 magnitude quake struck at around 1.49pm local time, (21:49 GMT) with tremors felt miles away. The strong earthquake is believed to have been felt as far away as downtown Las Vegas.

According to the Los Angeles Times, an average of five earthquakes of this magnitude occur in California and Nevada every year.

In the last 10 days, there has been 17 earthquakes of magnitude 3.0 or higher.

This recent quake occurred at a depth of 1.5 miles.

The US Geological Survey believe this was an aftershocks to the tremors that hit in July. 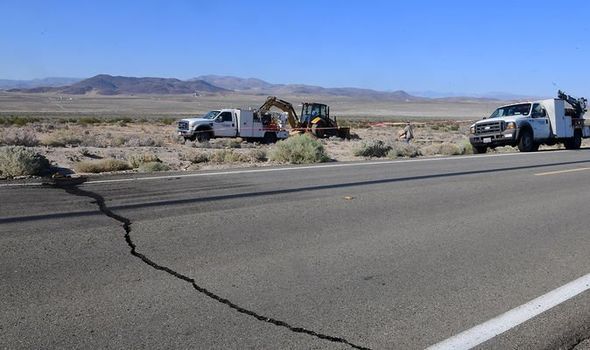 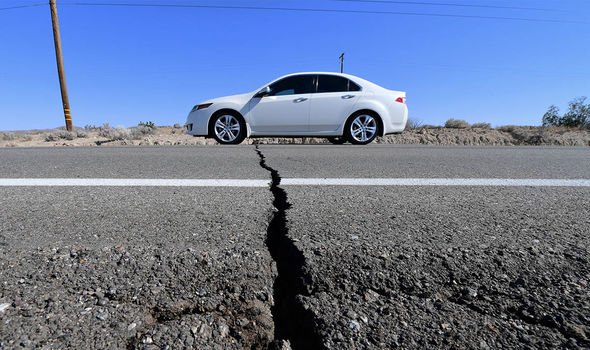 A 5.0 magnitude earthquake is considered moderate.

This can cause damage to poorly constructed buildings and is felt by everyone in the vicinity. 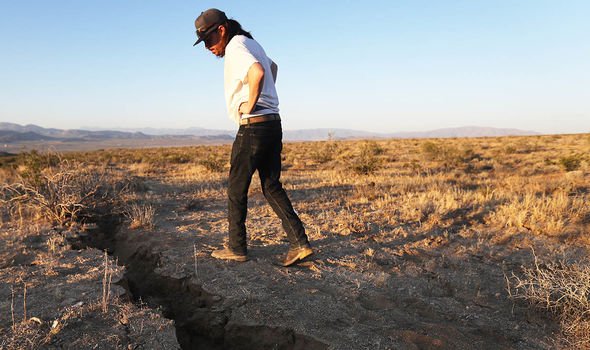 The first was thus considered strong which can cause moderate damage in populated areas and can be felt in wide areas far from the centre, but structures built to be earthquake resistant escape with usually only slight damage.

The most recent however was classed as major.

Most buildings will receive damage with some structures collapsing.

California earthquake: What is the Big One? Will it hit San Andreas?