‘It is moving faster than we though’: California emergency responders say they are struggling to contain massive wildfire that has killed two firefighters and left thousands homeless

An explosive wildfire that roared with little warning into a Northern California city claimed a second life and thousands more people abandoned their homes, some of them slipping out just ahead of the walls of flame, authorities said Friday.

A firefighter with the Redding Fire Department was killed in Shasta County. Another firefighter hired to try to contain the flames with a bulldozer was killed Thursday, authorities said.

In all, an estimated 37,000 people have fled from the so-called Carr Fire, which began Monday and tripled in size overnight Thursday amid scorching temperatures, low humidity and high winds.

Fire officials warned that the blaze would probably burn deeper into urban areas before there was any hope of containing it.

A day earlier, the flames turned the sky orange while sweeping through the historic Gold Rush town of Shasta and nearby Keswick, then jumping the Sacramento River into Redding, a city of about 92,000 people and the largest in the region. 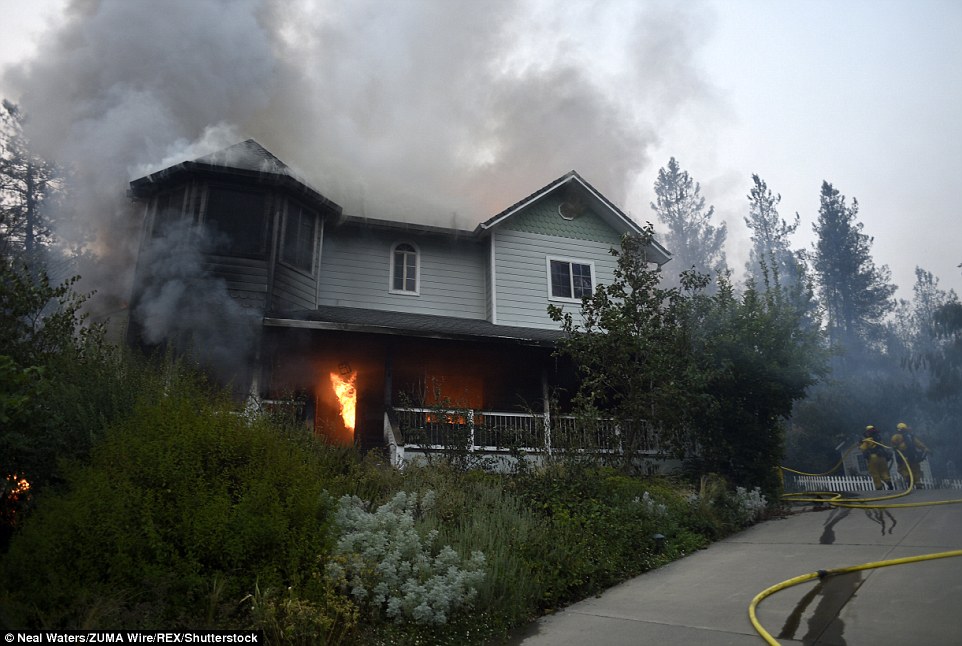 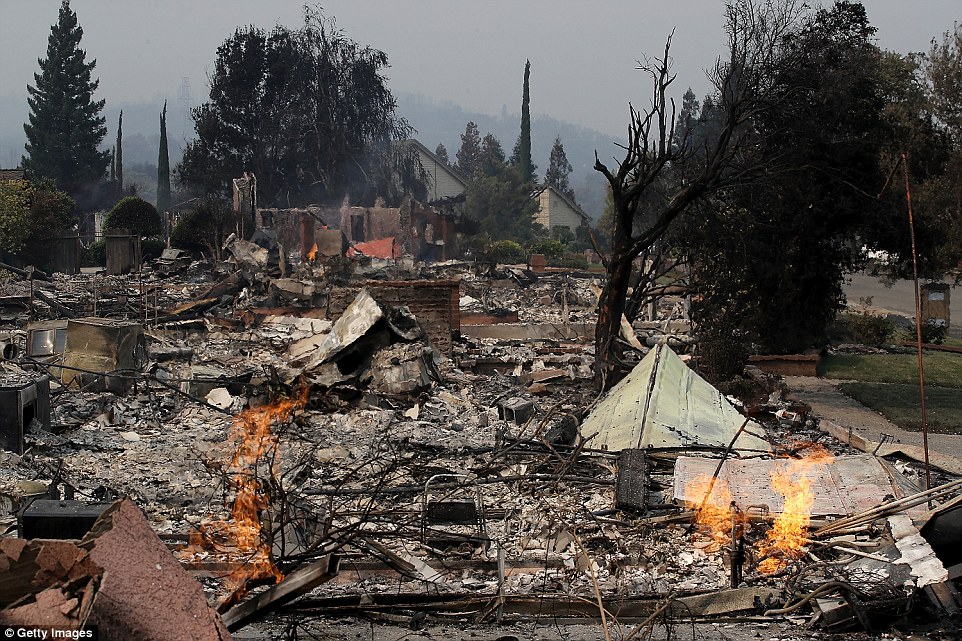 Two firefighters have dies in the blaze. Pictured is a view of a row of homes that were destroyed by the Carr Fire on July 27 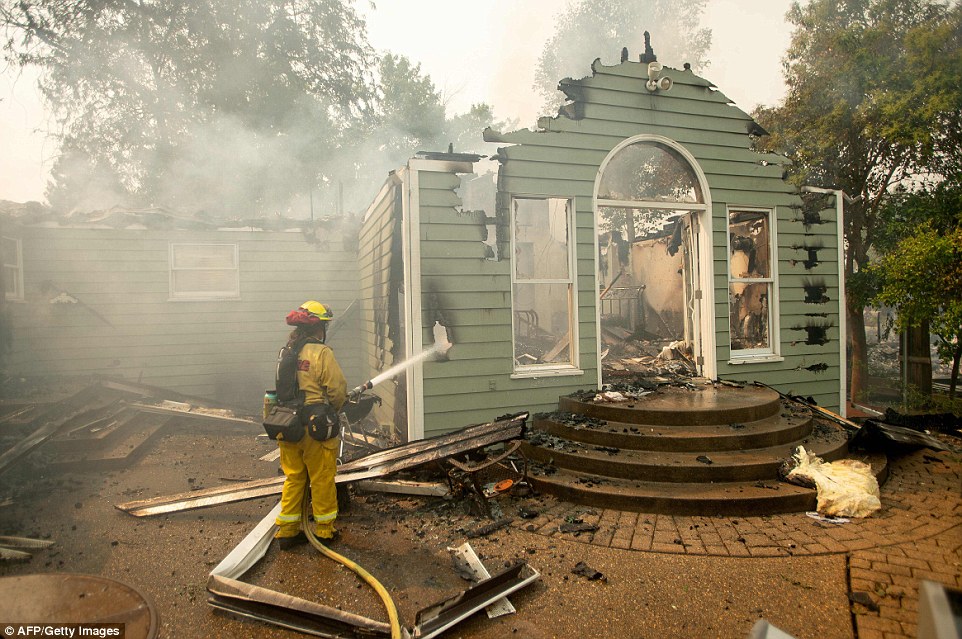 A CalFire firefighter douses flames on a burning home during the Carr fire in Redding, California 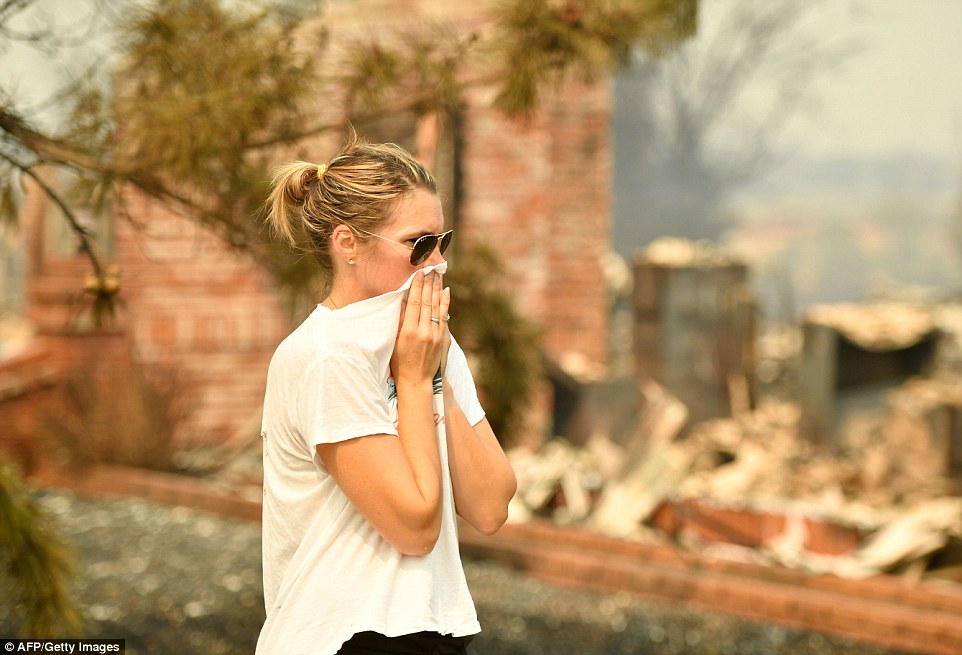 A woman, who declined to give her name, surveys damage to her grandmother’s house after the Carr Fire burned through Redding, California 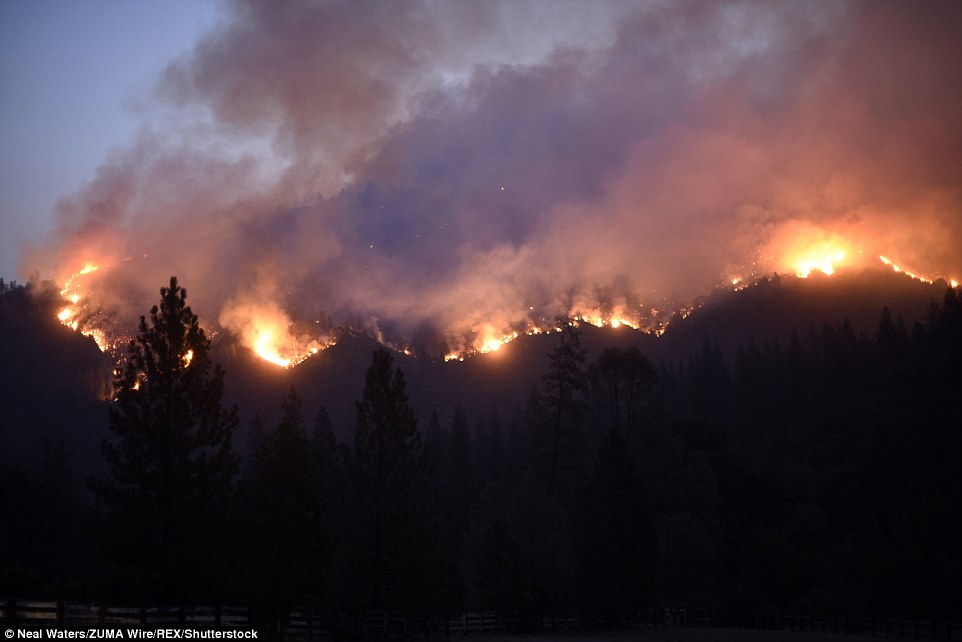 Flames have swept through the communities of Shasta and Keswick before jumping the Sacramento River and reaching Redding, a city of about 90,000 people and the largest in the region 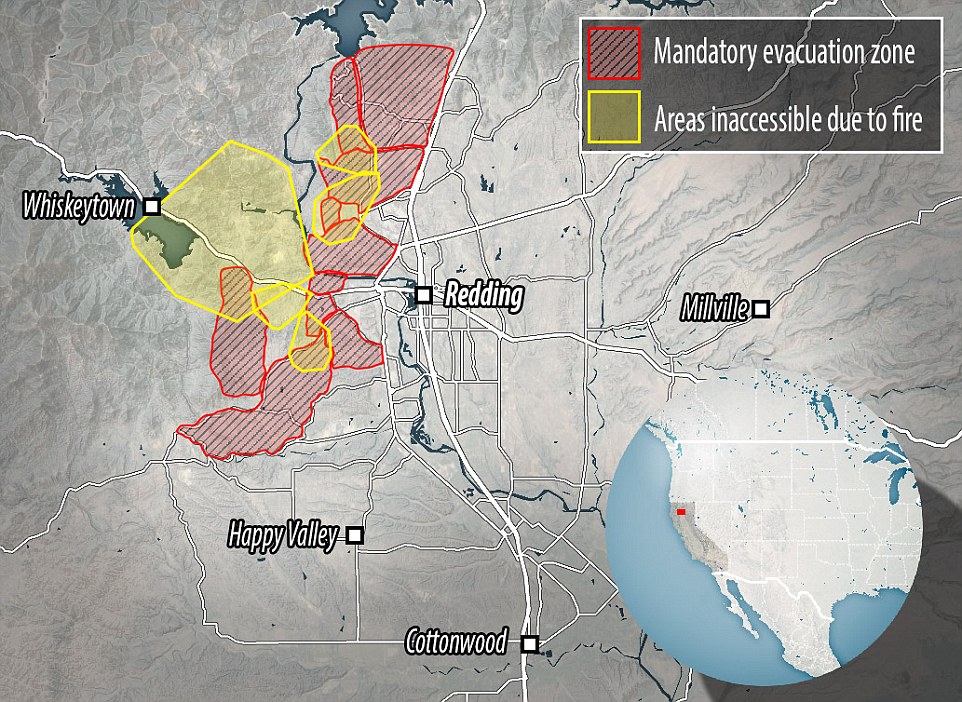 Information from the City of Redding showing mandatory evacuation zones as of 4am local time on Friday (in red), alongside data from energy company Pacific Gas and Electricity showing areas inaccessible due to the fire as of 1am local time

Steve Hobson was one of the last to leave Lake Redding Drive. A former urban and wild land firefighter three decades ago, he planned to stay behind to save his house.

But the heat burned his skin, and the smoke made it hard to breathe. He could feel the fire sucking the air from the around him, whipping up swirling embers in a ‘fire tornado,’ he said.

Police pounded on doors telling everyone to leave.

The flames on the distant hillside looked like solar flares on the sun, he said. When it came time to flee, he had to punch through walls of burning embers on both sides of the street. A tree fell right in front of him.

His perimeter fence burned along with a backyard shed and everything inside it – Christmas ornaments, china and old televisions. But his house made it through the harrowing night. 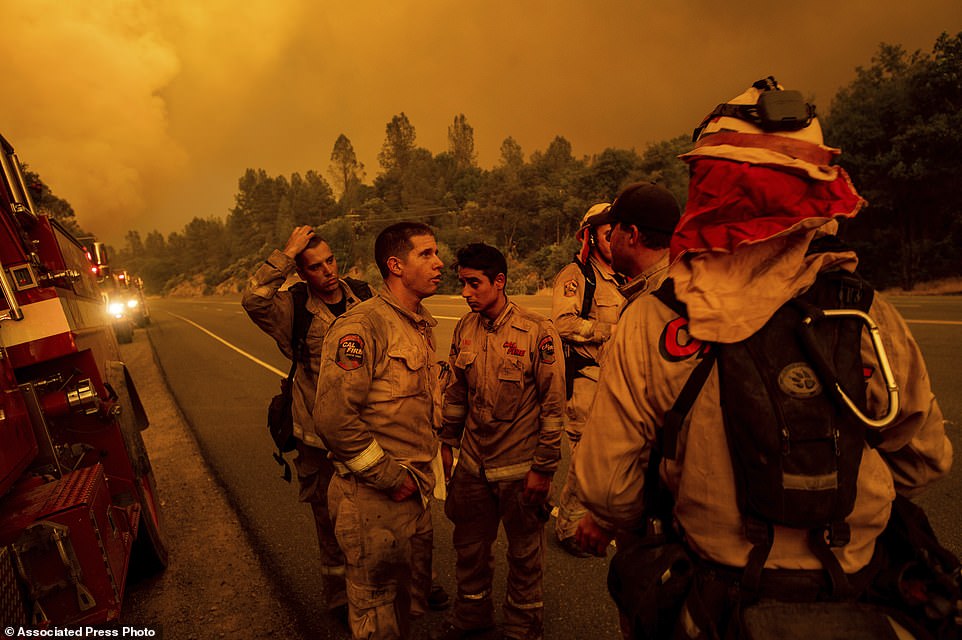 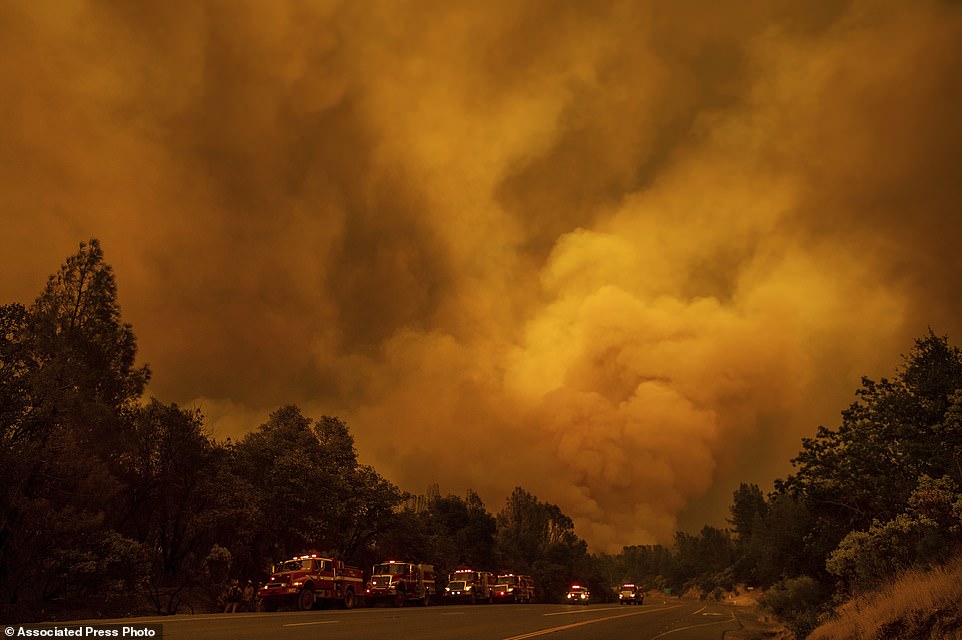 The Carr Fire burns along Highway 299 in Shasta, California, on Thursday