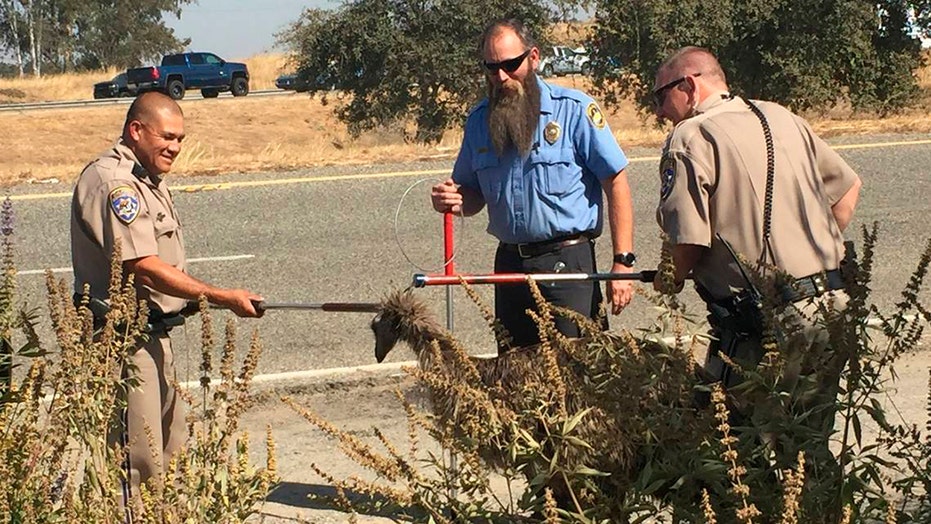 “Yeah, it really was an emu,” California Highway Patrol spokesman Gregorio Rodriguez told Fresno Bee, adding, "he kept it on the shoulder the whole way until we got to the bottom of the off-ramp."

A pair of officers used dog snares to detain the wild animal along State Route 99 in Madera County until local animal services were able to take the bird into custody. Officers still aren’t sure where the bird native to Australia escaped from, the Bee reported. The emu is the second-largest bird in the world, behind only the ostrich, and can weigh up to 120 pounds. The birds can also run as fast as 30 mph. 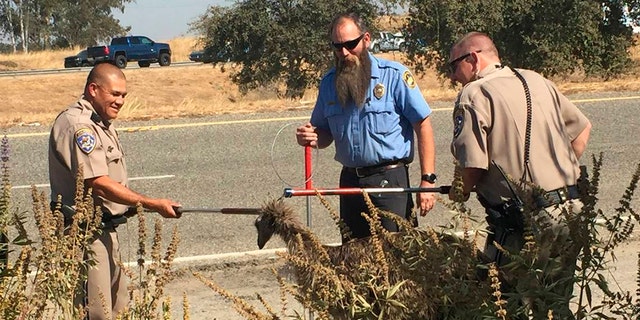 “I’m pretty sure (Animal Services) will try to find the owner or wait for someone to claim it,” said Rodriguez.

Rodriguez posted a video of the chase to the CHP's Madera office Facebook page.

“No you weren’t watching a live action [sic] Liberty Mutual commercial,” he wrote, referring to insurance commercials featuring an emu named LiMu and a man named Doug. “This afternoon we were graced by the presence of an emu … Although units did find LiMu Emu we are still looking for Doug."