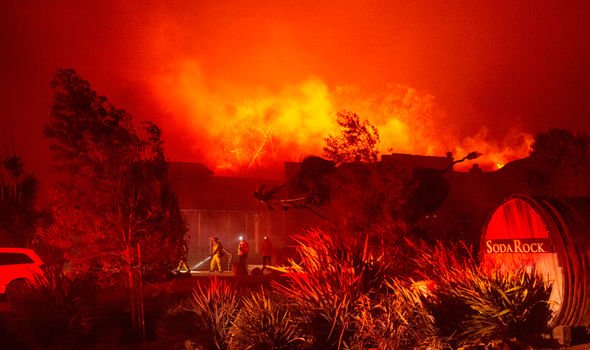 A wildfire broke out in the early hours of Monday morning in Los Angeles, triggering the evacuation of thousands of residents. The fire broke out around 1:30 a.m. (0830 GMT) and has since grown to consume more than 500 acres (202 hectares) in the scrub-covered hills around Interstate 405.

This is close to some of the city’s most expensive homes, with former California governor Arnold Schwarzenegger, basketball star LeBron James and “Sons of Anarchy” creator Kurt Sutter all revealing they had evacuated their homes.

Mayor Eric Garcetti told reporters at a press conference at least five homes had burned down but there were no reported injuries.

Mr Garcetti said: “This is a fire that quickly spread,” urging residents in the evacuation zone, which includes more than 10,000 homes, to get out quickly. 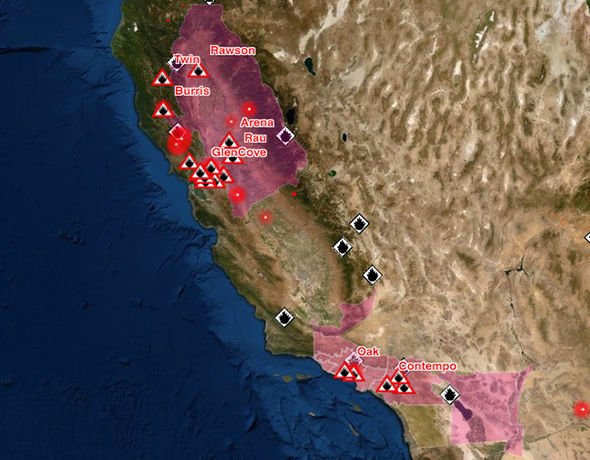 He added: “If you have an evacuation notice and you are still in your home, leave.

“We have seen tragedies before… get your loved ones and your pets and go.”

About 10,000 structures have been placed under mandatory evacuation orders, according to the Los Angeles Fire Department.

The gusty weather is causing the fire to spread, and all schools in Sonoma County have been closed for Monday and Tuesday. 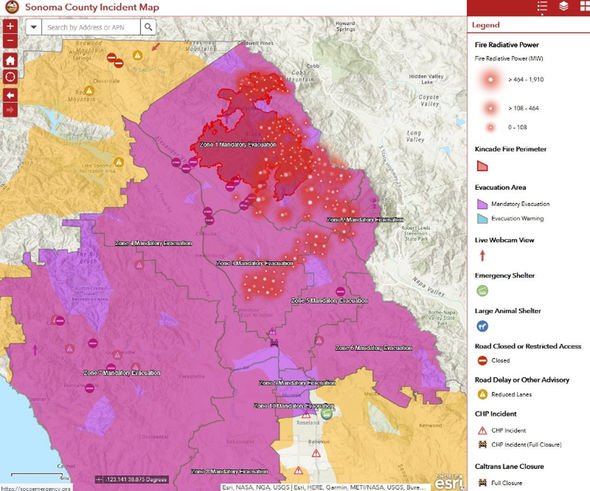 There are more than a million people without electricity across the state, as power companies work to stop damaged cables starting new fires.

Another million residents have been warned they too may look power.

The main evacuation area spans across a huge area of Sonoma County, including Santa Rosa.

Sonoma has been bombarded by the Kincade Fire, which began on Wednesday and has burned through 50,000 acres of land, fanned by high winds.

The Kincade Fire is only five percent contained, and firefighters continue to battle the dangerous blaze.

There are nearly 3,400 personnel on fire lines.

In response to the Getty Fire, the premier for Terminator: Dark Fate starring Arnold Schwarzenegger and Linda Hamilton has been cancelled. 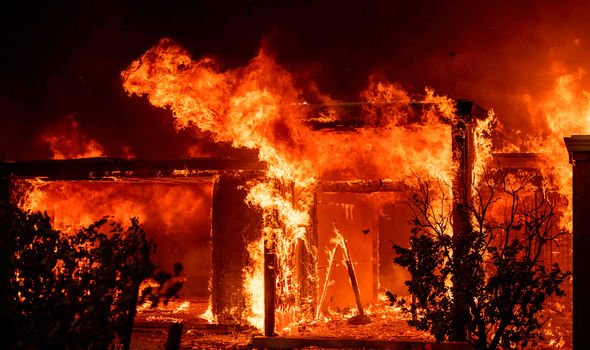 The glitzy bash was to be held at Hollywood’s historic TCL Chinese Theatre on Monday evening.

“We will be donating food intended for the after-party to the American Red Cross, which is serving those affected by the fires.”

Mr Schwarzenegger, who plays a murderous robot in the Terminator franchise, sad he evacuated his home “safely” at 3.30 am on Monday.

He urged others in the area to do the same.

The 72-year-old tweeted: “We evacuated safely at 3:30 this morning.

“If you are in an evacuation zone, don’t screw around. Get out.

“Right now I am grateful for the best firefighters in the world, the true action heroes who charge into the danger to protect their fellow Californians.”