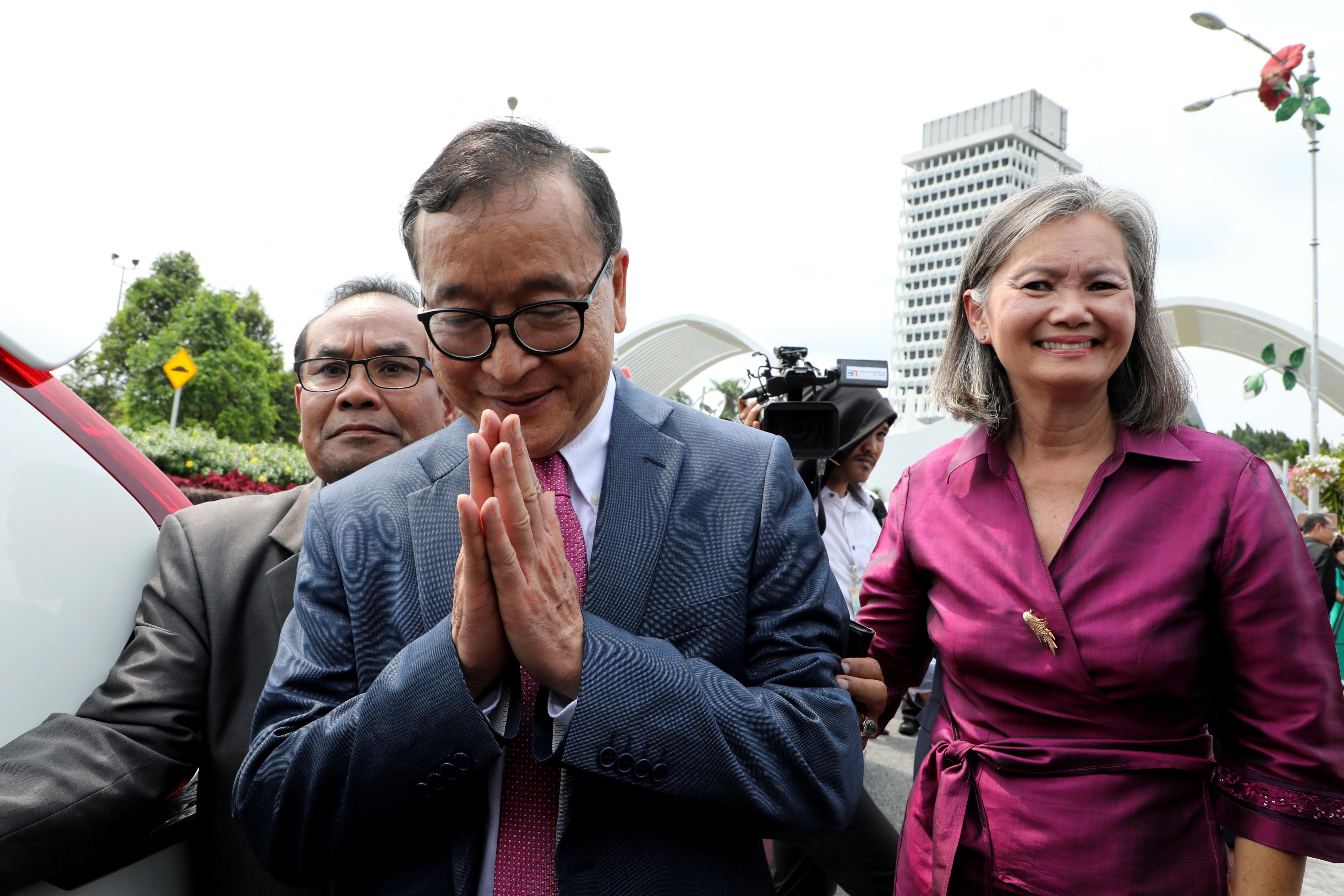 In a sign of the increasing pressure on Cambodia, the government relaxed house arrest conditions at the weekend on Sam Rainsy’s former opposition party ally, Kem Sokha, although it did not withdraw the two-year-old treason charges against him.

Sam Rainsy, 70, flew into Malaysia on Saturday, after saying a plan to return to Cambodia by land had been foiled when he was refused permission to board a plane to Thailand in Paris last week.

In Kuala Lumpur, Sam Rainsy met parliamentarians from both the ruling party and the opposition.

“There are MPs who support democracy in Cambodia,” he told reporters after the meeting in parliament. “We believe that they will promote the values of democracy and human rights for the whole of Asia.”

Sam Rainsy and Kem Sokha, 66, have been locked in a long struggle against Hun Sen, 67, a former Khmer Rouge commander who has ruled the country for more than 34 years during which it has been transformed from a country destroyed by war.

Hun Sen’s government has characterized Sam Rainsy’s plan to return home as a coup but said there was no bar on him, other than his own reluctance to face the law.

Sam Rainsy fled a defamation conviction and other charges in 2015 and has largely lived in France since. In Malaysia, he said he would still find a way to return home, but did not say when or how.

Fellow Cambodia National Rescue Party (CNRP) founder Kem Sokha was arrested in 2017 and charged with treason – an accusation he dismissed as political – in the run-up to 2018 elections swept by Hun Sen.

In Phnom Penh, Kem Sokha received the German and Australian ambassadors on Tuesday a day after meeting French and U.S. envoys. Western countries have called for charges against him to be dropped and political prisoners to be released.

More than 50 people were arrested in the weeks since Sam Rainsy said he planned to return home.

On Monday, the European Union called for the freeing of prisoners and for conditions to allow a credible opposition, as well as “a process of national reconciliation through genuine and inclusive dialogue”.

The European Commission will issue a report on Tuesday on the possible removal of preferential trade terms from Cambodia over its crackdown on the opposition, although a decision will not be due until February.

The withdrawal of EU trade preferences under the “Everything But Arms” scheme for poorer countries could be very damaging if it targeted the garment sector, the biggest employer in the country of 16 million.

The European Union accounts for more than one-third of Cambodia’s exports.