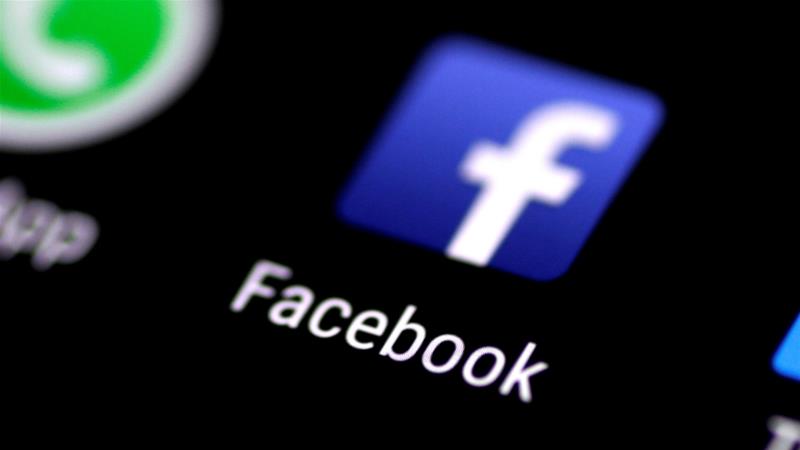 The company, which worked on Donald Trump’s 2016 presidential campaign and the pro-Brexit campaign as a consultant, then used that information to build a software program which could target potential swing voters, the newspapers found.

In response to the reports, the attorney general for the US state of Massachusetts said her office was launching an investigation into the allegations.

The UK’s governmental privacy watchdog also announced on Saturday that it will start an investigation “into the circumstances in which Facebook data may have been illegally acquired and used”.

Saturday’s reports came a day after Facebook said it was suspending Cambridge Analytica from its platform after finding that its policies had been violated.

According to the newspapers, a former Cambridge Analytica employee turned whistle-blower said the data was gathered under the pretence of “academic research”, but was then illegally used to tailor political ads.

Whistle-blower and data analytics expert Christopher Wylie, one of the co-founders of Cambridge Analytica, told the newspapers that the company approached a Russian-American researcher named Aleksandr Kogan at Cambridge University on how to use Facebook information to profile people’s political and personal views.

Wylie said Kogan and his company, Global Science Research (GSR), then built an app in collaboration with Cambridge Analytica called thisisyourdigitallife separately from his work at the university.

Hundreds of thousands of users who downloaded the app agreed to have their data collected and used for academic research in exchange for a small monetary payment.

However, the app not only collected personal information of the people who downloaded the app, but also of unknowing friends, according to the newspapers’ investigation.

This allowed GSR and Cambridge Analytica to build highly detailed profiles of 50 million people, despite the fact only 270,000 people agreed to have their data collected.

Combining this information with algorithms, Cambridge Analytica was able to identify and potentially influence swing voters, the newspapers reported.

GSR, which specifically stated the data would only be used for academic research, appeared to violate Facebook policies as the social media company does not allow the sale of the information to third parties.

The technology developed by Cambridge Analytica and its affiliate SCL was used for several political campaigns, among them Trump’s and Ted Cruz’s presidential runs, as well as the Brexit campaign in the UK.

Cambridge Analytica claims in a statement that it did not use the gathered data for its work with the Trump presidential campaign and that it follows Facebook’s terms of services.

Late February, during a UK inquiry into fake news, the company denied it ever worked for the Brexit camp, despite claims by the pro-Brexit campaign it had sought the advice of Cambridge Analytica.

‘Not all data was deleted’

Facebook said in a statement on Friday that it had become aware in 2015 that its policies had been violated.

“When we learned of this violation in 2015, we removed his app from Facebook and demanded certifications from Kogan and all parties he had given data to that the information had been destroyed,” the social media company said.

“Cambridge Analytica, Kogan and Wylie all certified to us that they destroyed the data,” it added.

However, according to the newspapers’ investigation, copies of the large swaths of data are allegedly still available according to The New York Times.

Facebook also said on Friday that after becoming aware that “not all data was deleted”, it was “moving aggressively to determine the accuracy of these claims”.

It added that it was suspending Cambridge Analytica, SCL and Kogan from its platform.

Facebook added on Saturday the data gathered was not the result of a breach, but that people knowingly provided their information and no sensitive pieces of information were stolen.