A stone sculpture commemorating 170 years of the rules of football has been slammed as an ‘ugly monstrosity’ by local residents.

The rules of football were first written down by Cambridge students in 1848, following a match on Parker’s Piece fields.

To celebrate 170 years since the day they were jotted down, the city’s council commissioned a sculpture made up of four stone pillars, adorned with the original rules in a number of different languages, which has now been unveiled at the site.

But local residents are less than impressed with the new addition to the city, with one reader of the local newspaper Cambridge News, branding it ‘ugly’ and another calling it ‘monstrous’. 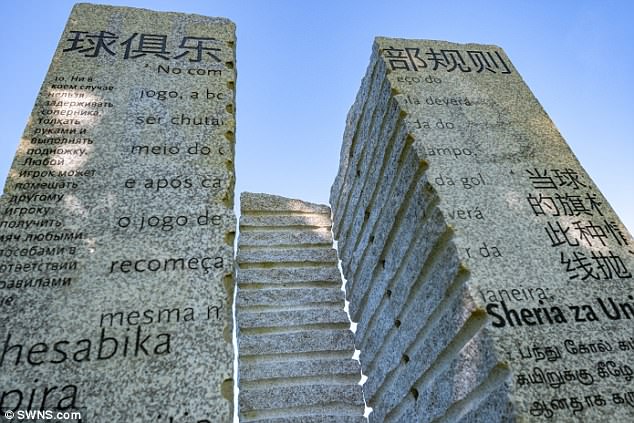 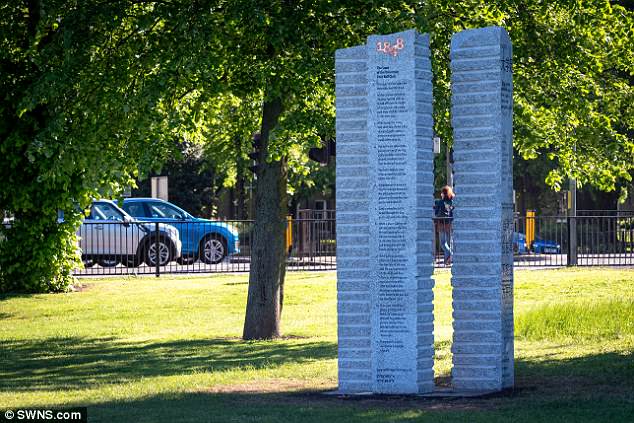 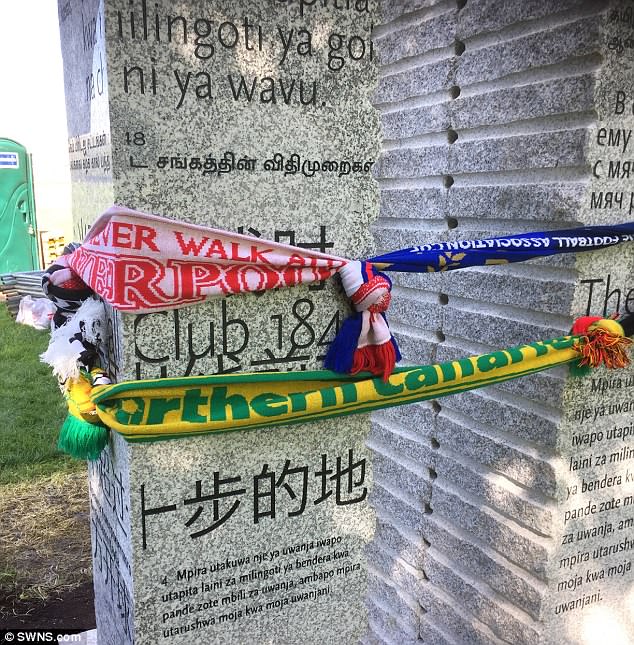 One said: ‘It looks a lot like one of those scrap paper books in stationary shops to test pens.’

Another local resident wrote: ‘Its actually worse than expected. Poor design with crude blunt granite cuttings and lacking in any real aesthetic fineness. Is there really nothing better they could come up with for over £100K?’

Another asked: ‘Will a sign saying ‘No Ball Games ‘ appear when the kids and language students who use Parkers Peice start kicking a football against this VERY expensive work of art?’

The Cambridge Rules of football include goal kicks, throw-ins, forward passes and preventing footballers running whilst holding the ball, with elements later adopted by the Football Association. 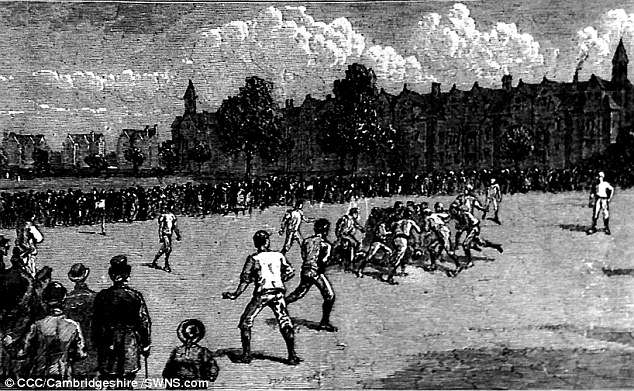 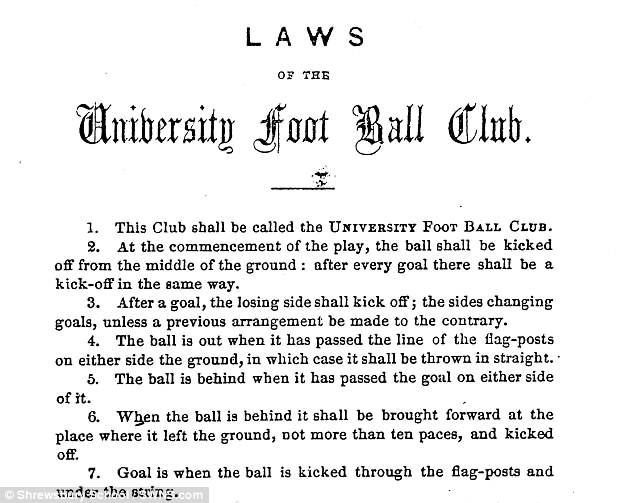 The sculpture, named ‘Cambridge Rules 1848’, is one of five monuments set to be unveiled around the world, with others in Brazil, China, Kenya and Egypt.

Local councillor Anna Smith said: ‘We felt that this proposal reflected both the key role that Cambridge played in the development of modern football and the way the Cambridge Rules travelled across the globe.

‘We were also conscious that this was the proposal that local people said they wanted.

‘And with Manchester United coming to the Abbey Stadium at the end of the month, I’m really happy a good piece of art has been recommended to celebrate the people’s game – instead of just a plaque on a bin.’

What were the students 1848 Cambridge Rules of football? 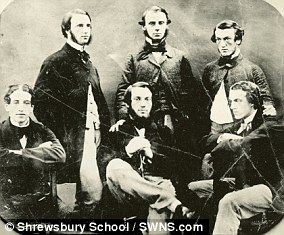 Some of the students who devised the rules

The laws of the university football club, 1848, stated:

1. This club shall be called the University Foot Ball Club.

2. At the commencement of the play, the ball shall be kicked off from the middle of the ground: after every goal there shall be a kick-off in the same way.

3. After a goal, the losing side shall kick off; the sides changing goals, unless a previous arrangement be made to the contrary.

4. The ball is out when it has passed the line of the flag-posts on either side of the ground, in which case it shall be thrown in straight.

5. The ball is behind when it has passed the goal on either side of it.

6. When the ball is behind it shall be brought forward at the place where it left the ground, not more than ten paces, and kicked off.

7. Goal is when the ball is kicked through the flag-posts and under the string.

8. When a player catches the ball directly from the foot, he may kick it as he can without running with it. In no other case may the ball be touched with the hands, except to stop it.

9. If the ball has passed a player, and has come from the direction of his own goal, he may not touch it till the other side have kicked it, unless there are more than three of the other side before him. No player is allowed to loiter between the ball and the adversaries’ goal.

10. In no case is holding a player, pushing with the hands, or tripping up allowed. Any player may prevent another from getting to the ball by any means consistent with the above rules.

11. Every match shall be decided by a majority of goals.