Canadian town of Asbestos changes its name due to 'harmed tourism'

The Canadian town of Asbestos has officially changed its name to Val-des-Sources (Valley of the Springs) after connotations with the cancer-causing mineral resulted in ‘harmed tourism.’

Approximately half of the town’s 6,800 residents (2,796) turned out for a parking lot-based car vote or directly voted at the council offices last week in the municipality, located in southeastern Quebec.

The results were announced Monday evening with the winning name – related to its proximity to the source of three lakes – garnering 51.5 percent of the votes up against five other options; L’Azur-des-Cantons, Jeffrey-sur-le-Lac, Larochelle, Phénix and Trois-Lacs.

Last November, a poll was announced for residents to participate in the rebranding of the town – home to the mineral widely used around the world to insulate buildings, before it was discovered that its fibers lead to various lung conditions and mesothelioma. 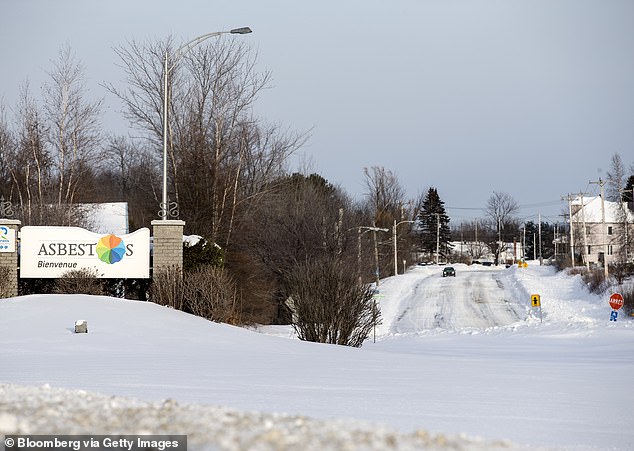 This photo taken on July 21 2020, shows what’s left of the Jeffrey mine in Asbestos, Quebec. The open-pit mine was first opened in 1849 and was once the largest employer in the region, employing more than 2,000 people

This September the options of Apalone, Jeffrey, Phénix and Trois-Lacs were put forward.

Alapone was suggested by Greenpeace Canada but Facebook user Lyne Dion was among those unimpressed, writing: ‘I wouldn’t be proud to say that I live in a soft turtle city.’

There also concern that Jeffrey could continue the harmful reputation of the town as it’s named after W.H. Jeffrey and the world’s largest asbestos mine which was closed in 2012.

The open-pit mine was first opened in 1849 and was once the largest employer in the region, employing more than 2,000 people.

However Mayor Hugues Grimard claimed investors refused to take his business cards during a trip to Ohio and many people were struggling in the aftermath of the closure the mine.

Visitors to Asbestos can explore the heritage on its three trails; English Tea, Fall Colours and Christmas Markets. They look at the unique American and British heritage of the Eastern Townships through its landscapes and local hospitality.

Plus the Townships Trail explores the traces of culture American, Loyalist, Irish and Scottish settlers left in the architecture of the homes, churches, covered bridges, round barns and village centers.

The area is also known for its various relaxing Nordic spas which offer privacy indoors or the option of outdoor views. Outdoorsy people also enjoy the 25-year-old La Route verte bike path (3,291 miles) along the coast plus camping at l’Ouiseau Blu, which has a golf course and lake swimming.

The Moulin 7 Microbrasserie brew pub that honors the town’s heritage by naming drinks after the area – Mineur (miner).

There are two accommodations; the 2-star Complexe Hotelier Le Williams with 25 rooms and 4-star Centre 03 with 24 rooms.

But after locals expressed disappointment, they changed the name options on October 2 and three rounds of voting took place. 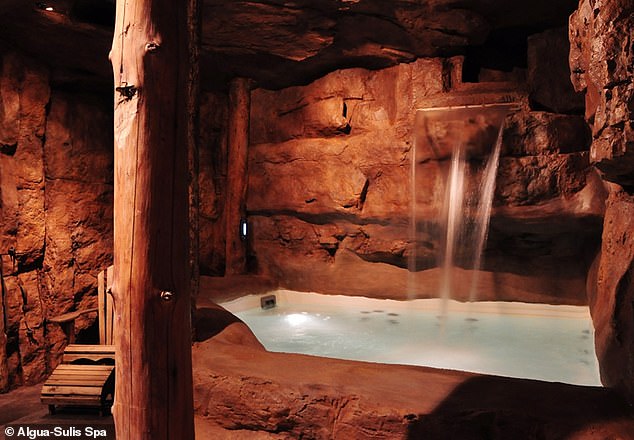 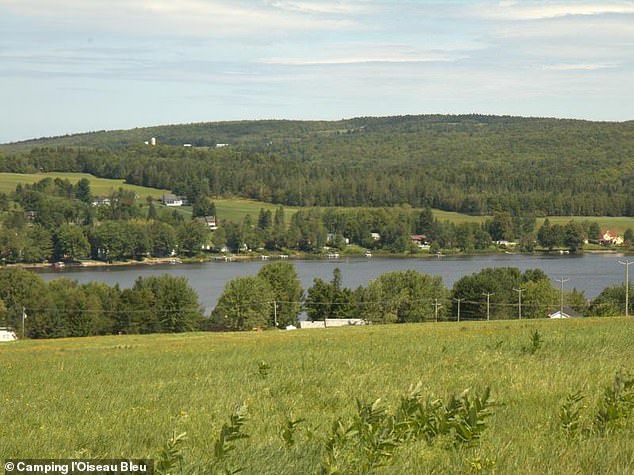 It was expected that the name changing process will cost around $100,000.

‘There is really a negative perception around asbestos,’ Mayor Hugues Grimard told CBC.

‘We have lost businesses that don’t want to establish themselves here because of the name.’

According to the town’s website, residents are known for being ‘transparent’ and this personality trait is even represented in its Azalea logo which features heart-shaped petals overlapping each other to portray this.

The various colors of the petals represent the diversity of people, services, activities offered and economic sectors.

Asbestos is said to be oriented towards sustainable development, offering services adapted to the needs of its citizens.

Visitors might be attracted to its four seasons hiking and cross-country ski trails, as well as public bathing areas, various parks, plus events including a gourmet food and mineral festivals. 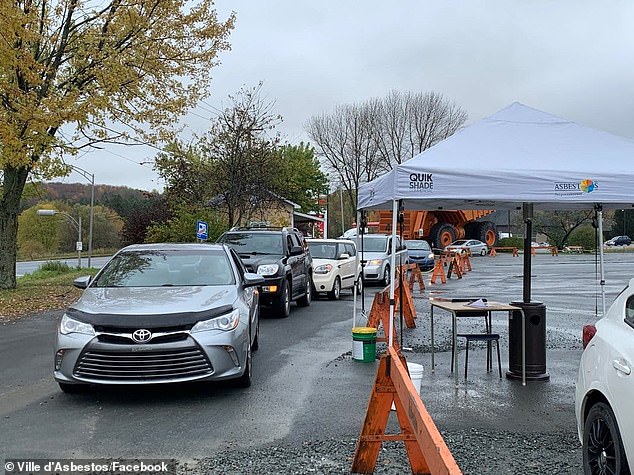 Approximately half of the town’s 6,800 residents (2,796) turned out for a parking lot-based car vote The results were announced Monday by Mayor Hugues Grimard with the winning name garnering 51.5 percent of the votes 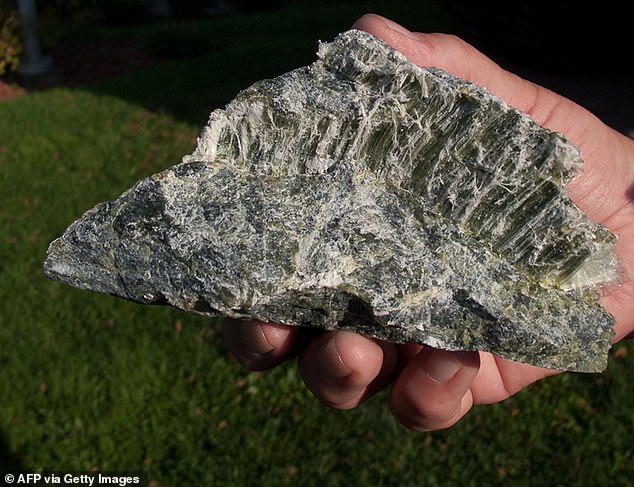 This October 7, 2011 image shows a piece of extracted serpentine, which contains Chrysotile Asbestos fibers. Quebec once produced half of the world’s asbestos and offered the highest-paying mining jobs in Canada before concern about cancer led to the fire-resistant fiber being banned in more than 50 countries, with the mine finally shutting down in 2012