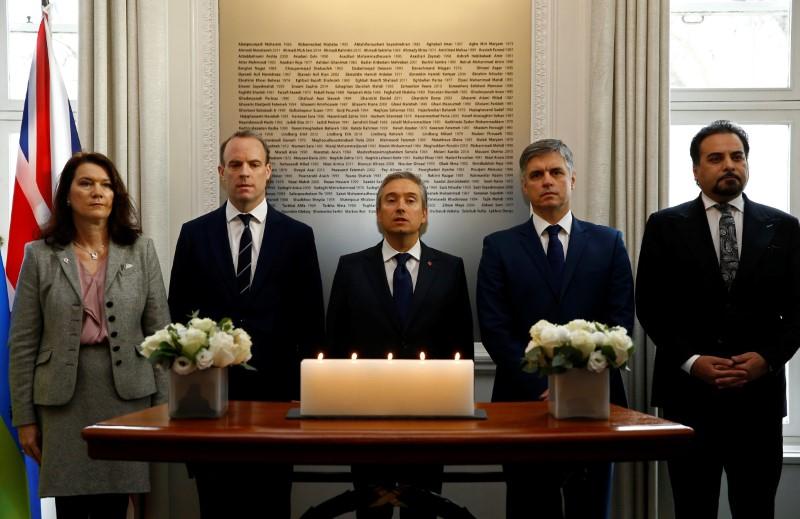 LONDON (Reuters) – Foreign ministers from Canada and Britain paid their respects on Thursday to those who died when Iran shot down an airliner last week, ahead of talks between the affected countries to discuss their response.

Canada’s Francois-Philippe Champagne and Britain’s Dominic Raab, with the foreign ministers of Ukraine, Sweden and Afghanistan, each lit a candle to commemorate the victims at the Canadian High Commission in London, and paused for a moment of reflection before the meeting began.

The five nations had citizens on the plane, which was downed on Jan. 8 shortly after it left Tehran en route to Kiev, and have formed an international response group to co-ordinate their next steps. Ukraine and Canada have raised the prospect of legal action against Iran.

Iran admitted on Saturday it had shot down a Ukraine International Airlines plane in error, after initially denying it had a role in the incident. All 176 people aboard, including 57 Canadians, were killed.

Most of those on Ukraine International Airlines flight 752 were Iranians or dual citizens, many of them students returning to their studies abroad or families on their way home after seeing relatives in Iran. Many of the victims were academics, researchers and students linked to 19 Canadian universities.