Carillion bosses were ‘too busy stuffing their mouths with gold’

‘Shyster’ bosses at failed construction giant Carillion were too busy ‘stuffing their mouths with gold’ to take proper care of the company, a devastating report has found.

Directors are to blame for the collapse of the government contractor, which wildly pursued growth and misrepresented its finances, according to an excoriating MPs’ report.

The business and work and pensions select committees also questioned whether directors of the firm were involved in wrongful trading. Former chairman Philip Green was mocked for ‘interpreting his role as that of cheerleader-in-chief’, while ex-finance chief Richard Adam came under fire as the ‘architect of the firm’s aggressive accounting policies’. 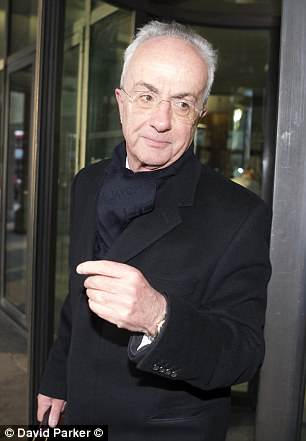 Former chairman Philip Green (left) was mocked for ‘interpreting his role as that of cheerleader-in-chief’, while ex-finance chief Richard Adam (right) came under fire as the ‘architect of the firm’s aggressive accounting policies’

The damning inquiry report also slams the ‘feeble’ response of regulators supposed to keep tabs on the company, and calls for major regulatory reform. In the report, based on interviews and evidence from Carillion directors, shareholders, banks and regulators, the committees:

The MPs warned that the fate of Carillion, which employed 58,000 people around the world, could be repeated soon. Work and pensions committee chairman Frank Field said the board were ‘too busy stuffing their mouths with gold to show any concern for the welfare of their workforce or their pensioners’.

He added: ‘This is a disgraceful example of how much of our capitalism is allowed to operate, waved through by a cosy club of auditors, conflicted at every turn.

‘Government urgently needs to come to Parliament with radical reforms to our creaking system of corporate accountability. British industry is too important to be left in the hands of the likes of the shysters at the top of Carillion.’

Carillion collapsed into compulsory liquidation in January 15 with debts of more than £5 billion, including a pensions deficit of nearly £1 billion and with only £29 million cash in the bank.

More than 2,200 workers have been made redundant in the UK’s biggest corporate failure in more than a decade. Many of Carillion’s 30,000 suppliers are expected to get back a fraction of the £2 billion thought to be owed, while the 27,000 members of the pension scheme will also be paid less.

The collapse has come under particular scrutiny because of the firm’s rapid deterioration from March last year, when its accounts were signed off with a clean bill of health by KPMG. By July, it had written off £854 million, causing shares to nose-dive.

MPs found the firm’s failure to turn a profit from key contracts was masked ‘for a long time by a continuing stream of new work’, and by ‘accounting practices that precluded an accurate assessment of the state of these contracts’. 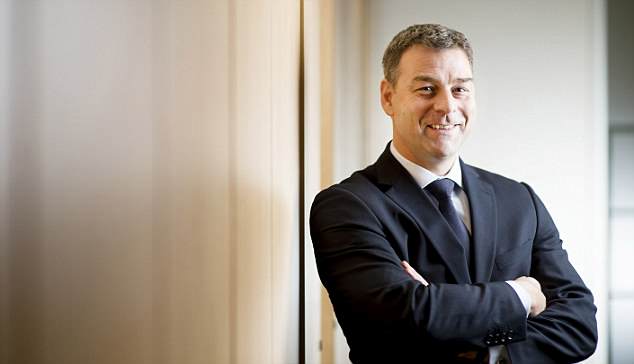 They paid out ever-increasing dividends, creating the impression of a healthy and successful company, MPs found. The firm went into freefall after an announcement owning up to its problems to the stock market in July, slashing its value from more than £2 billion to £90 million in a few months.

Fiasco almost cost me my home

Andy Bradley was forced to lay off ten employees

Days after Carillion went bust, Andy Bradley was forced to lay off ten employees amid fears the business he had nurtured for 20 years would collapse.

The 58-year-old managing director of horticultural services company Flora-tec in Cambridge even considered selling his family home to cover the costs he faced.

His company, which had branches in Hertfordshire, Surrey, Birmingham, Chester and Leeds, was owed more than £800,000 by the Wolverhampton-based construction contractor for landscaping work. Although Mr Bradley’s business is stabilising he is still hundreds of thousands of pounds out of pocket and said Carillion executives should be held to account over the ‘scandal’.

He said: ‘We’ve managed to trade out of the losses of Carillion and we’ve actually been recruiting some people back into the business. Some of them are people that we had laid off and some of them are new people. We’re in a much better place.

‘It’s a scandal and they need to be held to account. When businesses like that appear to fall into the hands of people who don’t act in the best interest of shareholders or the supply chain, lessons need to be learned. I just try hard not to think about the money now.’

MPs said ‘board members did not give the impression that they were acutely conscious of the wide range of legal duties they had’.

They added: ‘His misguided self-assurance obscured an apparent lack of interest in, or understanding of, essential detail, or any recognition that Carillion was a business crying out for challenge and reform.’ They described Mr Adam, 60, finance director between 2007 and 2016, as the dominant personality in the finance department, noting how he ‘got out at the right time’ and sold all his shares before the price collapsed. They praised his ultimate successor Emma Mercer, saying she had been willing to speak the truth.

MPs said ex-chairman Mr Green, 65, ‘interpreted his role as to be an unquestioning optimist, an outlook he maintained in a delusional, upbeat assessment of the company’s prospects only days before it began its public decline’.

Mr Howson and Mr Adam have rejected appeals to give back bonuses they received from the firm. Mr Howson earned £1.5 million during 2016 including a £245,000 bonus while Mr Adam was paid £1 million including a £140,000 bonus. The inquiry said bosses ‘sought to blame everyone but themselves for the destruction that they caused’.

Mr Green said much of the report did not accurately reflect the true picture, adding: ‘The board always sought to make decisions on the best available information and with the best professional advice; furthermore we always strived to act in the interests of the company and all its stakeholders.’