A serial suitcase thief who travelled the world stealing baggage was finally caught this week.

Patrick Coulier, 57, was seen on CCTV stealing the upmarket Rimowa case belonging to Chinese traveller Cai Zhe from the luggage carousel at Suvarnabhumi Airport in Bangkok, Thailand, on January 2. 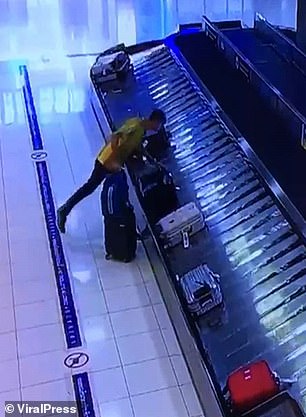 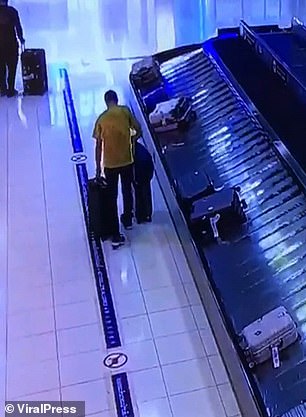 CCTV shows Patrick Coulier, 57, in a yellow t-shirt stealing a suitcase from Suvarnabhumi Airport in Bangkok

Officers pounced on Coulier, from Belgium, yesterday evening at 6:30pm as he tried to board a flight to Vietnam.

Coulier admitted stealing suitcases on 27 different occasions from airports around the world without being caught.

He said: ‘I will look for ordinary suitcases that don’t look to expensive, so that officers will not suspect my behaviour.’

Police said that Cai had arrived on an AirAsia flight from China with the luggage he had checked into the hold containing two jade statutes worth £1,560, a Gucci belt valued at £414 and clothes. The total value was £2,512.

After reporting his case missing, cops reviewed CCTV and noticed a tall man in his 50s, walking suspiciously around the baggage claim area and taking the bag of a victim from a luggage belt. He then rushed out of the airport by a taxi.

The thief was later identified as Patrick Coulier from Belgium. An arrest warrant was issued by the Royal Thai Immigration Police for ‘theft from an airport’. 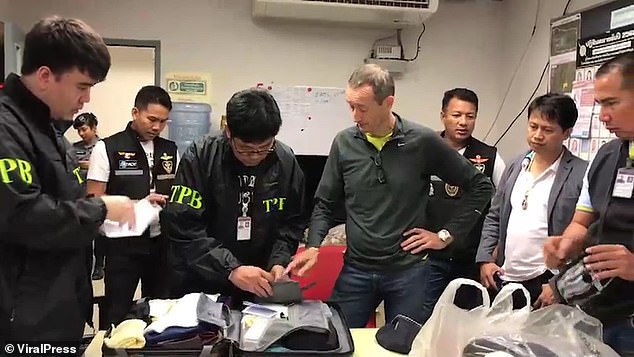 Patrick Coulier, 57, in the grey sweater, talks with airport police as they check his luggage

Officers waited until he returned to the airport for his departure flight before arresting him.

Coulier confessed and told the police that he had carried out luggage thefts at many airports several times without getting caught.

He was sent to the Samut Prakan Police Station and is currently in custody for further questioning. 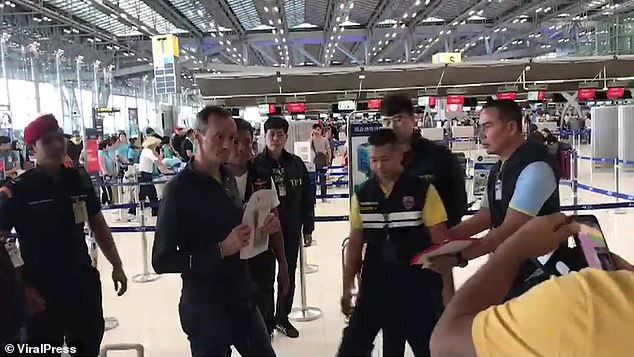 Police Major General Teenpon Kuptanon said: ‘The Belgian man was preparing to leave the country when we caught him. He confessed that he stole the luggage and was detained for further legal proceedings.

‘This was a successful operation to catch the thief. They thought that they could escape justice but at the airport, the eyes of the Thai police are everywhere.

‘He had performed many thefts previously but our team caught him.’ 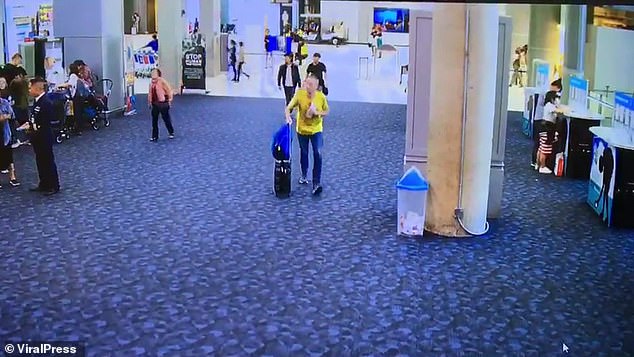