This is the hilarious moment a cat looks completely terrified at it watches lions feasting on a fresh kill in a TV documentary.

The British Shorthair cat looks frozen with fear at it watches the fearsome predators devour their food.

The funny footage was captured by the cat’s owner who can be seen filming the clip in the mirror, in Guangzhou City, China. 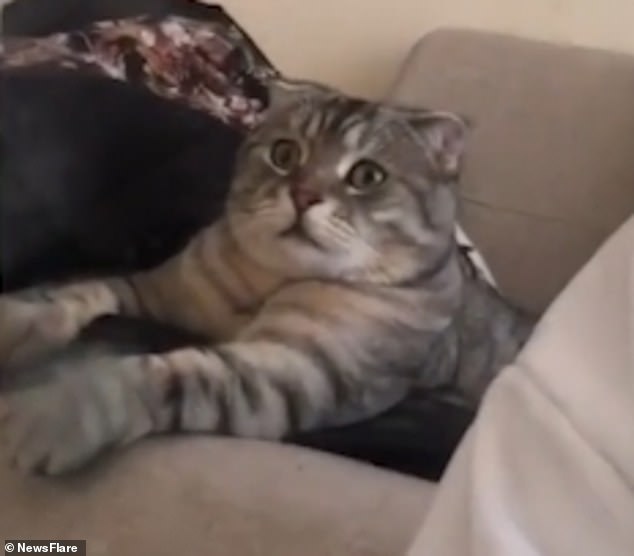 Scaredy Cat: The British Shorthair is frozen with fear as it watches the pack of lions tear into a fresh kill 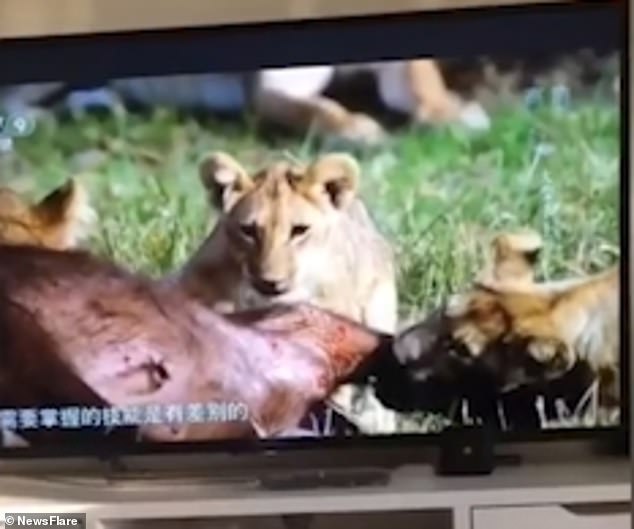 Reflected back in the mirror is the face of the terrified grey-coloured moggy sat on the sofa.

The three-year-old cat does share some common ancestry with a lion, and even evolved from the African wildcat.

A study by the Bronx Zoo and University of Edinburgh compared the personality of a domestic cat other big cats, such as the Scottish wildcat, snow leopard and African lion.

It concluded the domestic cat shares a number of personality traits with that of a lion such as dominance and impulsiveness.

They are even neurotic…just like a their golden furred cousins.

But this does not mean you have a miniature lion strolling through your home.

They may share some other personality traits such as sleeping for enormous periods of time or scratching things.

But the chances of your cat letting out an ear-splitting roar is pretty remote.