Madrid:  Catalonia's main separatist parties have taken a significant step towards ending the region's political deadlock by voting on a presidential candidate who is not facing prosecution in Spain.

The candidate, Quim Torra, fell just short of winning a majority in Parliament, but he will get another chance in a second round of voting on Monday, when the threshold will be lower. 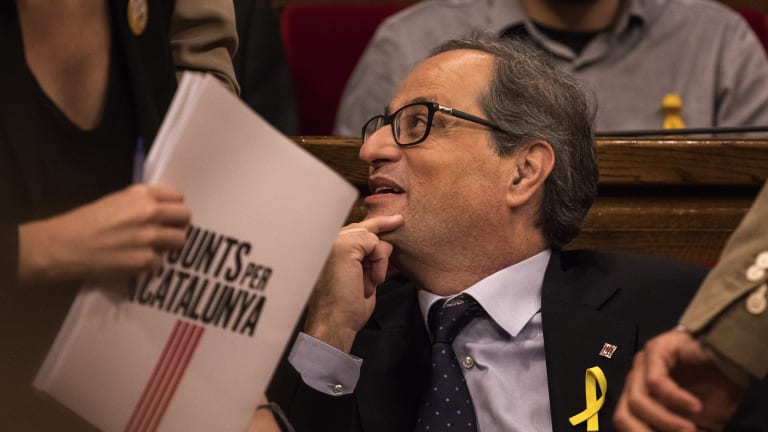 Torra, addressing MPs on Saturday, said he was committed to turning Catalonia into a republic even after the region's failed independence effort in October. He also presented himself as a stand-in for Catalonia's former leader, Carles Puigdemont, whom he called "our president".

Puigdemont, who left the country to avoid prosecution, is awaiting a German court ruling on whether he should be extradited to Spain to stand trial on charges of rebellion related to leading Catalonia's tumultuous independence drive. He endorsed Torra as his replacement after Spain's Constitutional Court suspended a regional law that would have allowed him to be re-elected in absentia.

On Saturday, the 135-seat Parliament voted 66-65 in favour of Torra, just shy of a majority. On Monday, though, Torra will need simply to get more votes in favour of his candidacy than against.

A lawyer by training, Torra, 55, is also a book publisher with a long history of backing Catalan separatism. He was briefly the president of Omnium Cultural, one of Catalonia's two main pro-independence associations. But because he has not been on the front line of Catalan politics and was not in Puigdemont's Cabinet, Torra is not among the 25 Catalans whom Spain wants to prosecute on charges of rebellion, sedition and misuse of public funds. 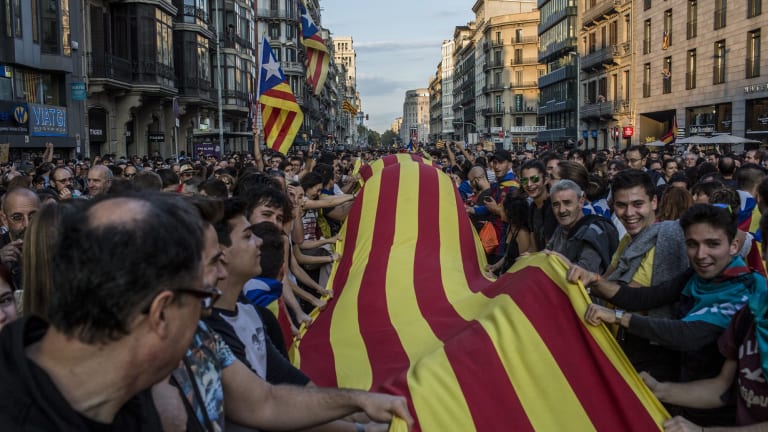 Demonstrators wave a large Catalan flag while marching through Barcelona in October.

The current Parliament was elected in December, in a vote called by Prime Minister Mariano Rajoy after his national government thwarted the independence effort.

But the vote failed to deliver the result that Rajoy had sought. Instead, the three main Catalan separatist parties retained a narrow majority, 70 seats, and took 47.5 percent of the vote.

The separatist parties have since been unable to form a government.

Catalan MPs must elect a leader of their regional government by May 22 to avoid a new election.