BARCELONA (Reuters) – Thousands of demonstrators banged on kitchen pots and chanted “Catalonia has no king!” on Monday to protest a visit by the Spanish royal family to the capital of the region that has been hit by weeks of separatist demonstrations.

Attended by King Felipe, his wife Queen Letizia and two daughters, the venue of the Princess of Girona young talent awards ceremony in Barcelona was heavily guarded by police who had installed heavy fences and blocked one of the city’s main thoroughfares with vans.

“Nowadays, there can be no space for violence, intolerance or disregard for the rights and freedoms of others”, King Felipe said during his speech at the ceremony, referring to Catalonia.

Some protesters burned pictures of the king and threw paint at riot police.

Waving Catalan independence flags, some of the demonstrators yelled abuse at attendees as they tried to reach a police checkpoint, pushing at least one of them, and forcing a few to turn back and try to find another entrance, a Reuters reporter said.

Dolors Aguilera, 70, said the king’s presence in Barcelona was a provocation.

“We have political prisoners in jail. We cannot accept it,” she said.

The mass protests were triggered by the Spanish Supreme Court’s sentencing of nine separatist leaders on Oct. 14 to prison terms of between nine and 13 years on charges of sedition for their role in Catalonia’s failed independence bid in 2017. 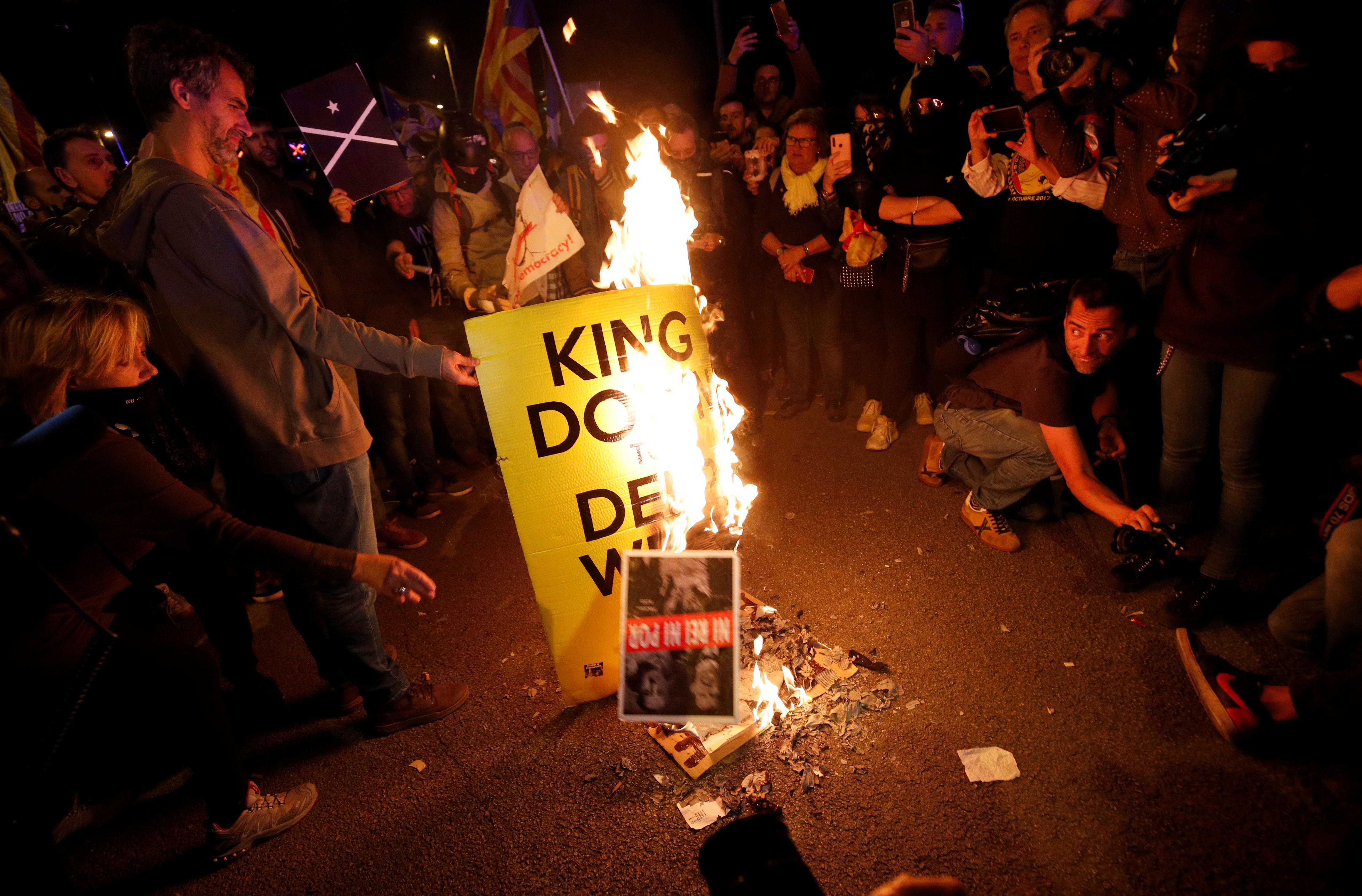 “We have become republican because Madrid treats us like a colony,” said Aguilera’s husband Antoni Gonzalez, a 68-year old pensioner, who had brought a whistle for the protest.

The rekindled Catalonia crisis has also further complicated Spain’s fragmented political environment as preparations are being made for its fourth election in as many years on Sunday after having been without a proper government for months.

Independence is highly divisive in Catalonia, with an opinion poll in July showing 44% backing secession and 48.3% opposed.