An “extremely dangerous” Category 4 Hurricane Iota was sweeping early Monday across the western Caribbean toward Central America, where it is expected to make landfall in the same region battered by Hurricane Eta last week, forecasters said.

The rapidly strengthening Iota could wind up as a catastrophic Category 5 hurricane by the time it reaches land, forecasters said.

The US National Hurricane Center in its 4 a.m. Monday advisory that Iota had maximum sustained winds of 145 mph and was centered about 170 miles southeast of Cabo Gracias a Dios on the Nicaragua-Honduras border as it moved west at 10 mph.

Iota, the 30th named storm of this year’s extraordinarily busy Atlantic hurricane season, is expected to reach the Central America mainland late Monday, according to the Miami-based NHC. 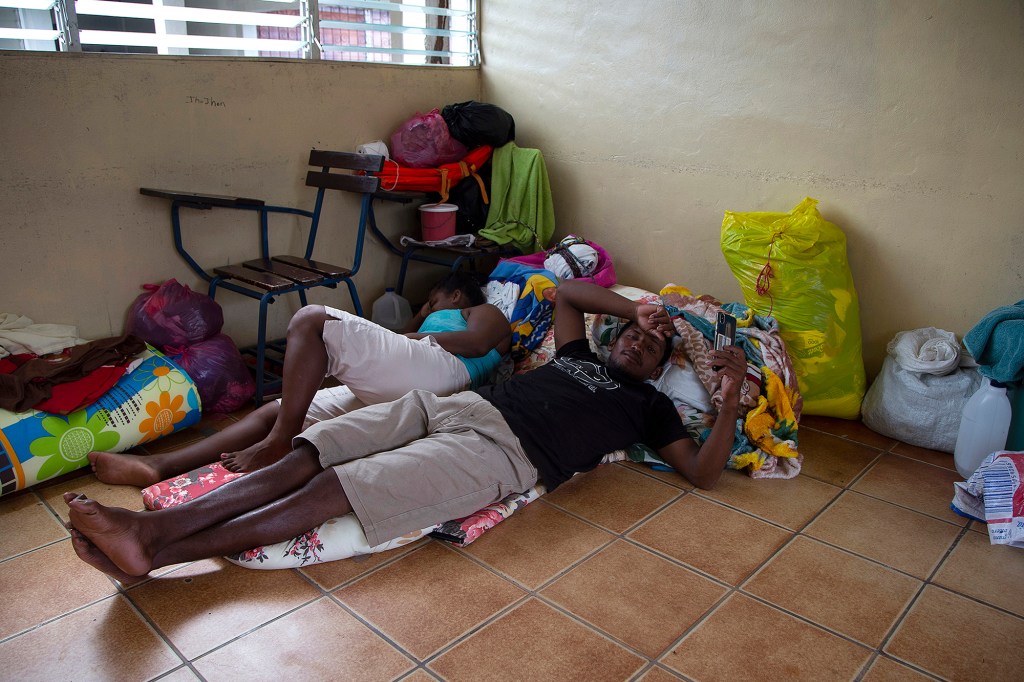 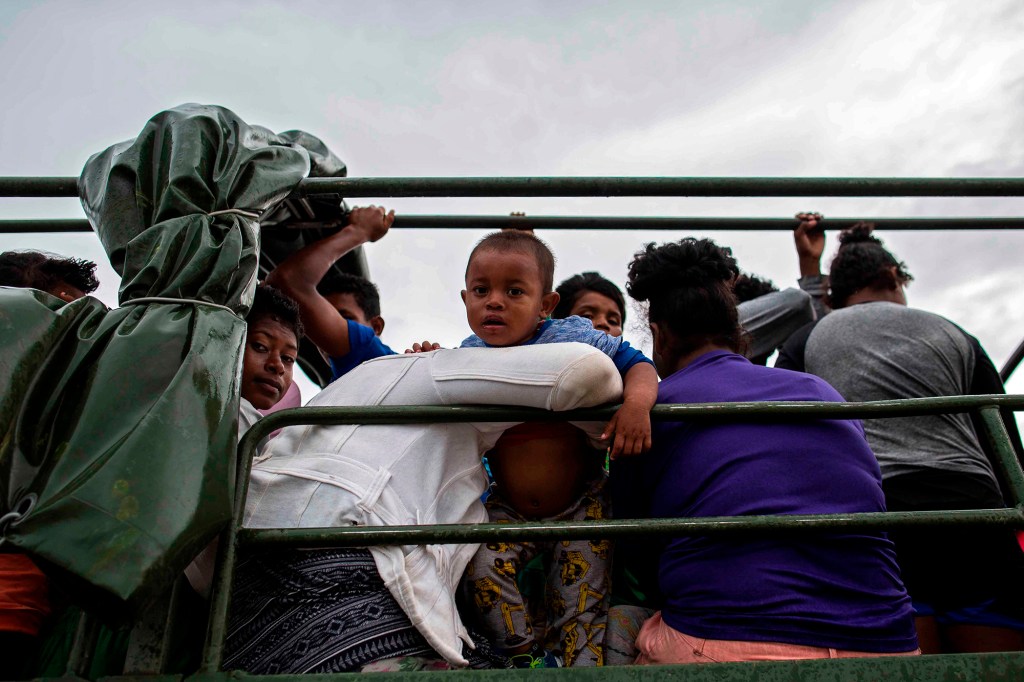 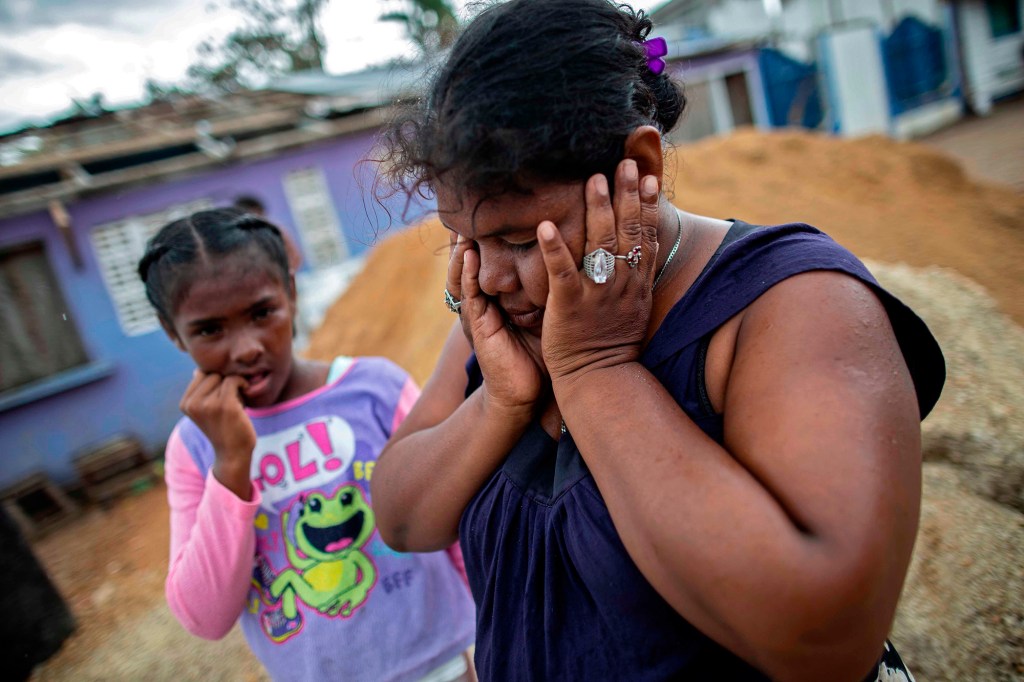 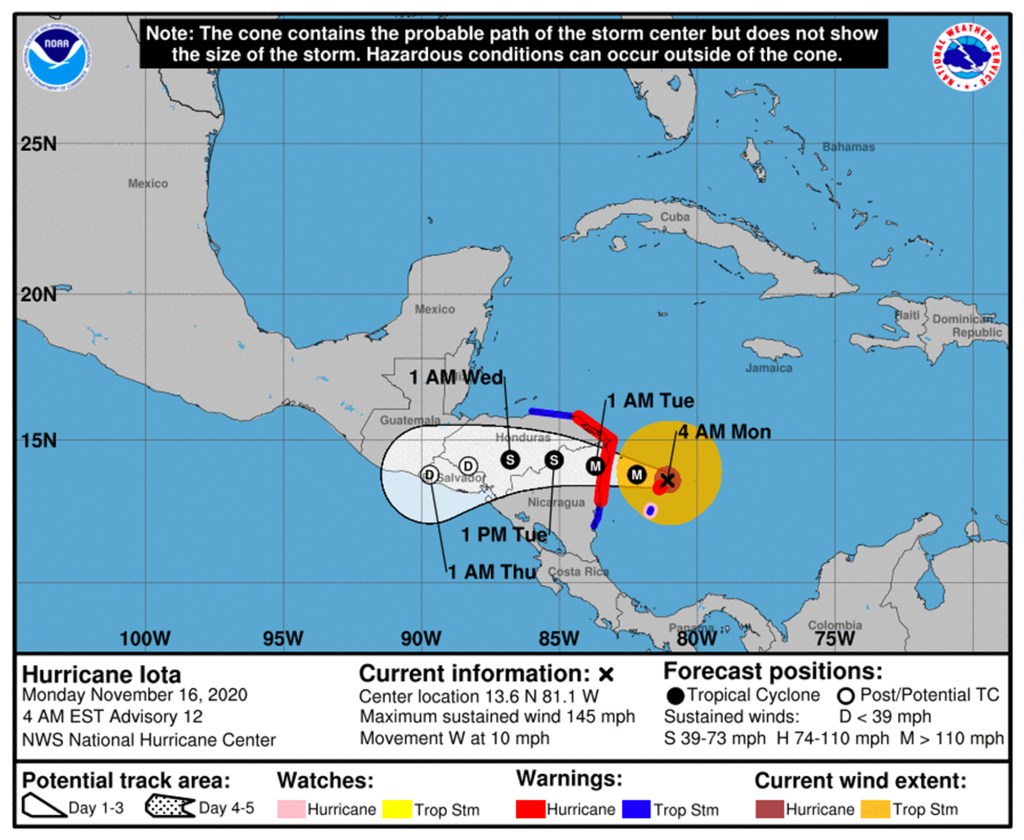 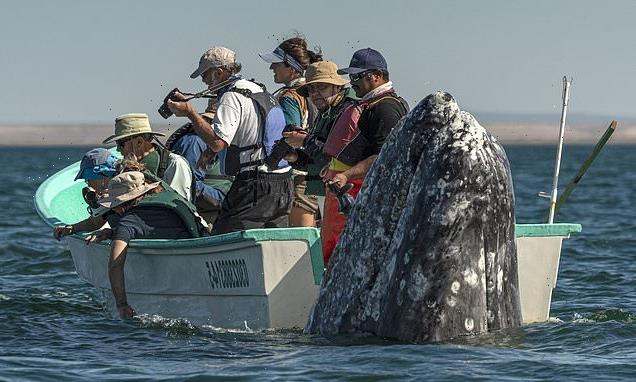