Two Catholic cardinals claim homosexuality is to blame for the sexual abuse scandal engulfing the Church – not the clerics themselves.

American Cardinal Raymond Leo Burke and German Cardinal Walter Brandmueller wrote in an open letter on Wednesday that the approach to the paedophilia crisis was wrong.

They argue that Pope Francis’ criticism of clerical power did not address the ‘primary fault’ which was a corruption of the absolute law, including by ‘the plague of the homosexual agenda.’

Pope Francis has previously analysed the problem as a structural and cultural one which he calls, ‘clericalism.’ 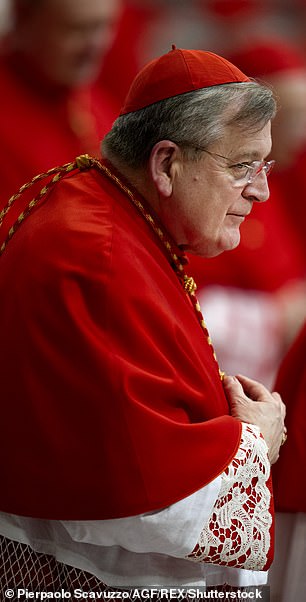 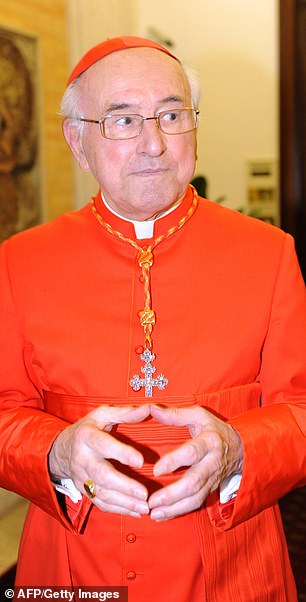 ‘We turn to you with deep distress! The Catholic world is adrift,’ the American and German cardinals wrote in their letter to the heads of the bishops’ conferences.

‘Sexual abuse is blamed on clericalism. But the first and primary fault of the clergy does not rest in the abuse of power but in having gone away from the truth of the Gospel,’ they said.

They blamed a corruption of the ‘absolute moral law’, referring to homosexuality, which they described as the ‘denial, by words and by acts, of the divine and natural law’.

‘The plague of the homosexual agenda has been spread within the church, promoted by organised networks and protected by a climate of complicity and a conspiracy of silence,’ claimed the cardinals, who belong to the church’s conservative wing.

The Catholic church considers the practice of homosexuality to be a sin.

The letter comes a day before Pope Francis opens a historical summit at the Vatican on the protection of minors in a bid to end a scandal which has dogged the Roman Catholic church for decades.

Burke and Brandmueller criticised Francis, saying they were ‘among those who in 2016 presented to the Holy Father certain questions… (that) have not only not had any response, but are part of a more general crisis of the faith’. 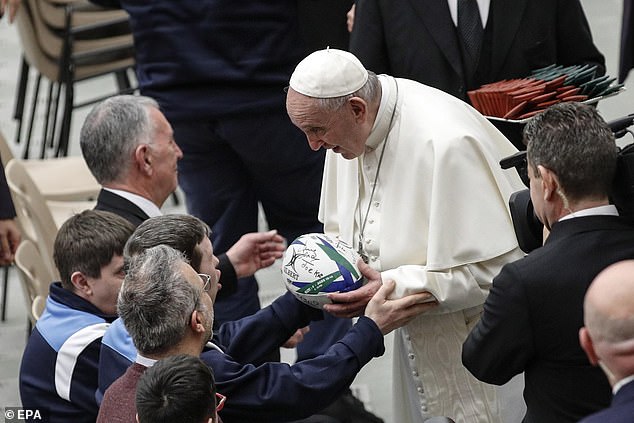 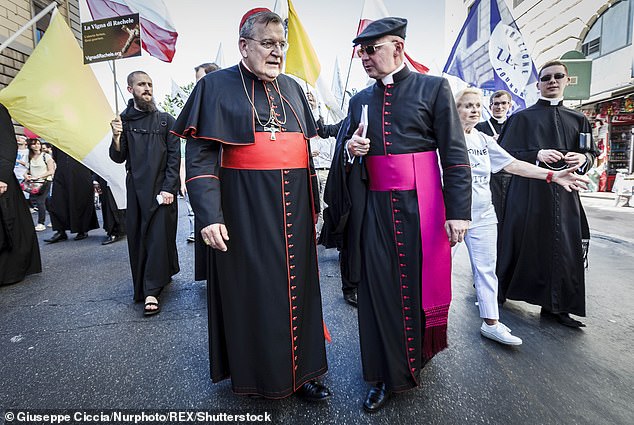 They called on the head bishops ‘to raise your voice to safeguard and proclaim the integrity of the doctrine of the church’.

Cardinal Burke is seen as being at forefront of the conservative wing of the Church and has previously clashed with Pope Francis publicly over homosexuality and feminism.

According to the New Catholic Reporter, Burke has stated that those priests who perpetrated abuse on children, ‘were feminized and confused about their own sexual identity.’