CLEVELAND Cavaliers' Kevin Love is being slammed over “lazy and bizarre” play despite him being on a $120million contract.

A video of the NBA star, 32, went viral on Monday after he appeared to quit mid-game and angrily slapped an inbound pass into the hands of Toronto Raptor’s Malachi Flynn. 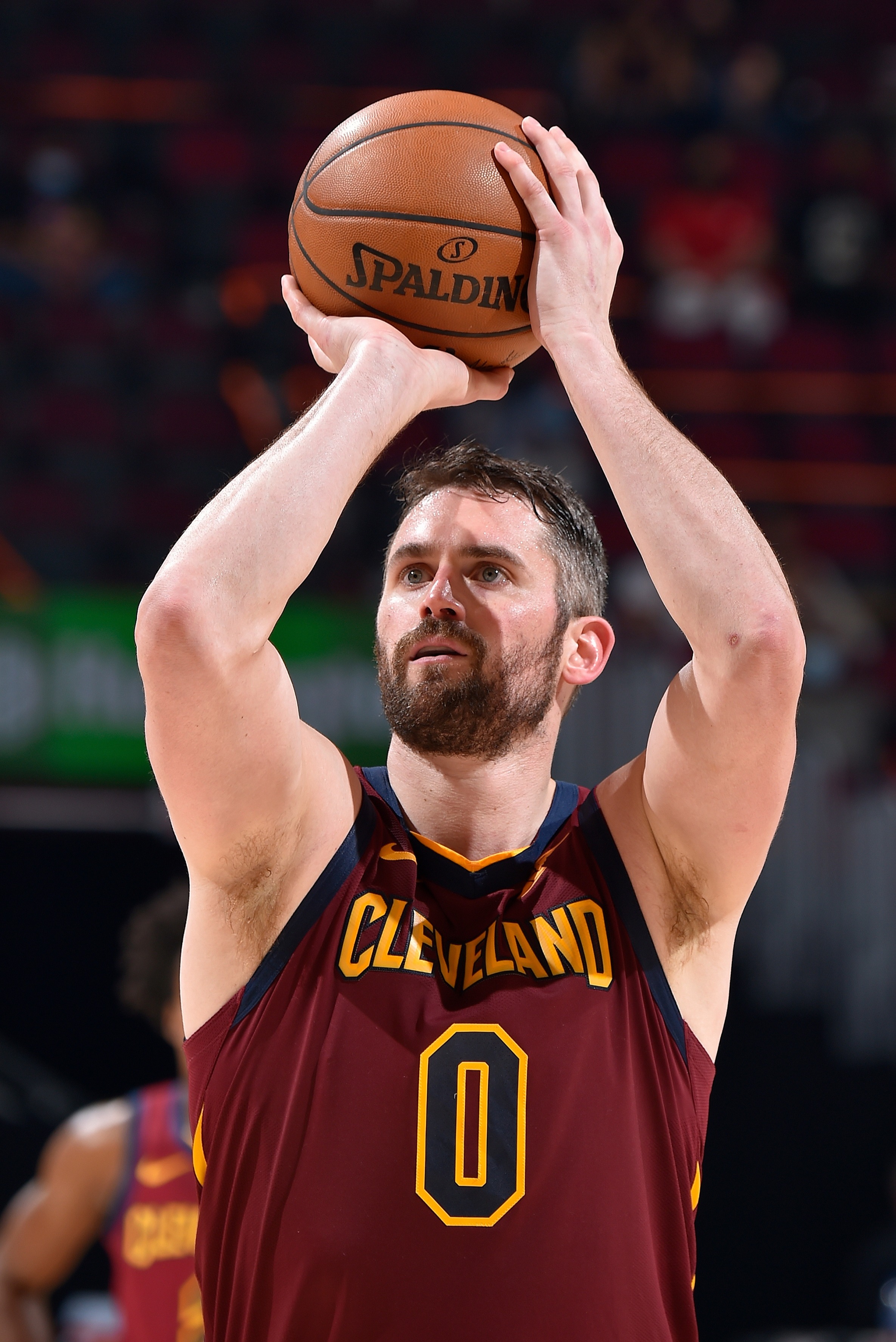 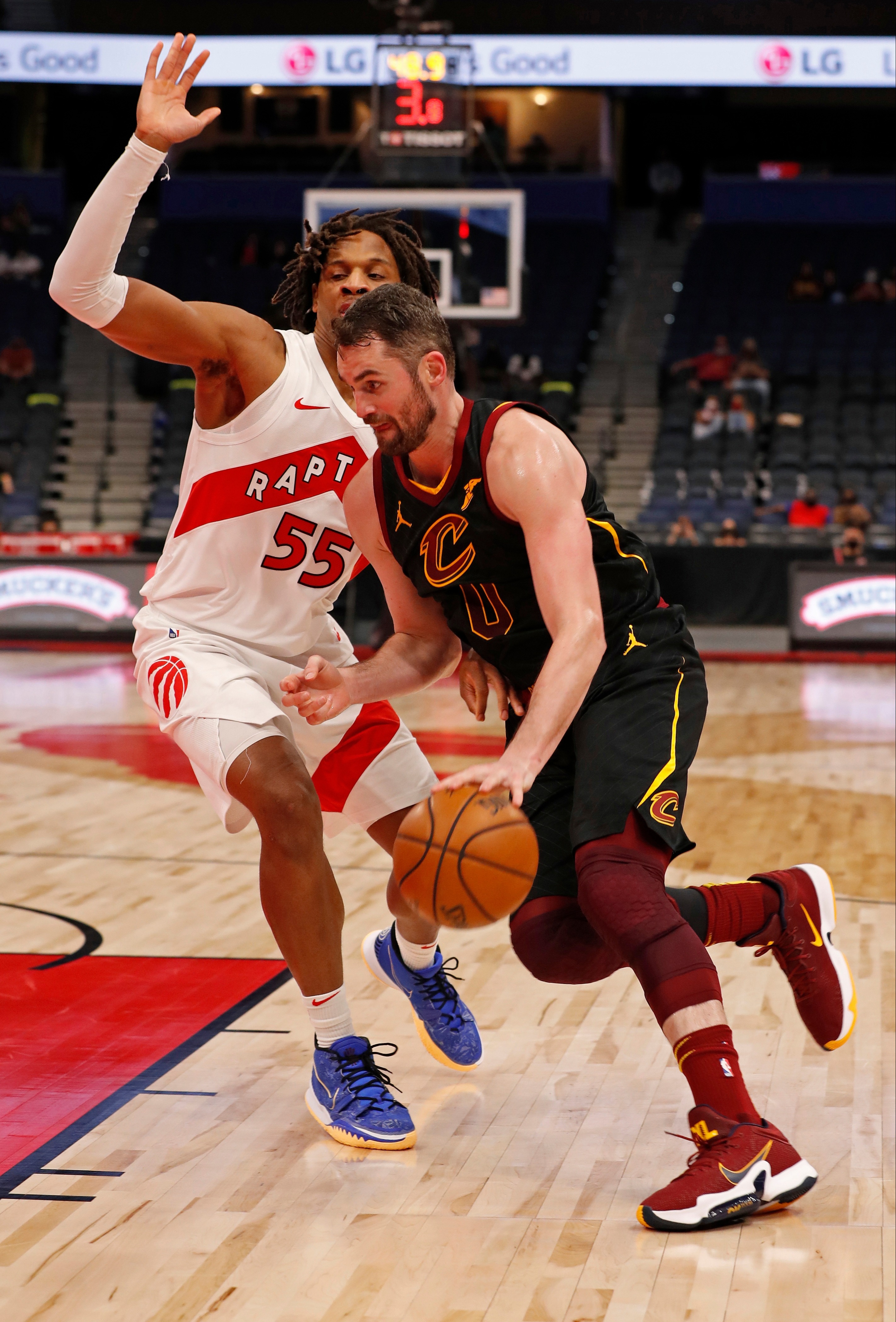 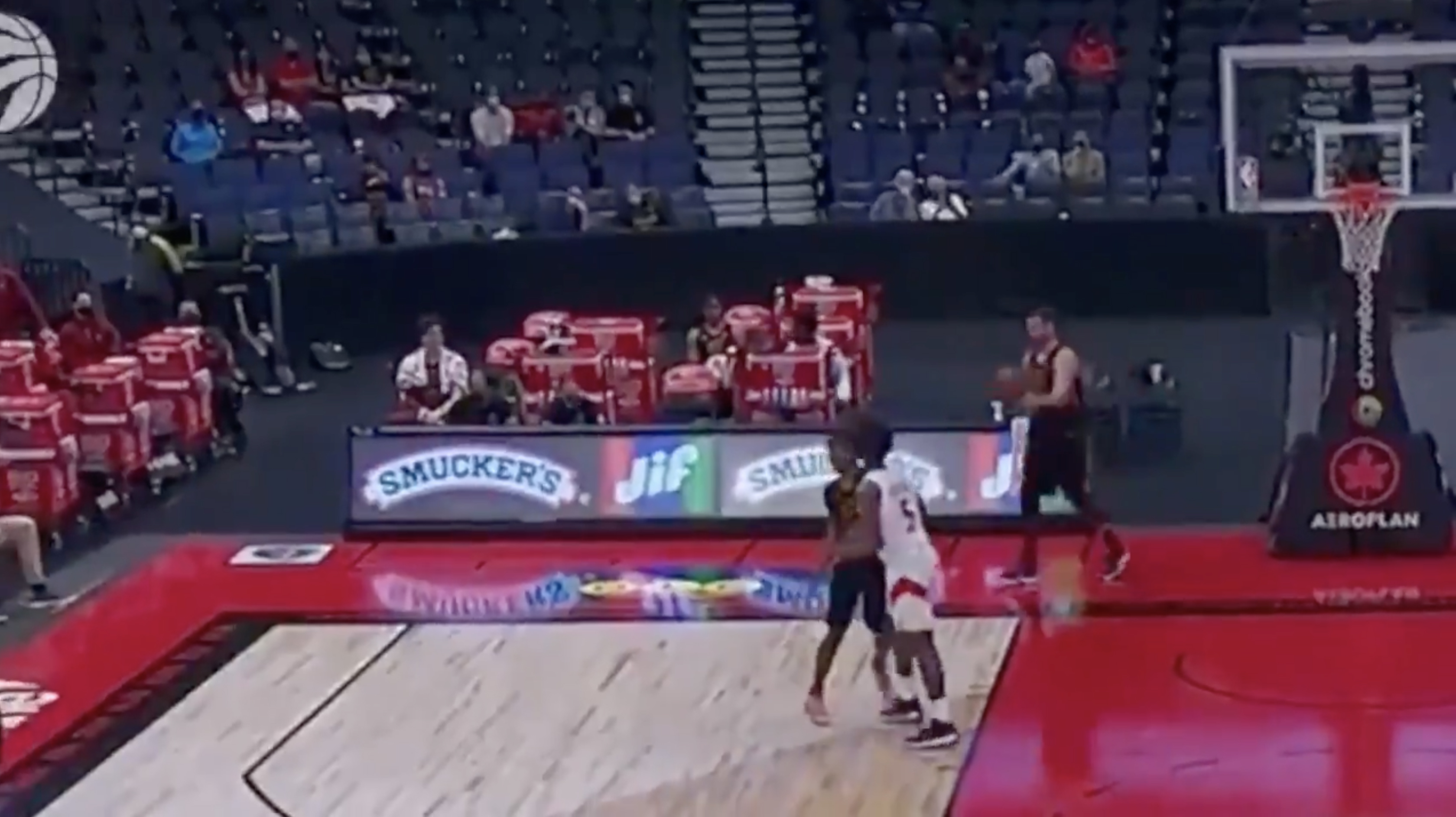 Flynn took a wide-open three-pointer to put his team nine points ahead of the Cavaliers with just 33 seconds left in the third quarter.

As it happened, Love continued to walk absentmindedly down the court, away from defending the shot.

The move drew fierce criticism on social media with even the Raptors’ Twitter account joking that it was “some high IQ ball right there.”

“Kevin Love, what are you doing??” asked Barstool Sports. 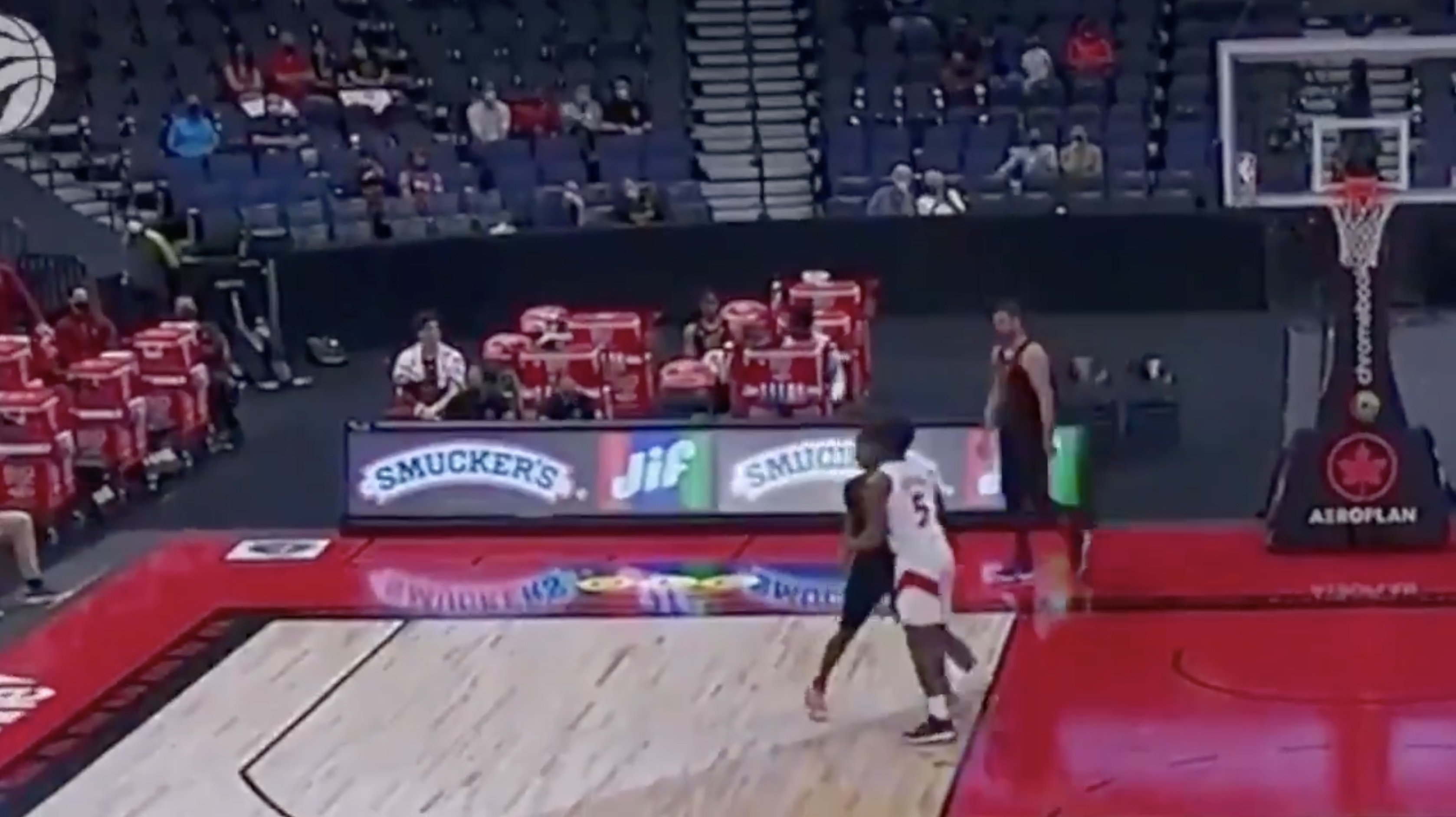 The Cavaliers went on to lose the game 112-96 but Love didn’t play the rest of the game after his wild pass.

Cleveland.com reported that he even left the locker room before the final buzzer.

NBA writer Rob Perez attempted to explain Love’s actions with more context, sharing a video of the lead-up to the strange play.

It showed Love’s bleeding knee after falling onto the court just over a minute beforehand.

The extra footage also showed Love growing frustrated with referees after he claimed he was pushed in the back and how he rushed back to defend a play after the much-criticized bad pass.

However, fans have remained unhappy with the explanation as they condemn Love’s behavior in only his second year of a four-year $120million contract with the Cavaliers.

The size of the deal could see him forced to remain at the team despite any frustration, as the Cavaliers attempt to build back up to success after a losing streak. 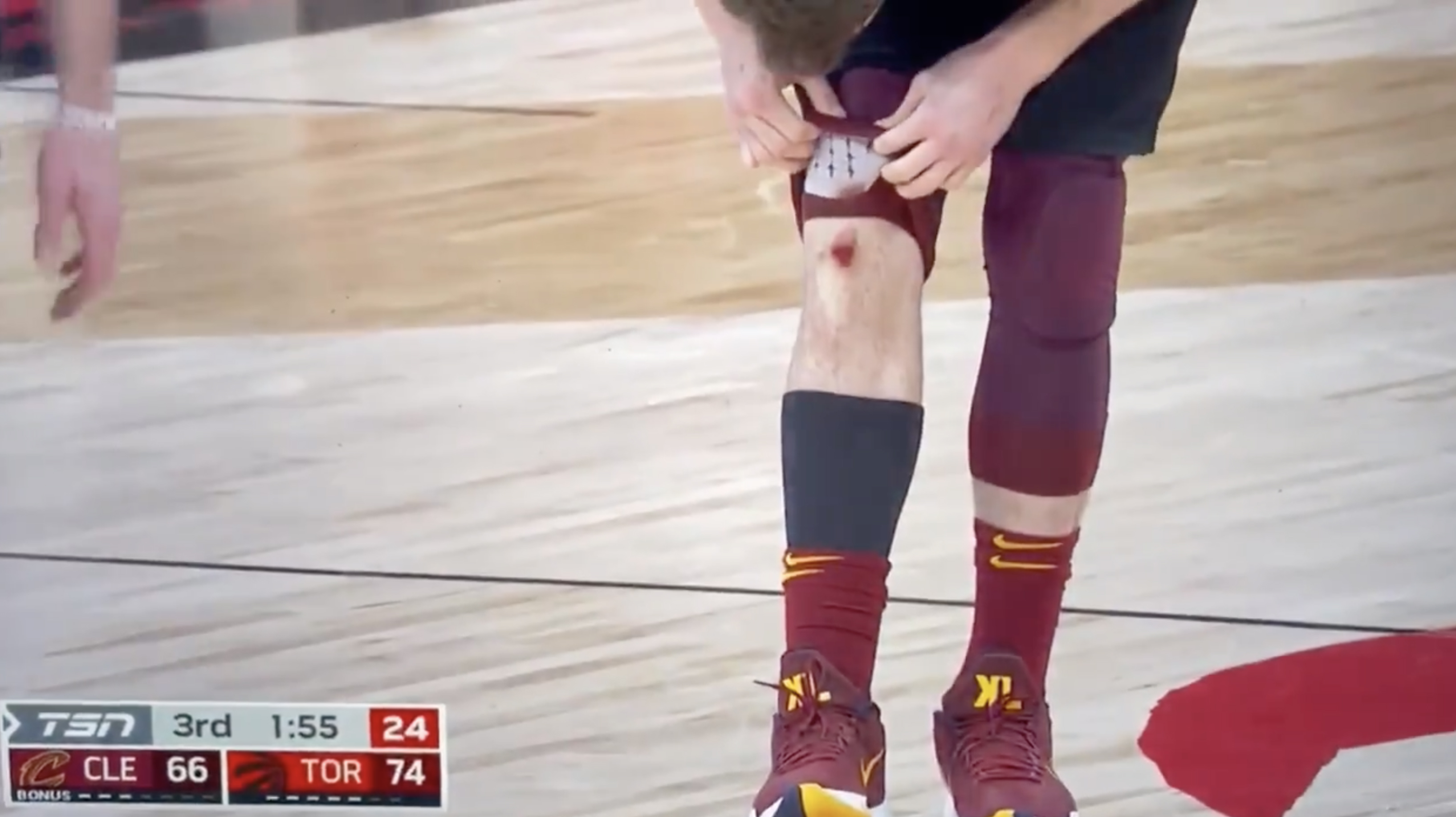 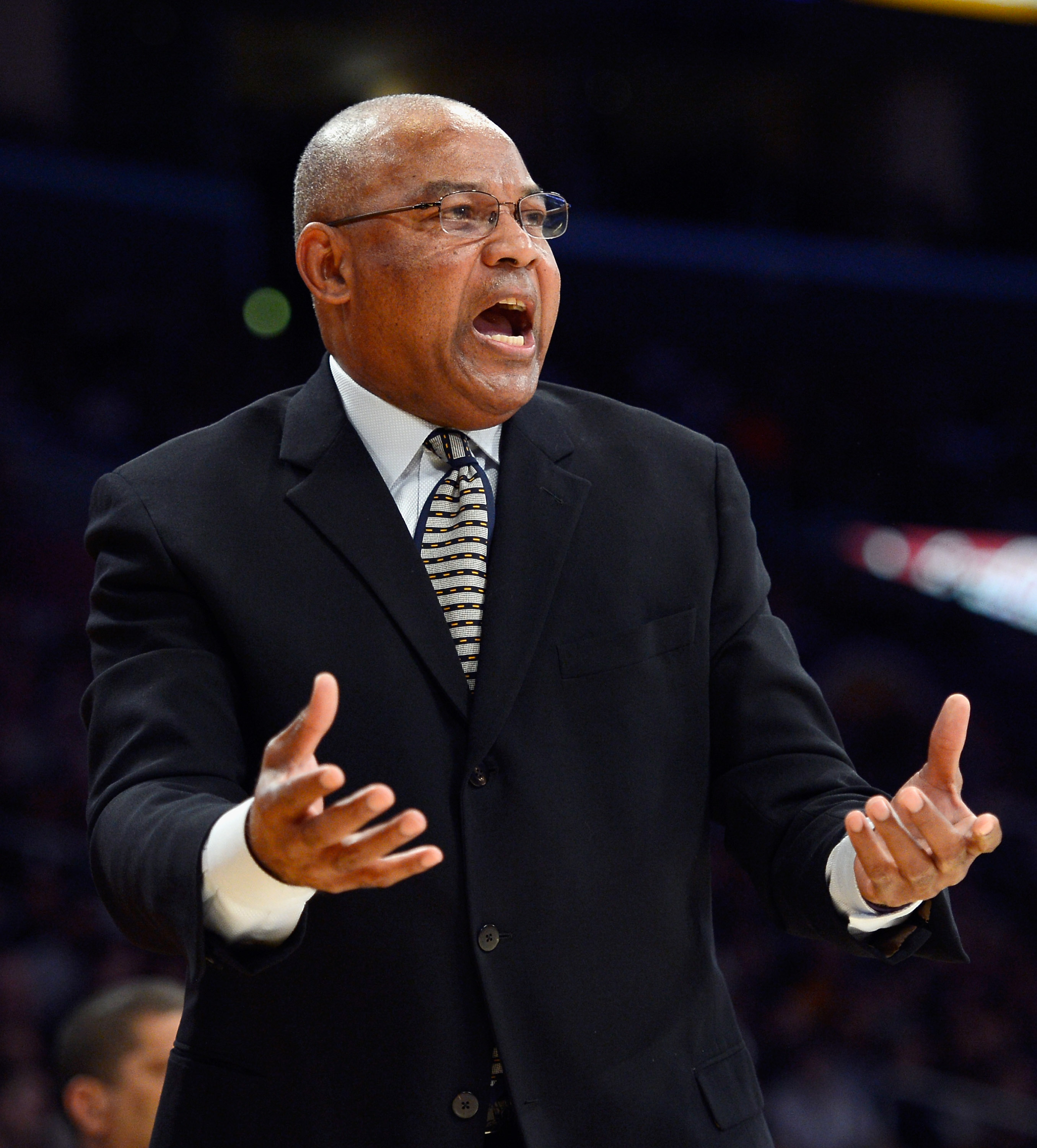 Love’s Cavelier teammates and coaches also failed to offer up an explanation for Monday's incident.

“That was unacceptable,” one source told Cleveland.com.

Cavaliers coach Bernie Bickerstaff said "you’ll have to ask  Kevin” when questioned about the weird play.

As the play happened, Bickerstaff was seen lowering his  mask to shout something at Love as he looked on in disbelief.

“We talked about it. He apologized to his teammates for it and we’ll move on,” he added.

“He had a lapse in judgment.

“He’s been great for us from a leadership standpoint this whole year, even through his difficulties and the injuries we’ve been battling, so we’ll leave it at that.”

Teammate Darius Garland also claimed he “didn’t see it” despite being closest to  Love at the time.

“I was trying to get my defender off me. It’s probably on social media, so when I get on the bus I’m probably (going to) look.

“Something like that happens, we just have to get on to the next play.,” he added.

“That was just a little breakdown that he had, it was nothing serious.

Love has not yet publicly commented on the criticism over the play.