Athens: Sydney gangland figure John Macris, widely believed in Athens to have been a member of the Greek mafia, was gunned down by a single man on foot, CCTV footage has revealed.

The gunman, about 1.7 metres tall, wearing a cap low across his face, approached Macris outside his house on Troias Street at 8.10pm on Wednesday and unloaded six shots from his 9mm gun, four of which hit the victim in the chest, belly and shoulder blade.

"Australos" (meaning from Australia) as he is known in Greece and in the press had left his house and was setting off on the three-kilometre drive to open the offices for his new company, Security Station 24/7, an expansion of his My Services business, which supplies security services.

Macris was already running late. The invitation issued to guests was for an 8pm start. "We believe in keeping you safe," the company's motto, written in bold, said. 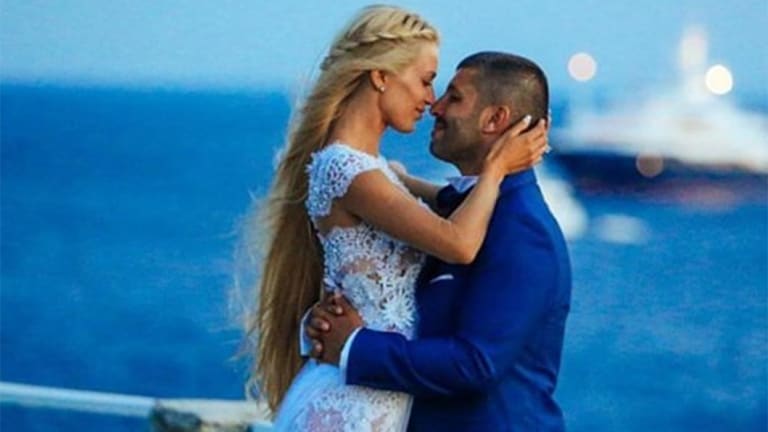 John Macris and his wife Victoria Karyda on their wedding day in Mykonos.

But it would be Macris' own safety at issue that night. He had planned to arrive for the ceremony in a low-key manner in a Smart car, shunning his two other much more ostentatious vehicles, a Lamborghini and white Range Rover.

Macris' house has two secure garages but it was the decision to take his smallest car, parked outside across the street, that exposed him to the hitman who approached once Macris was inside the vehicle.

Macris struggled to survive, abandoning the car and leaving a trail of blood across the street, which was still visible on the footpath when Fairfax Media visited 24 hours after the attack. 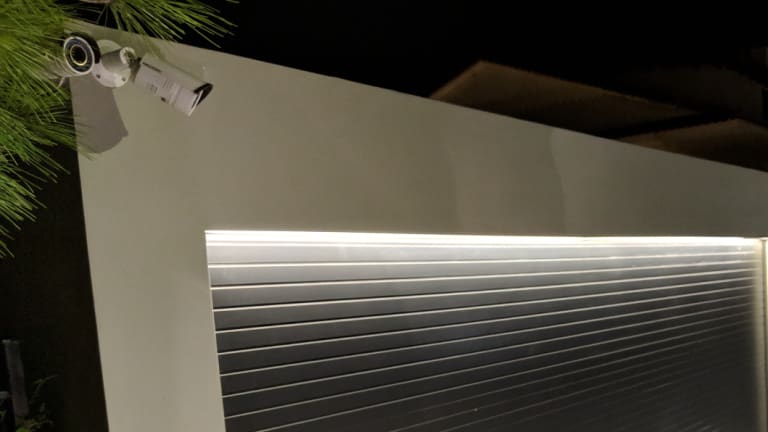 CCTV cameras on the Macris house captured images of the man believed to have shot the Australian underworld figure.Credit:Latika Bourke

Police are now examining the CCTV footage to determine if the gunman was alone and how he escaped.

Members of Macris' family and friends entered the house throughout Thursday. His widow Viktoria Karyda, a model and star of the reality television show My Style Rocks, told the media she did not want to comment. 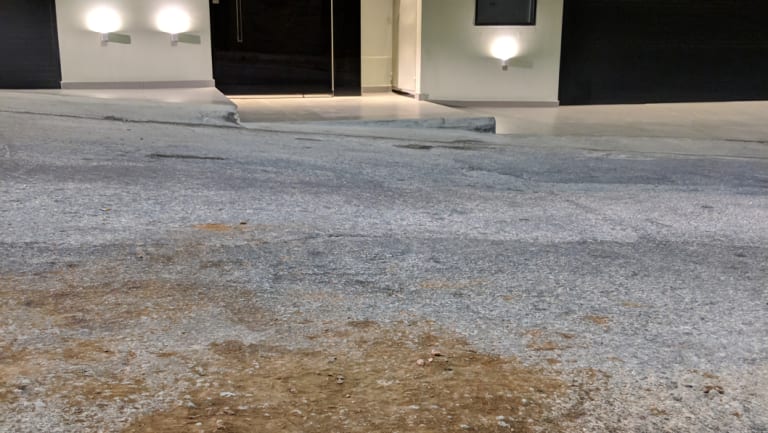 Blood stains on the road show how close to home John Macris was when he was shot by a gunman.Credit:Latika Bourke

Karyda was modelling for well-known Greek designer Kathy Heindel when her husband of two years was killed.

She was on the catwalk on the roof of one of Greece's best known shopping malls at the time and found out about his death only two hours later.

Macris' father, Stelios, 82, was the first to arrive at the crime scene.

An autopsy on Macris' body was carried out by Hara Spiliopoulou at the University of Athens coroner's office on Thursday.

Police are now focusing on a motivation for the hit, which comes less a week after another alleged Greek mafia kingpin, Vagelis Zabounis, was shot but survived.

Despite his notoriety as a gangland identity in Australia, Macris had a clean record in Greece, where he was the father of two children, a boy and a girl.

Greek press reported the children and Macris' mother were inside the house when he was killed.