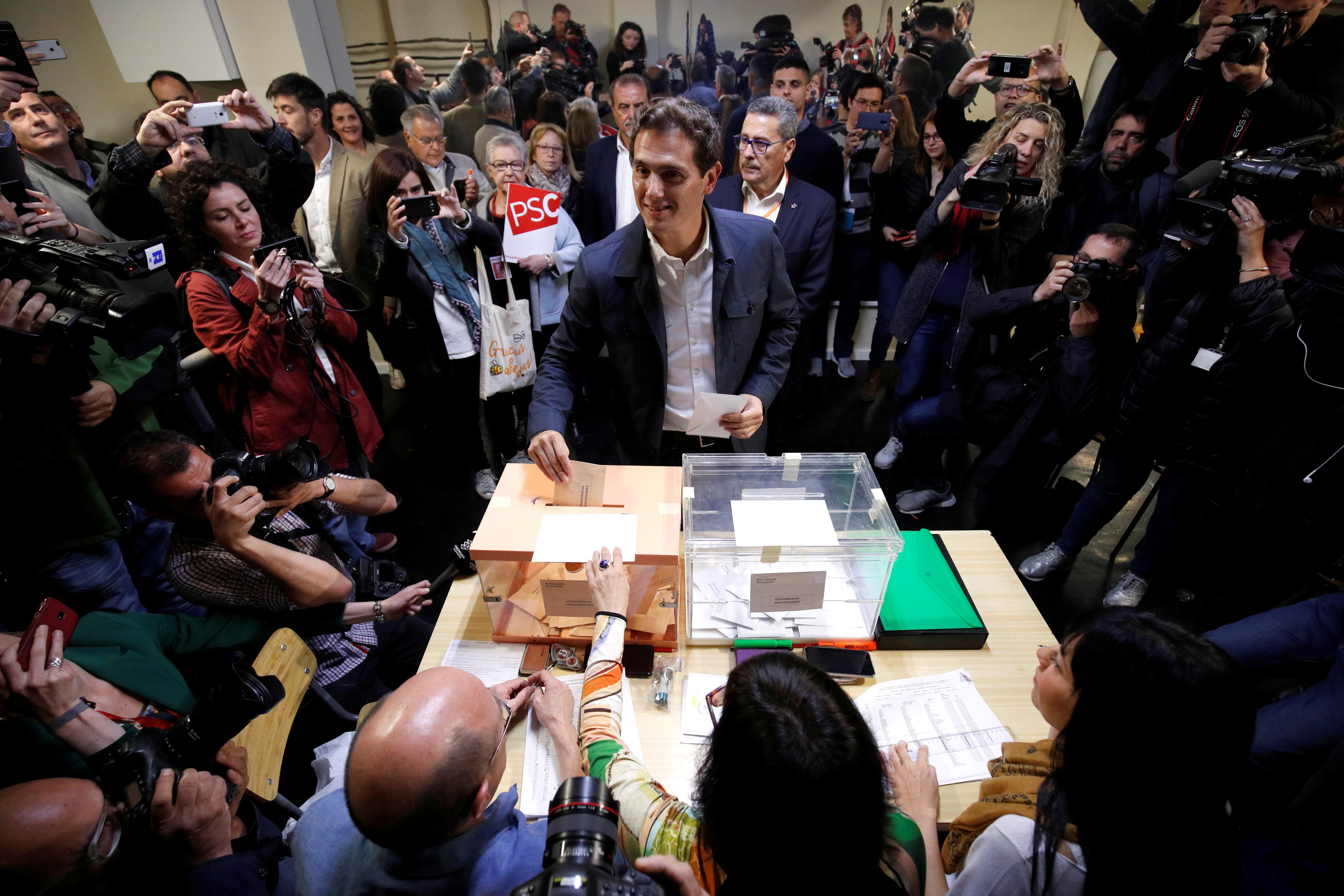 MADRID (Reuters) – The head of Spain’s center-right Ciudadanos (‘Citizens’) said his party would take on the leadership of the country’s opposition, after the Socialist Party of Pedro Sanchez claimed victory in Sunday’s national election.

“We will keep a close eye on the government of (Socialist Pedro) Sanchez and Podemos… We are now heading the opposition,” Albert Rivera told supporters in Madrid.

With more than 99 percent of votes counted, Ciudadanos was on 57 seats in the 350-seat parliament, against 66 for the mainstream conservative People’s Party (PP). The PP had 137 seats in the outgoing parliament.

The Socialists won 123 seats and far-right Podemos 42, according to the same Interior Ministry tally, leaving them 11 seats short of a majority.