Black Wednesday cover-up: Chancellor Lamont’s aides deceived the public over the full scale of how much the UK lost in the 1992 scandal

The full extent of the Black Wednesday battering to Britain’s balance sheet was covered up by civil servants and John Major’s government, newly-released papers show today.

The deception meant that the public was left in the dark for years about how much foreign currency had been sold off during the infamous day in 1992. 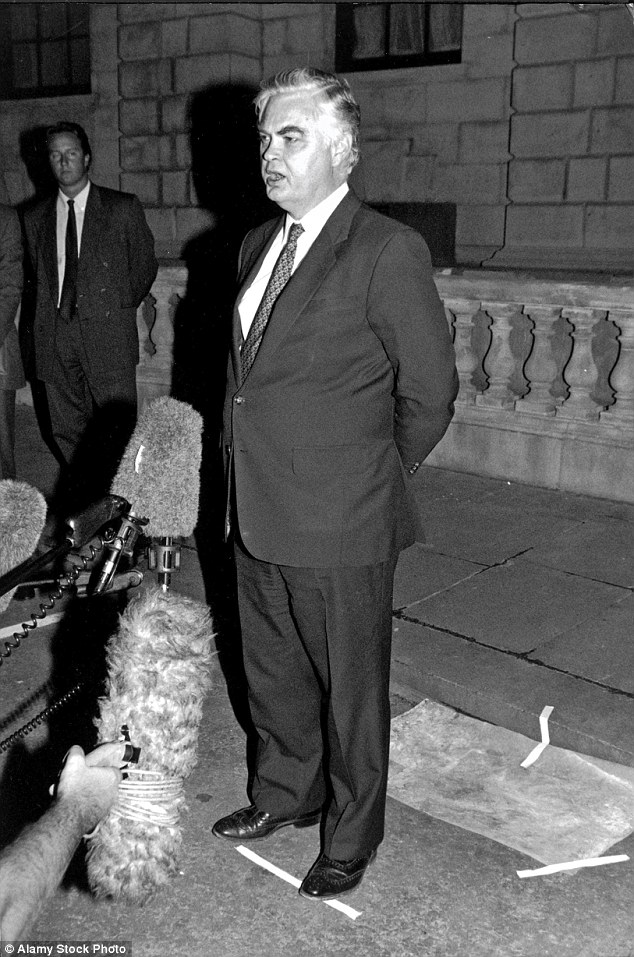 On September 16, 1992, interest rates rose from ten per cent to 12 per cent and then 15 per cent as the Conservatives battled to prevent sterling crashing out of the European Exchange Rate Mechanism (ERM).

The failure to prevent the pound tumbling out of the ERM, which pegged its value to the German deutschmark, was a humiliation for John Major, who, as Chancellor, had taken Britain into the mechanism two years earlier.

The events dealt a devastating blow to the Conservatives’ reputation for economic competence. During the crisis, Chancellor Norman Lamont came under pressure to spell out how much of Britain’s foreign currency reserves had been depleted but maintained it was impossible to provide a figure.

But now papers released by the National Archives show that Jeremy Heywood, then Mr Lamont’s private secretary, helped devise a plan to apparently deceive the public and the financial markets as to the extent of the Government’s interventions. They are among thousands of documents which cover 1993, and are now available to the public.

In 2010, the period at which secret documents become publicly available was reduced from 30 to 20 years after a review. There are now two releases a year, until the schedule is up to date.

They also show how Mr Lamont – then advised by a young David Cameron – was ‘anxious’ about how the true state of the nation’s currency reserves was being hidden. 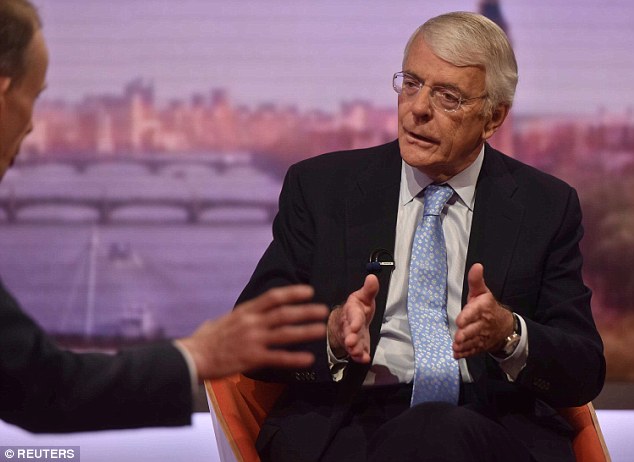 The failure to prevent the pound tumbling out of the ERM, which pegged its value to the German deutschmark, was a humiliation for John Major, who, as Chancellor, had taken Britain into the mechanism two years earlier (pictured this week on BBC’s Andrew Marr show)

Figures finally released by the Treasury in 2005 showed that in August and September 1992, the Bank of England sold almost $40billion in foreign currency as the pound came under attack from foreign speculators. But official figures at the time showed only a ‘minimal’ loss of $2billion. The final cost to the UK was put at £3.3billion.

The details are spelled out in a letter to No 10 from a young Mr Heywood on November 26, 1992. Now Sir Jeremy, he rose to Cabinet Secretary, a position he still holds, but he is on leave to receive cancer treatment.

In the note, he explains how the Government had disguised the amount of extra borrowing required, in a complex secret programme of using sterling to buy back foreign currency, known as ‘creaming off’. The letter, however, notes that the Bank of England feared the tactic could lead to further falls in the pound. In a memo, Mary Francis in the No 10 private office notes: ‘He [Mr Lamont] is increasingly anxious about the way it [the technique] is being used to conceal the actual state of the reserves.’ 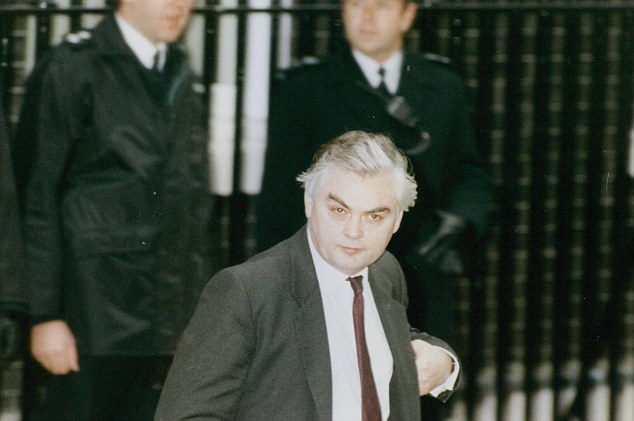 During the crisis, Chancellor Norman Lamont came under pressure to spell out how much of Britain’s foreign currency reserves had been depleted but maintained it was impossible to provide a figure (pictured on the day Thatcher left Downing Street)

In another revealing exchange of letters on April 1, 1993 between Mr Lamont’s aide Mridul Hegde and Mrs Francis, Miss Hegde notes ‘the practice of successive governments not to reveal the scale of any foreign exchange market intervention. The published figures reveal very little about this.’

The note admits ‘the published figures have NOT revealed the scale of the intervention on 16 September’. She fears that informed commentators may ‘suggest that the total underlying fall we have published since September is well short of the full effect and to speculate that part of the effect has been concealed’.

‘The latter would, of course, be correct’, she admits bluntly. Mrs Francis replies, asking for the PM to be informed as to ‘what has actually been happening’, rather than ‘what will be said publicly’.

In another note from Mr Heywood to Mrs Francis, he updates her on the reserves. Mrs Francis adds a memo on to the July 1, 1993 letter, informing the PM that ‘the Bank have bought $600m foreign currency today. At present rate they will have paid off the negative forward book (or hidden deficit on the reserves) by end of the month.’