You’re on mute, Prime Minister! Chaos in the Commons as audio cuts out on Boris Johnson’s video link during lockdown statement

Boris Johnson’s grand plan for the UK to escape coronavirus lockdown descended into mockery this afternoon – after he accidentally ‘muted’ his Zoom call from his self-isolation bunker.

The Prime Minister had just delivered an upbeat statement on how the national restrictions would end ahead of Christmas.

But any political capital scored from his Commons speech fell flat as technology conspired to turn the announcement into farce.

In a technical cock-up experienced by most during lockdown, his audio suddenly went dead mid-answer.

And Speaker Sir Lindsay Hoyle laid the blame firmly at his door, asking ‘Have you pressed the button by mistake? Muted?’

The ridicule was completed after about a minute when the session was suspended, only for the PM’s sound to suddenly burst to life with him saying it was not working. 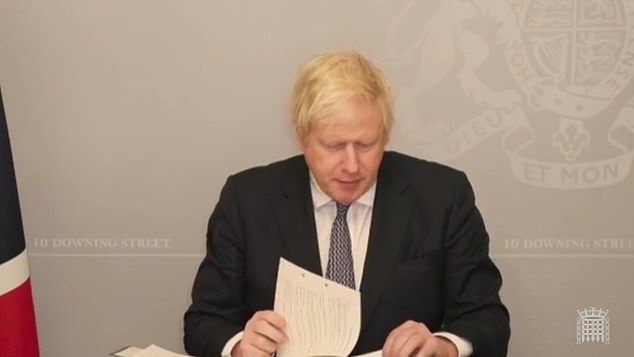 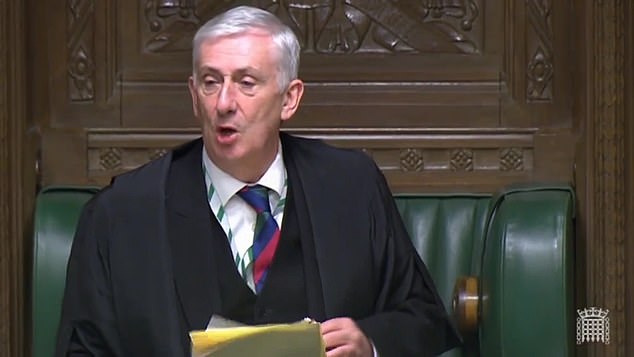 Speaker Sir Lindsay Hoyle asked him ‘Have you pressed the button by mistake? Muted?’

Mr Johnson was answering a question from an MP when the audio suddenly went off.

The Prime Minister began:  ‘Many of the points I hope he agrees were answered by me in my statement about sport, the curfew, non-essential retail, gyms, personal…’

Then as silence descended on Parliament it was left to Speaker Sir Lindsay Hoyle to try and solve the problem. 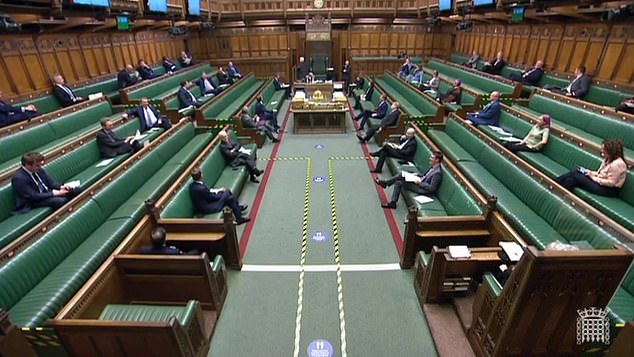 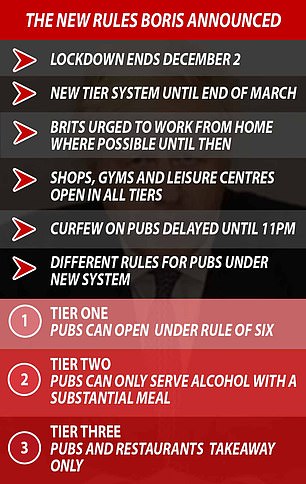 ‘I think we are going to have to stop for the moment to have it checked.’

It prompted one MP to shout ‘He’s not paid he’s broadband bill.’

An agonising eight seconds then ticks by before Sir Lindsay assures him the House is not at fault, insisting: ‘We’re just checking the sound Prime Minister, we lost your answer.

‘Have you pressed the button by mistake? Muted?’

The MPs who are in the House then dissolve into laughter as the technical problem continues.

Sir Lindsay again insists: ‘It’s not our end Prime Minister, it could be yours.

‘I wonder if Mr Hancock would like to take over with the answer? 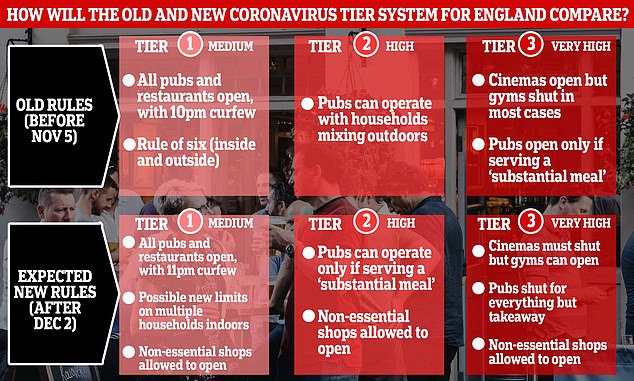 The Oxford University/AstraZeneca coronavirus vaccine is up to 90 per cent effective, can be stored safely in a standard fridge and costs as little as £2 per dose in another huge boost for the fight against Covid-19, preliminary results have revealed today.

The trials found that the jab has a nine in ten chance of working when administered as a half dose first and then a full dose a month later. This drops to 62 per cent when someone is given two full doses a month apart.

The combined analysis from both dosing regimens resulted in an average efficacy of 70.4 per cent, Oxford University/AstraZeneca said.

The life-saving jab, costing between £2 and £4 each, is viewed as Britain’s best chance of mass-inoculation of the population by the end of spring because Boris Johnson has ordered 100million doses.

The Prime Minister tweeted today: ‘Incredibly exciting news the Oxford vaccine has proved so effective in trials. There are still further safety checks ahead, but these are fantastic results. Well done to our brilliant scientists at @UniofOxford & @AstraZeneca, and all who volunteered in the trials.

Vaccines developed by Pfizer and Moderna in the US have showed 95 per cent protection – but both have to be stored between minus 75C and minus 20C and are up to £24 more expensive per jab.

Oxford University/AstraZeneca said today they have found no serious Covid-19 cases among any of 20,000 people who received the jab in the UK and Brazil and with regulatory approval will be able to start administering it by the end of 2020.

Scientists have also hailed the discovery that a half-dose for the first jab makes it more effective, saying it means more people can be inoculated because the vaccine will go further.

‘Is one of you going to do it or not, it’s no good looking at each other.’

Then as the Health Secretary prepared to stand up to speak to more gentle laughter, the Speaker said he would suspend the House for three minutes.

Mr Johson’s audio then suddenly kicked into life and he can be heard shouting ‘There’s some problem with the sound’.

Earlier he heralded a last push to see off the coronavirus crisis today holding out the prospect that lockdown could be lifted altogether by April – after another dramatic vaccine breakthrough.

In a Commons statement delivered from self-isolation in Downing Street, the Prime Minister said there is an ‘escape route in sight’ as he confirmed that the second national squeeze will finish in England on December 2, with a return to the regional approach that was in force before.

He revealed that Christmas shopping is being saved as retail and gyms can reopen in all Tiers, while there is the potential for small family gatherings over the festive season. Spectator sports will also be able to make a limited comeback in the two lower levels.

But pubs and restaurants are set to pay the price with ‘devastating’ restrictions, sparking warnings that three quarters of hospitality firms could go bust.

Although the hated 10pm curfew on bars is being eased, with last orders at that time and kicking out an hour later, the industry has branded it ‘reopening in name only’. Alcohol sales will only be allowed with meals in Tier Two, and it will be takeaway service only in the highest bracket.

Mr Johnson declared that the new curbs will be ‘redundant’ and expire by law at the end of March – when there is increasing optimism that effective vaccines will be in circulation. ‘We have turned a corner and the escape route is in sight,’ he said.

He said the ‘whole concept’ of coronavirus lockdown should be unnecessary by the Spring, but warned: ‘We are not there yet.’

Mr Johnson said Britons ‘need’ to have ‘some kind of Christmas’, and UK-wide proposals will be outlined soon. But he added that families will have to make ‘careful judgments’ about the risks of meeting elderly relatives. ‘This virus is not going to make a Christmas truce’.

The PM has been self-isolating after coming into contact with someone who had tested positive for the virus.