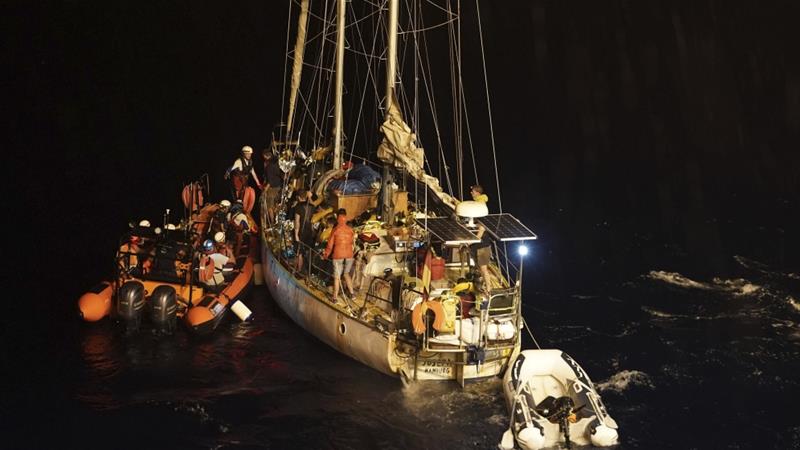 Thirty-four migrants, including women and a small child who had been rescued by a German sailboat, have been successfully transferred to a larger humanitarian ship during a thunderstorm in international waters north of Libya.

The transfer happened late on Monday in the Mediterranean Sea about 120 kilometres off the Libyan coast, near the Bouri offshore oil field.

The migrants, including men, women and a one-year-old boy, had been rescued earlier in the day from a rubber boat with a broken engine by the crew of a 14-metre-long sailboat operated by the German charity Resqship.

Wrapped in thermal blankets, the migrants were transferred in pouring rain to the much larger Ocean Viking after the sailboat declared a state of emergency.

The Ocean Viking, a Norwegian-flagged ship run jointly by SOS Mediterranee and Doctors Without Borders, rescued 50 others a day earlier off the coast of Libya. 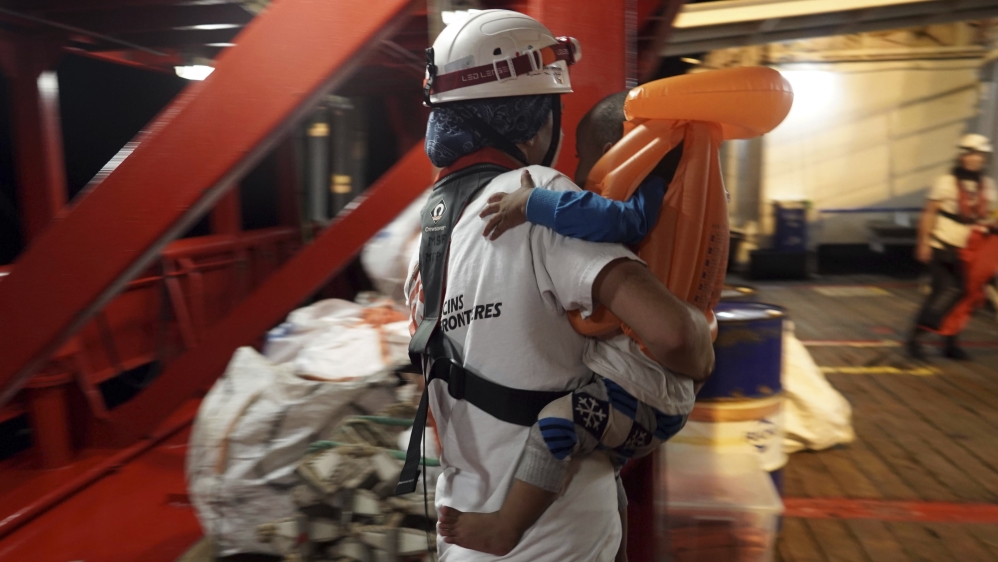 In a separate incident involving Europe-bound migrants, Greece’s coast guard said on Tuesday it seized a sailboat and arrested two people on suspicion of trying to smuggle 37 migrants to Italy.

The Ukrainian-flagged boat was stopped in the Ionian Sea northwest of the island of Zakynthos on Monday morning, the coast guard said.

The 37 people crammed on board were transported to Zakynthos port, while the boat was confiscated. The nationalities of the passengers were not released.

Authorities said they were investigating whether the two suspects, identified only as foreigners aged 35 and 49, might be part of an international migrant smuggling ring.

Hundreds of people continue to arrive in Greece from Turkey, most hoping to make their way to more prosperous European nations further north. With routes through the Balkans blocked, many turn to smugglers.

On Sunday, Greek Prime Minister Kyriakos Mitsotakis criticised Turkish President Recep Tayyip Erdogan for a statement he made last week about opening the gates for Syrian refugees to migrate into Europe.

Mitsotakis also criticised EU countries for not doing their part to accept refugees, especially unaccompanied children, saying that if they could not show solidarity with fellow EU members, they should leave the Schengen area of free peoples’ movement.