Berkshire Hathaway (BRK-A, BRK-B) Vice Chairman Charlie Munger on Wednesday sharply criticized cryptocurrency traders as participants in a get-rich-quick scheme and faulted the U.S. for what he considers a failure to ban cryptocurrency trading outright.

Munger, 98, a longtime critic of cryptocurrency trading, said the increasingly popular market is run by "people who want to get rich quick for doing very little for civilization."

"I don't think it's good that our country is going crazy over bitcoin and its ilk," he adds. "I hate it."

Munger made the remarks in an exclusive interview with Yahoo Finance’s Editor-in-Chief Andy Serwer ahead of the annual shareholders meeting at the Daily Journal, where Munger serves as chairman.

Speaking to Yahoo Finance on Wednesday, Munger also directed his ire toward the U.S. government for its failure to ban cryptocurrency.

"It was a huge mistake to allow it at all," Munger says. "You let a bad genie out of the bottle."

In contrast, Munger praised China for a cryptocurrency ban the country instituted in September.

"I think the communist Chinese were wiser than we were," he said. "They just banned it."

The outlook for U.S. regulation of cryptocurrency remains unclear, though top federal officials have indicated a desire to strengthen oversight. Treasury Secretary Janet Yellen last July urged speedy adoption of rules for stablecoins, a form of cryptocurrency that pegs its value to a commodity or currency, like the U.S. dollar. 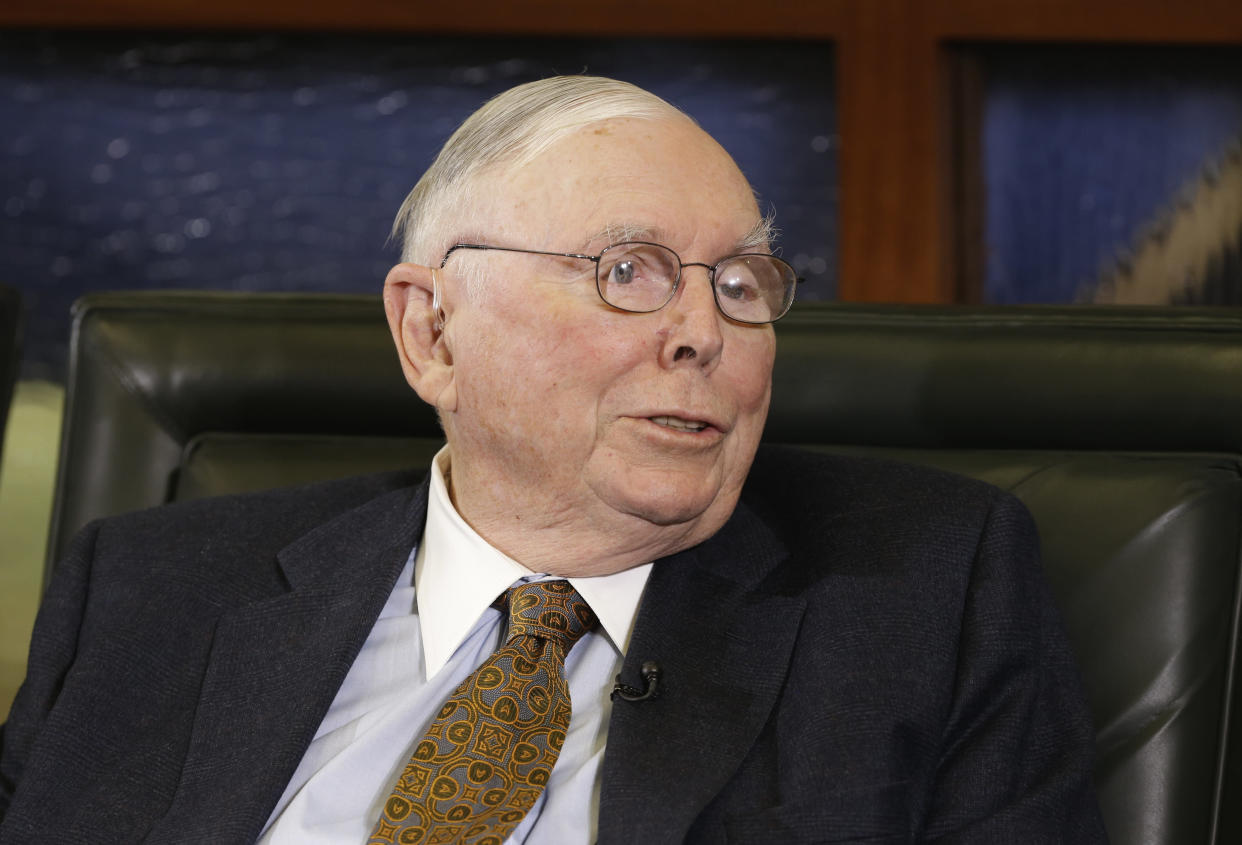 In August, SEC Chair Gary Gensler described the crypto market as the "wild wild West" and has since indicated a desire to regulate it.

Munger voiced skepticism about the government's appetite for robust regulation of cryptocurrency.

"The truth of the matter is our regulatory establishment — when they quit government, they go out into this heavy promotional capitalism," he says.

"So it is very hard to get the government to make good, wise decisions about something like bitcoin."