A child has died and more were injured after their school bus overturned on a Texas road Wednesday afternoon.

The bus was carrying 42 Terry Middle School students when it rolled onto its side, reportedly hitting a power line and catching fire.

Three students, three police officers and the bus driver were all taken to hospital with non-life threatening injuries. 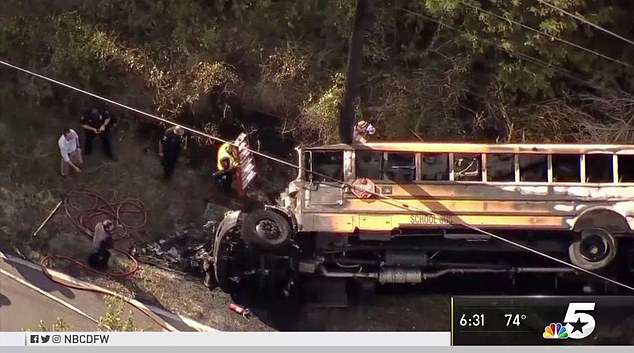 A bus full of middle school students overturned on a Texas road on Wednesday afternoon, killing one 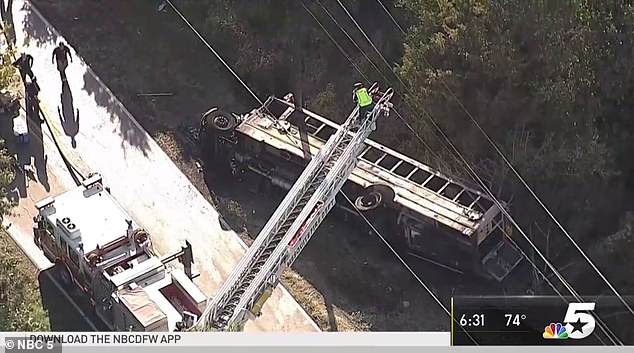 The bus is thought to have hit a power line as it turned, causing it to catch on fire. Aerial images show the vehicle burnt out and the emergency doors open, showing where children fled

Mesquite Independent School District thanked emergency services and the community for their efforts, and said many more children could have died had there not been immediate action.

‘Community members, MISD employees and first responders acted quickly and risked their own lives to save these children,’ a post shared to Facebook read.

‘We know these citizens saved many lives tonight and we are deeply moved by and thankful for their heroic acts.’

Sixth grade student Ramona Mitchell said her classmates on the bus were panicked when the bus overturned, but worked together to get out safely. 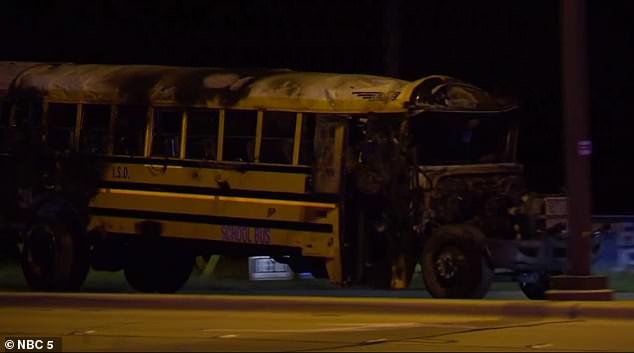 The identity of the child who died has not been released, but grief counselors were on site to help students on Thursday 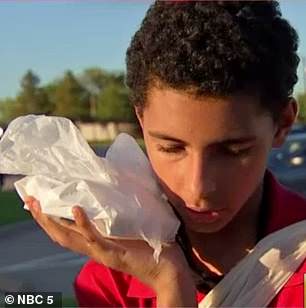 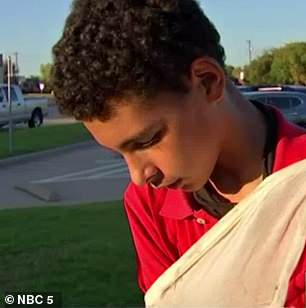 Three other students were hospitalized, as was the bus driver and three police officers at the scene

‘Kids were crying and stuff, they were trying to make it out,’ the 11-year-old told WFAA.

‘I was struggling because I was scared that I would catch on fire.’

An investigation into how the bus crashed and burned is ongoing, though locals say the road is a hot spot for accidents.

The identity of the child who died has not been released.

On Thursday, teachers waited outside Terry Middle School to hug children as they arrived, and grief counselors were stationed inside.