An Indonesian man collapsed and begged for mercy as he was flogged nearly 150 times today for raping a child in a province where public whipping is a common punishment for violating Islamic law.

The 19-year-old grimaced and cried out as a masked sharia officer lashed his back with a rattan stick in the town of Idi.

He pleaded for the punishment to stop and was briefly treated by doctors before the flogging restarted.

The man was arrested earlier this year on charges he molested and raped the victim, whose age was not revealed. 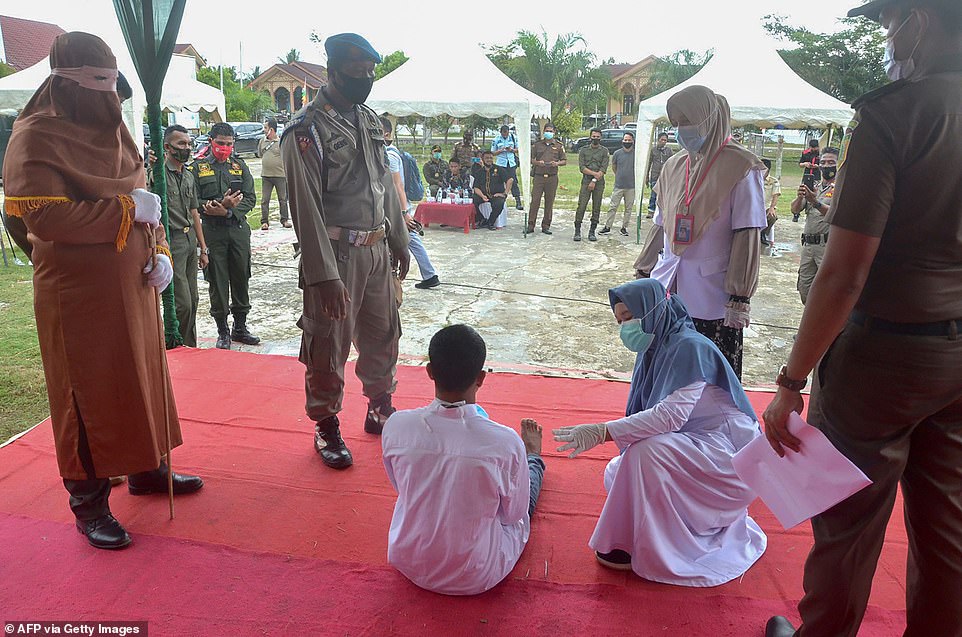 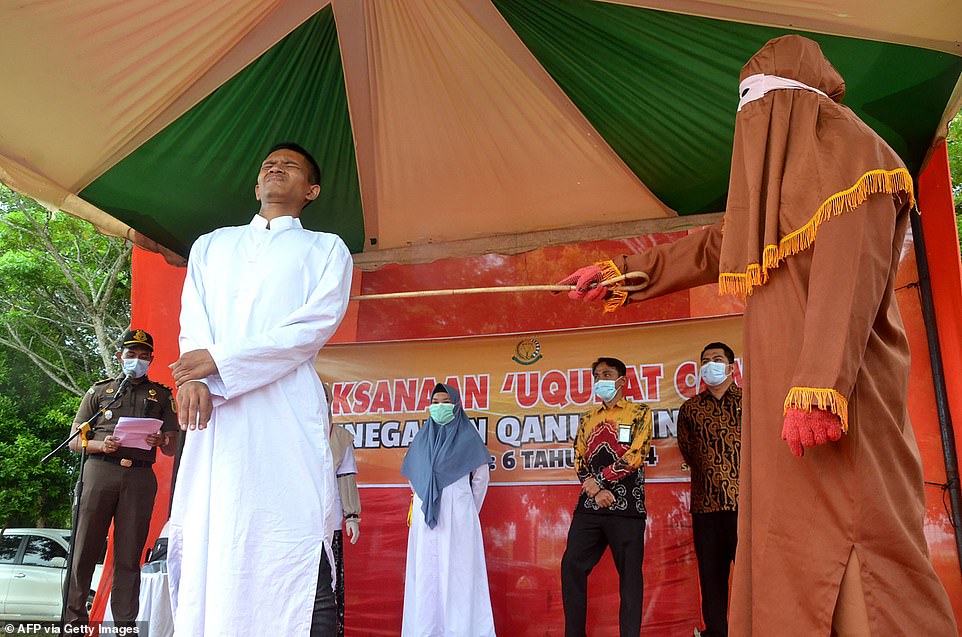 He was sentenced to 146 lashes, a particularly high number reserved for the most serious crimes.

‘The maximum sentence is meant to be a deterrent,’ Ivan Nanjjar Alavi, an official from the East Aceh prosecutor’s office, told reporters.

Aceh, on the western tip of Sumatra, is the only region in Muslim-majority Indonesia to impose Islamic law under an autonomy deal with the central government that ended a long-running separatist insurgency. 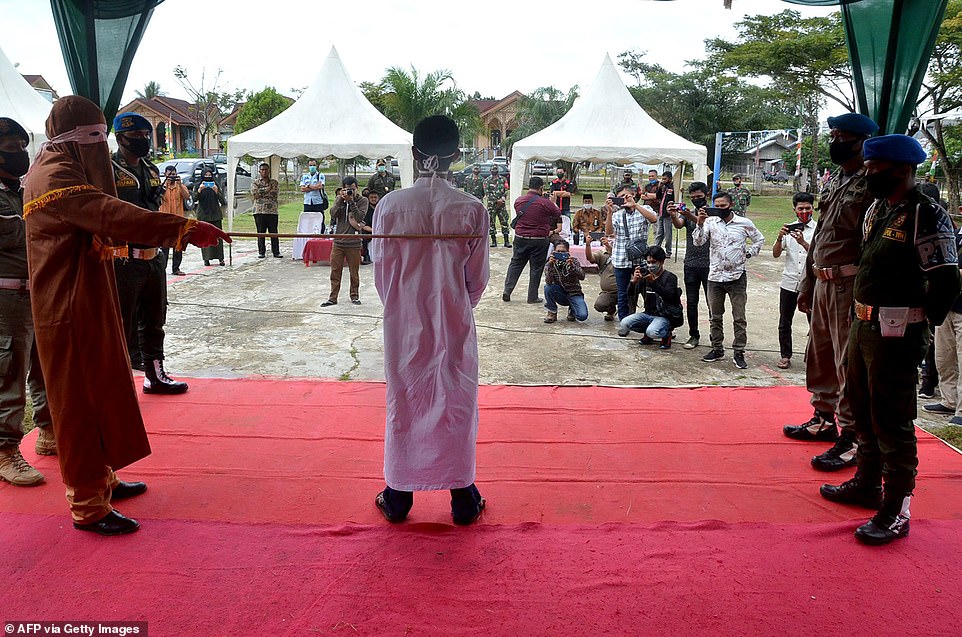 Also on Thursday, a 40-year-old and a 21-year-old man were whipped 100 times each for having sex with underage partners.

Aceh’s public whippings – widely criticised by rights groups – can attract hundreds of spectators, but crowds have dwindled in the midst of the coronavirus pandemic.

The province allows whipping for a range of charges – including gambling, adultery, drinking alcohol, and having gay or pre-marital sex.

It has wide support among Aceh’s mostly Muslim population.