Scumbag George Stephenson, 60, tricked judges into believing he was unfit to stand trial.

He made unintelligible noises in court, used a wheelchair and claimed he was incontinent.

But the monster’s game was foiled after a covert police investigation caught him walking, driving a camper van and eating a burger. 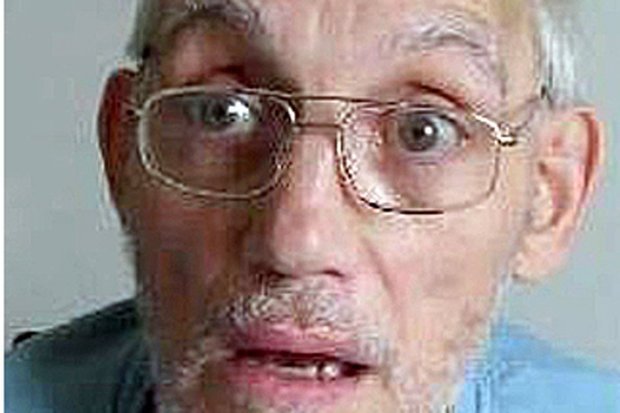 When officers went to arrest Stephenson at his home in Sunderland, he climbed on to his shed waving a piece of wood. He was jailed for 26 years and four months after being convicted of 14 counts of rape on a girl and perverting the course of justice.

His wife Wendy, 68, got three years for perverting the course of justice and two sexual offences.