The quake, which occurred at 1.36pm local time,  hit some 610 miles from the capital of Santiago, but could be felt in cities such as Osorno, Temuco, Puerto Montt and Ancud. One witness described feeling “dizzy” after the quake hit, while another said it was accompanied by a “long underground noise”.

There are currently no reports of any damage or injuries.

The natural phenomenon struck at a depth of 122km.

In February 2010, Chile was hit by a catastrophic earthquake registering 8.8 in magnitude of the Richter scale.

The quake triggered a devastating tsunami which killed more than 500 people. 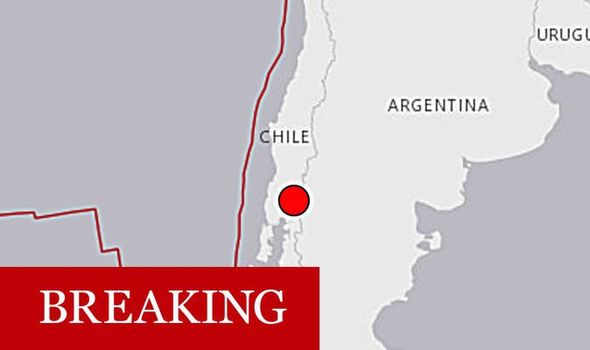 No tsunami warnings are currently in place after today’s strike.

Chile is prone to earthquake as it sits in the volatile Ring of Fire, an area in the Pacific with more than 450 volcanoes, including three of the world’s largest.

More than 80 percent the world’s earthquakes strike in the 25,000-mile strip of ocean.

The infamous area extends from New Zealand in the West, to the Philippines, up around Russia and towards the US, where it goes through Alaska and the west coast into South America.