In a leaked document, the pope blamed the Chilean church hierarchy for ‘grave defects’ in handling sex abuse cases.

All Chilean bishops have offered to resign over a sex abuse and cover-up scandal, in the biggest shakeup ever in the Catholic Church’s long-running abuse saga.

The bishops announced at the end of an emergency summit with Pope Francis on Friday that all 31 active bishops and three retired ones in Rome had signed a document offering to resign, and putting their fate in the hands of the pope, according to the Associated Press news agency.

Earlier, the pope summoned the bishops to Rome for a meeting to discuss the “grave events” hounding the predominantly Catholic country in Latin America.

Francis can accept the resignations one by one, reject them or delay a decision.

It marked the first known time in history that an entire national bishops conference had offered to resign en masse over a scandal.

Calls had mounted for the resignations after details emerged of the contents of a 2,300-page Vatican report into the Chilean scandal leaked early on Friday.

In one of the most damning documents from the Vatican on the issue, Francis said the entire Chilean church hierarchy was collectively responsible for “grave defects” in handling cases and the resulting loss of credibility that the Catholic Church has suffered.

“No one can exempt himself and place the problem on the shoulders of the others,” Francis wrote in the document, which was published by Chilean T13 television and confirmed as accurate on Friday by the Vatican. 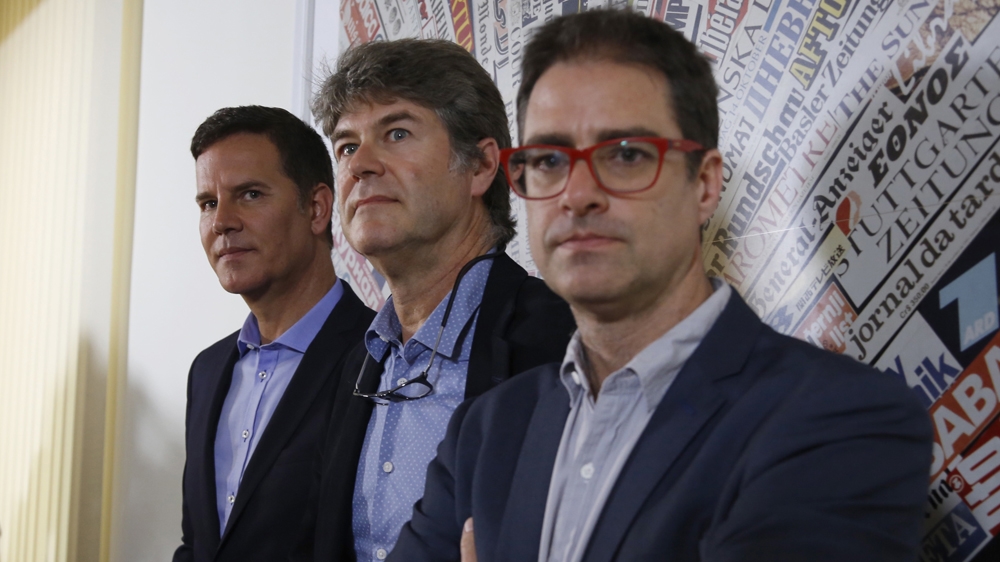 In a statement in response, the Chilean bishops said the contents of the document were “absolutely deplorable” and showed an “unacceptable abuse of power and conscience,” as well as sexual abuse.

They asked forgiveness to the victims, the pope and all Catholics and vowed to repair the damage.

Francis himself admitted that he had made “grave errors in judgment” in the case of Bishop Juan Barros, who is accused by victims of Chilean priest, the Rev. Fernando Karadima, of witnessing and ignoring their abuse.

Francis first drew scorn from victims, ordinary Chileans and even members of his sex abuse advisory board by appointing Barros bishop of Osorno, Chile, in 2015.

Robert Gahl, associate professor of ethics at Pontifical University of the Holy Cross, told Al Jazeera he believes Pope Francis will take a pragmatic decision regarding the resignations.

“It’s very likely that the pope will accept the resignations very quickly of several of these bishops who were involved directly with their own responsibility in these crimes of sexual abuse and of hiding information from the Vatican investigators,” Gahl said.

He added, however, that accepting all the resignations was unlikely “because he really needs to rely upon the people in the country to understand what’s happening there. They’ve already demonstarted their humility and their desire for reform.

Gahl said “the victims themelves of sexual abuse might have a voice in this governance and that’s what he’s striving for and I’m sure he can rely upon many of those good bishops who presented their resignations”.

The AP news agency reported earlier this year that Francis did so over the objections of other Chilean bishops who knew Barros’ past was problematic and had recommended he and other Karadima-trained bishops resign and take a sabbatical.

The AP subsequently reported that Francis had received a letter in 2015 from one of Karadima’s most vocal accusers, Juan Carlos Cruz, detailing Barros’ misdeeds.

That letter undercut Francis’ claim to have never heard from victims about Barros.

Francis further enraged Chileans and drew sharp rebuke from his top abuse adviser when, during a January trip to Chile, he said the accusations against Barros were “calumny” and said he was “certain” he was innocent.

After receiving the Scicluna-Bertomeu report, though, Francis did an about-face. Blaming a “lack of truthful and balanced information” about the case for his missteps, Francis invited the three main whistle-blowers to the Vatican hotel he calls home so he could apologise in person.