Backers of the President threatened “war” and insisted they must be “ready to fight” before the assault which left five dead, including one police officer. The information was revealed by Assistant FBI Director Steven D’Antuono, who said it had been handed in a report to local law enforcement before the events unfolded.

Discussions identified online included a “threat from a message board” where a map of the tunnels under Congress was posted, whilst staging posts for Trump supporters were announced in multiple states.

According to the Washington Post, which acquired a copy of the document, one Trump supporter posted: “Congress needs to hear glass breaking, doors being kicked in … Go there ready for war. We get our President or we die. NOTHING else will achieve this goal.”

According to Mr D’Antuono the warning shared within “40 minutes” with law enforcement agencies including the Joint Terrorism Task Force, which incorporates the US Capital Police.

On Wednesday officers were overwhelmed by thousands of Trump supporters, hundreds of whom broke into Congress and rampaged inside. 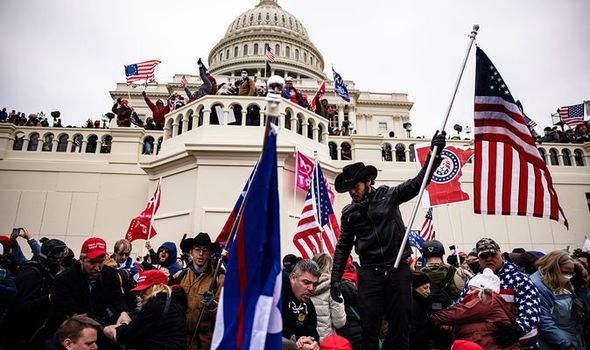 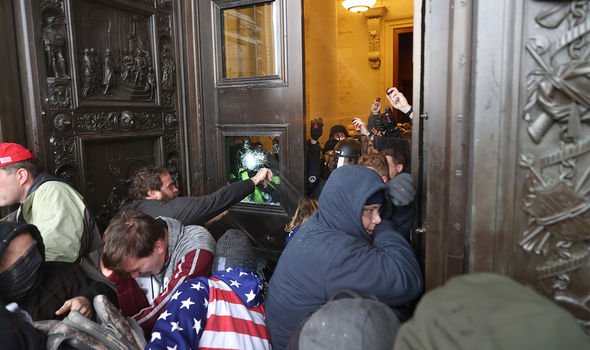 Lawmakers, who had been meeting to certify Joe Biden’s election win, were forced into hiding whilst one attacker was shot dead by police.

President Trump has repeatedly insisted, without providing clear evidence, that November’s presidential election was rigged against him.

This claim has been dismissed by numerous US courts and independent election analysts.

The violence took place after Mr Trump addressed his supporters, during which he suggested they head towards Congress to put pressure on Republican lawmakers not to certify Mr Biden’s victory. 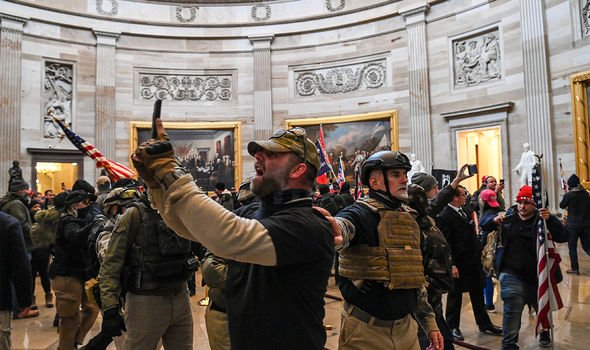 Following the unrest the president’s Twitter account was suspended after the platform said he could use the platform for “further incitement of violence”.

Democrats have moved to impeach Mr Trump for “incitement of insurrection”.

A number of those suspected of involvement in the attack have been arrested and could face sedition charges. 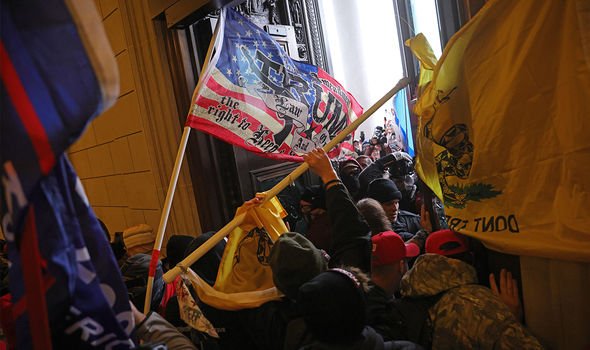 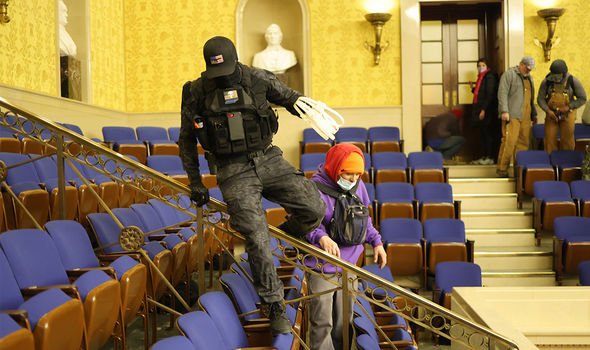 Authorities said they could not rule out a hostage taking plan, after several attackers were pictured holding hand restraining zip-ties inside the building.

Investigators are being aided by 100,000 pieces of digital media, including video clips and forum posts, submitted by members of the public.

Referring to the investigation Mr Sherwin commented: “This is only the beginning.”

There are fears of renewed violence on January 20 when Mr Biden is inaugurated as president.

Thousands of national guard soldiers have been drafted in to provide security for the event.

The FBI warned pro-Trump and far-right individuals have called for the “storming” of Congress and other government buildings if Mr Biden is inaugurated as president.

Speaking to the Daily Telegraph Jonathan Greenblatt, CEO of the Anti-Defamation League, said far-right groups have been “energised” by last weeks events.

Mr Biden has insisted he will not be intimidated by threats of violence. 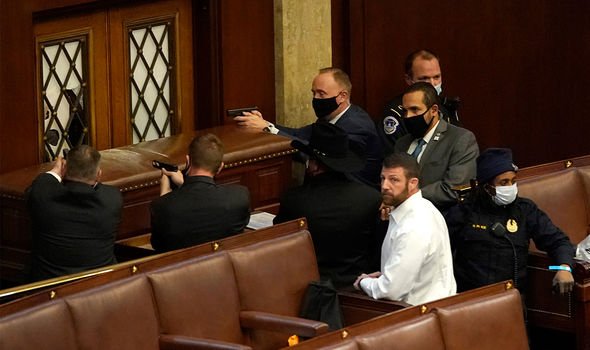 He said: “I’m not afraid of taking the oath outside, and we’ve been getting briefed.

“I think it’s critically important that there be a real, serious focus on holding those folks who engaged in sedition and threatened people’s lives, defaced public property, caused great damage, that they be held accountable.”

One police officer died in the Capital Hill riot, reportedly after being hit with a fire extinguisher.

Three others died in unspecified “medical emergencies” whilst one woman was shot dead by police.