THIS is the chilling moment a distressed woman banged on a homeowner’s door begging “I need help.”

The footage was captured by a Ring camera at a home in East London at around 5am on Monday 8th February. 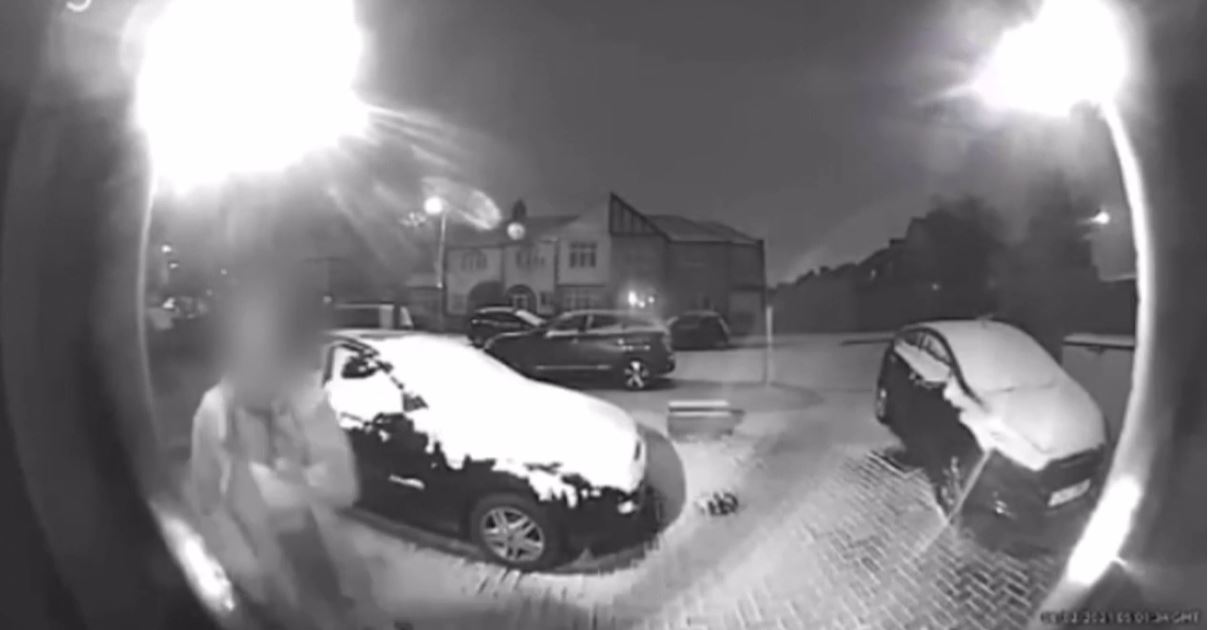 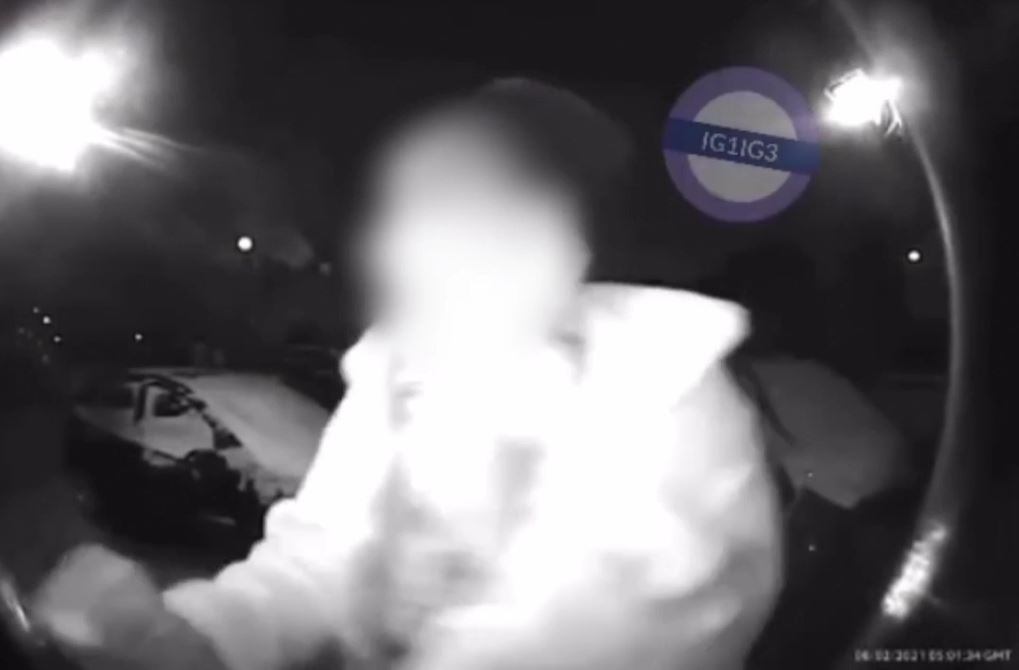 The CCTV video shows a woman filmed Gants Hill in Ilford outside on their doorstep banging on the door and windows while on her phone.

She said: “Please help. Please help me” before quietly reporting to someone on her mobile phone “Hold on, I’m just knocking on the door”.

However as soon as she heard their dog bark, the woman ran away from the house.

The video was shared by @ig1ig3 – a social media page which raises awareness about news in the Ilford area.

The homeowners told @ig1ig3 how the woman rang their doorbell asking for help but upon hearing their dog bark, she ran away and rang their neighbours’ door instead.

But when the woman noticed that all the occupants in the house were awake, she bolted from the scene into a nearby parked car.

They said: “If she needed help she wouldn’t run away, nor run into a running car.

“This was clearly a scam and was leading to something more.

“Luckily the dog made her think twice, knocking on our neighbours’ door seemed like a cover up”

Social media users were left shocked and disgusted by the scenes in the video.

One online user pointed out that the woman would have called the police and not been talking to someone on her mobile phone if she was really in need of help.

They commented: “Asking for help whilst on the phone… call 999 if you REALLY need help.”

Whilst another person said they would easily fallen for this clever scam: “I would’ve fell for this can’t lie”.

Another individual warned viewers: “These people doing the devils work to catch you slipping at dumb hours.

“@ig1ig3 respect for always keeping those in the area aware and others who don’t live here to do the same.

“Real talk don’t trust a soul outside your house these days”.

Meanwhile another online user praised dogs as the ultimate home security after seeing this clip: “This is why dogs are the best. They’re kryptonite to these [people]”

MET Police said they had no record of the incident.