China is developing a weather-modification system that aims to divert water vapour thousands of miles through the sky and bring rainfall to the country’s driest regions.

The Tianhe Project – meaning ‘Sky River’ – is capable of transferring abundant water vapour from the damp west part of the country to the arid north via a man-made ‘air corridor’.

A total of six satellites are being developed by the Shanghai Academy of Spaceflight Technology and the first two satellites of the network could be launched in 2020, state media reported. 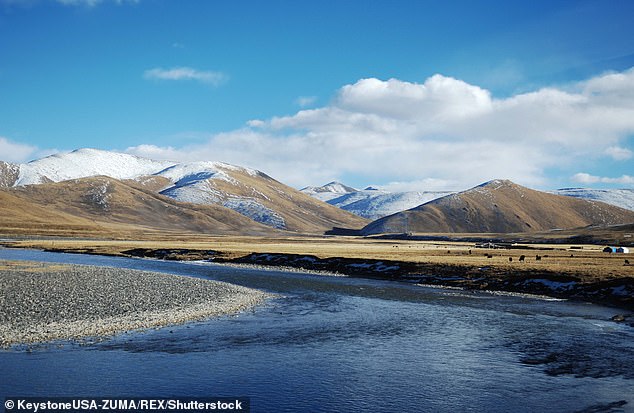 By 2022, all six satellites would be in operation and will visit the Sanjiangyuan area (pictured) in north-west Qinghai province every hour to support the transportation of the water vapour 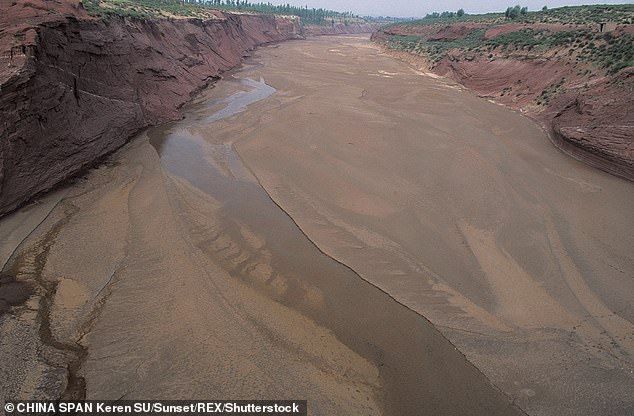 A dried up tributary of the Yellow River in Shaanxi province. China is developing a weather-modification system that aims to divert water vapour and bring rainfall to dry regions 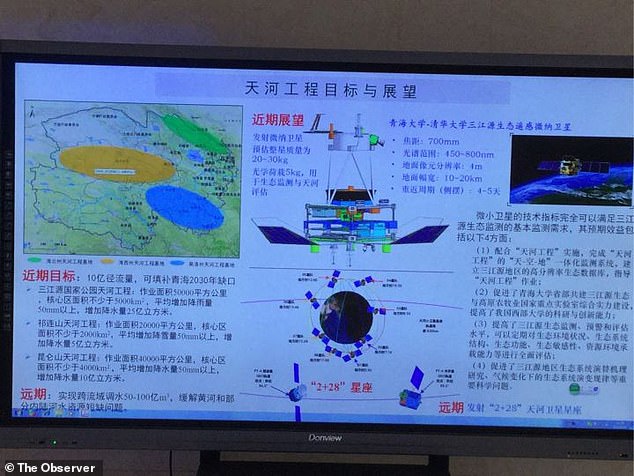 A satellite model that is part of the first phase of the project has made a debut at the ongoing 12th China International Aviation and Aerospace Exhibition in Zhuhai, according to People’s Daily.

By 2022, all six satellites would be in operation, where they will visit the Sanjiangyuan area in north-west Qinghai province every hour to support the transportation of the water vapour.

The Sanjiangyuan area contains the headwaters of three great rivers of Asia: the Yellow, the Yangtze, and the Mekong. These rivers, which originate on the Tibetan Plateau, are sourced from glacial and snow meltwater and drain down into farmlands. 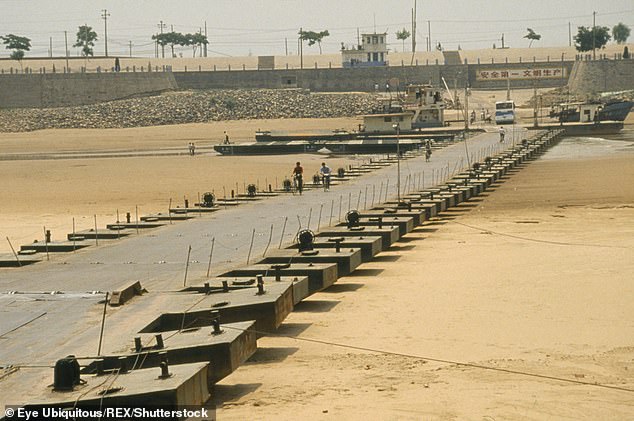 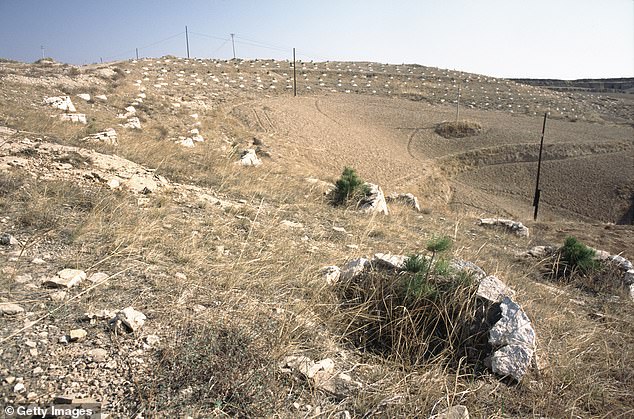 In theory, the project could eventually divert 5 billion cubic metres of water annually across the regions to alleviate water shortages in the Yellow River Basin and other inland rivers, Wang previously told China Daily.

The Tianhe satellite is equipped with payloads such as microwave temperature and humidity meters, precipitation measurement radar and cloud water detectors, according to Zhu Wei, chief designer of the system. The satellite can achieve high-precision detection through a combination of active and passive measures.

The precipitation measurement radar can monitor three-dimensional distribution of rainfall while the water vapour detector can construct an atmospheric cloud map and detect the surface environmental characteristics of the Sanjiangyuan area. 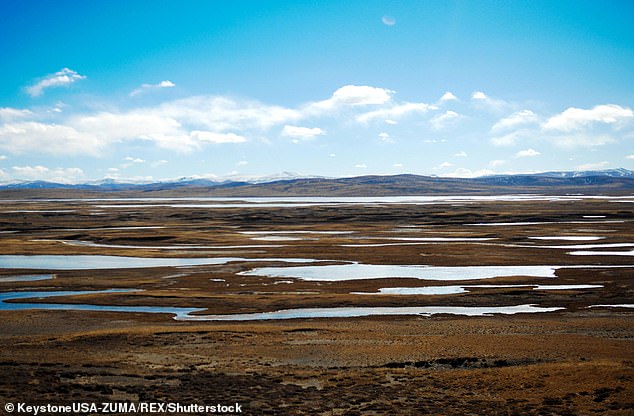 Sanjiangyuan, an area in China’s north-west Qinghai province, contains the headwaters of three great rivers of Asia: the Yellow, the Yangtze, and the Mekong

The practice of artificially inducing rainfall in China is not new.

Currently, the government is developing a massive cloud-seeding project to boost rainfall across the Tibetan Plateau by five to 10 billion cubic metres a year.

The China Aerospace Science and Technology Corporation has designed and constructed chambers that use military rocket engine technology that burn fuel to produce the cloud-seeding agent silver iodide, triggering rainfall.

In another ambitious attempt to modify Earth’s natural environment, the south-west city of Chengdu is planning to launch an artificial moon that will replace streetlights during night time.

The fake moon is touted to be eight times as bright and an illumination satellite could be launched in 2020.