Beijing: The United States has declared a trade war and Europe should join with Beijing to fight back, the official China Daily newspaper has said in a front-page editorial.

The editorial slammed the Trump administration's "tumultuous, unilateral and wilful decision-making style which is set to undermine normal trade relations between the world's two biggest economies". 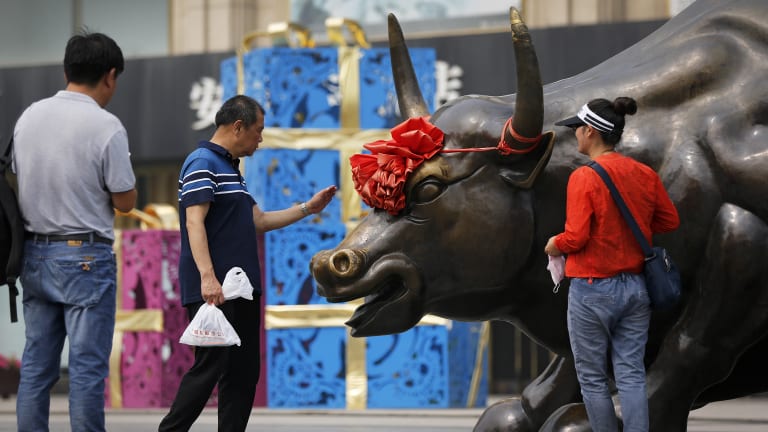 A man touches a bull statue as a couple preparing to take a picture outside a retail and wholesale clothing mall in Beijing on Monday.

The prominent attack on Trump's move to slap $US34 billion ($46 billion) in punitive tariffs on Chinese products from July 6 was published by the official newspaper on a national public holiday.

As some analysts speculate that Trump may be engaged in the trade equivalent of the nuclear brinksmanship he undertook with North Korea, and that he may yet strike a deal with Beijing before July 6, the Chinese government appeared furious with the volatile tactics.

The China Daily said the world's major economies were "facing substantial damage" from US unilateralism and China and Europe should "join hands to fight back in order to teach the US the lesson that it must pay a dear price".

The tariffs, announced by the White House on Friday, were "a stark violation fo the core spirit of consensus reached in recent China-US trade talks and is set to backfire if Washington does not back off from its dangerous adventurism".

China's commerce ministry had earlier responded swiftly to Trump's move, saying Beijing would retaliate with a 25 per cent tariff on 659 US products, including soybeans, beef, pork, tobacco, cars and seafood, worth a combined $34US billion.

Another list of US energy products, including natural gas and coal, would be hit with tariffs later.

This would break a mooted agreement, under which China was to sign long-term supply contracts for US natural gas and agricultural products. That deal may have come at the expense of existing suppliers to China, such as Australia.

But the growing trade tensions between China and the US has done little to dim global miner Rio Tinto’s view on Chinese iron ore demand.

Despite concerns over Chinese-made steel, which uses Australian-mined iron ore, being hit by US tariffs, Rio Tinto believed it would only present minor hurdles for the company. 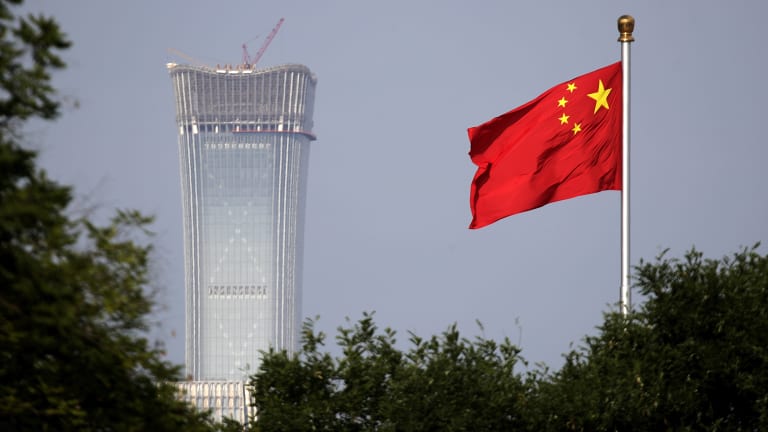 “[There is] strong external demand for Chinese exports despite an increase in trade tensions.”

The US products targeted by the Chinese appear designed to hit Trump's Republican voter base ahead of mid-term elections in November. Soybeans are the biggest US import to China, and tariffs would hurt voters in Iowa.

Canada and Europe appear to be using a similar strategy, targeting US products for retaliatory tariffs that have maximum political pain for Republican senators.

There were some changes to the list published on Friday by the Chinese commerce ministry, with US aircraft removed, but other products were added.

Trade negotiators from China and the US held three rounds of talks in Washington and Beijing in which China had agreed to big purchases of US products to lower its trade surplus. But Beijing has refused a US demand to abandon state support for technology industries, under a program known as Made in China 2025.

The front page editorial in the usually staid China Daily came after the communist party's mouthpiece, People's Daily, called the Trump administration "rude, unreasonable, selfish and headstrong" in an editorial on Saturday.

A prominent Chinese e-commerce executive, JD.com chief executive Richard Liu, told CNBC: "If it's a longer term war it will be horrible".

He said American brands would be hurt, because Chinese consumers had shown a preference for imported goods.