China has installed a new system that will spray water to stop people from jaywalking in the city.

The yellow bollards, fitted with facial recognition technology, were set up at two sides of the crossings that could spray water whenever detected any person walking past the posts.

The technology is the latest technology invested in a bid to catch pedestrians crossing red lights. 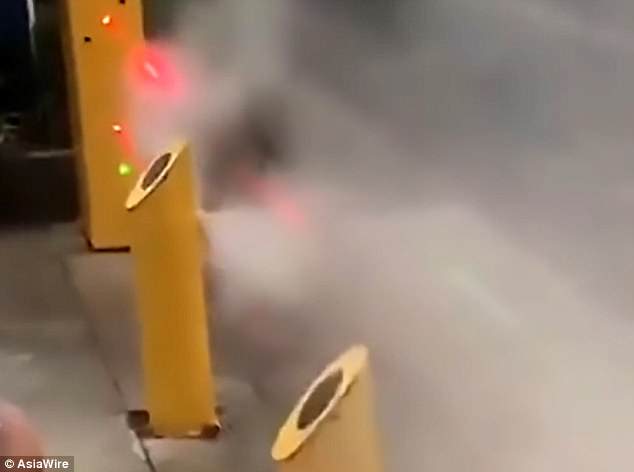 Connected to the traffic system, the bollards can remind the pedestrians when the lights are changing.

‘It is now green light, please cross and be careful,’ the voice message plays.

When the traffic light turns red, the bollard will say: ‘You are running red lights now. Please do not cross, it is dangerous.’

The bollards are equipped with lights and water sprays.

Some pedestrians got scared when the water sprayed at their feet. But some seem to be curious to test the effectiveness of the system. 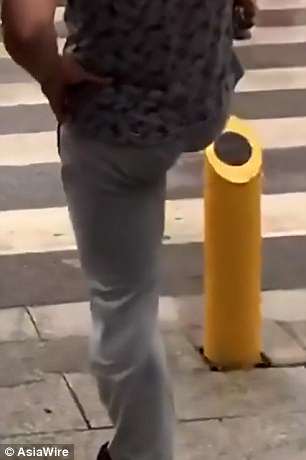 The bollards will give warning messages to jaywalkers and shoot out water mist (left). Some of them try to test the sensor by swing across the bollards (right) 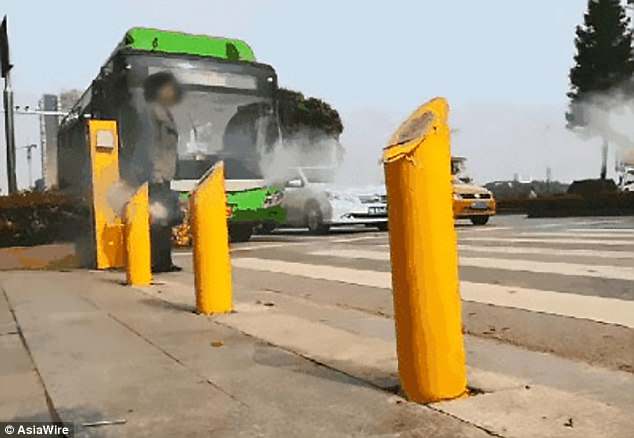 The system is set up in Daye city of Hubei Province as a trial, according to Daye Traffic Police

According to Xinhua, the posts will spray water mists when a person attempts to cross the red light.

Any jaywalking offenders will have their face snapped onto a large display screen near the crossing.

‘This installation is a good idea! At least it can deter people from jaywalking and hopefulls less traffic incidents happen in the future,’ one citizen told Xinhua.

Traffic police officer, Wu Jin, told the reporter that the system is still under running as a test.

Officers will have to assess the results and decide whether or not to use it in the Daye city.