CHINA is building a "Robo-Shark" drone powered by a bionic tailfin to spy on enemy ships and hunt US Navy submarines.

The underwater robot looks like a small shark and its fin has been specially built to replace the traditional propeller. 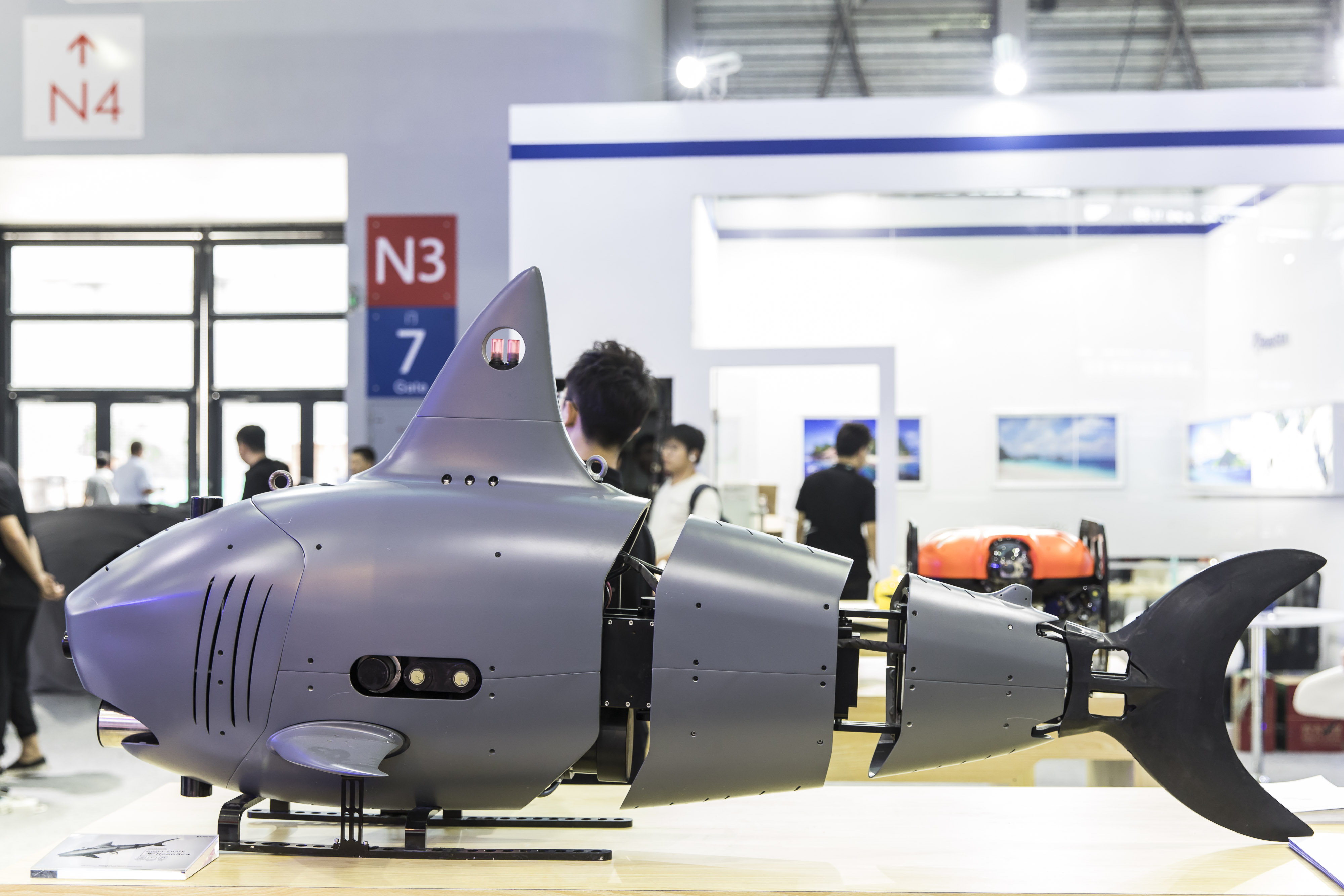 Most underwater drones can be fired out of a submarine's torpedo tube, but how the Robo-Shark will be launched is yet to be revealed.

And since its main source of power is the bionic tailfin, the drone can achieve a top speed of six knots.

The Robo-Shark, developed by Beijing-based Boya Gongdao Robot Technology, is currently on a project with the Chinese military.

It was presented at the 7th China Military Intelligent Technology Expo on Monday.

The expo showcased several different drones including target drones that were used in real combat as decoys and vertical takeoff and landing drones for reconnaissance and patrol missions.

It comes as last week China revealed it is developing a top-secret underwater drone designed to track and destroy enemy submarines with no human input. 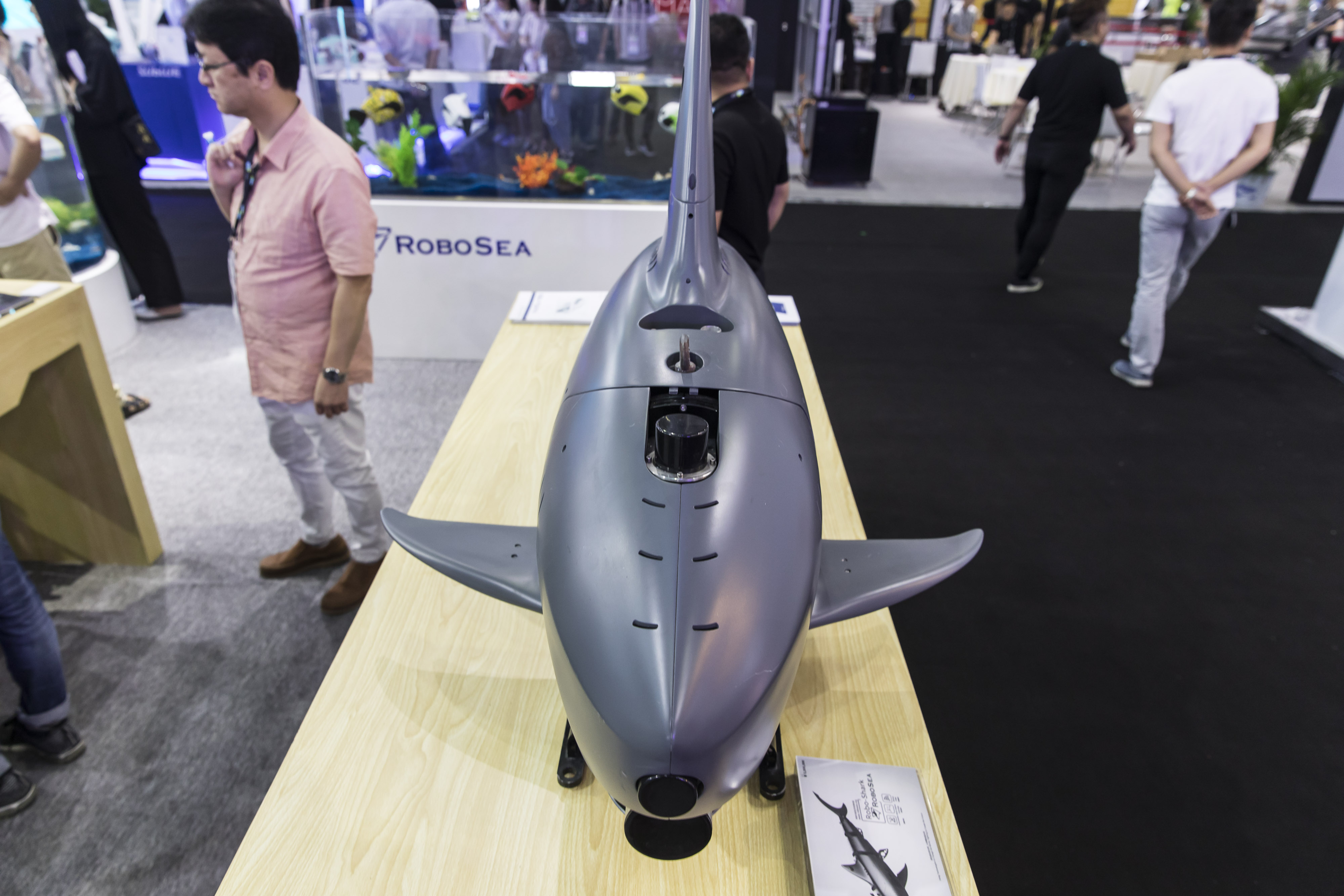 The unmanned attack robot was first test-fired in the Taiwan Strait a decade ago but its existence was not made public until now.

The craft is said to rely entirely on artificial intelligence and does not need any instructions from an operator.

Under testing, it was reportedly able to detect a dummy submarine, identify its origin and hit it with a torpedo.