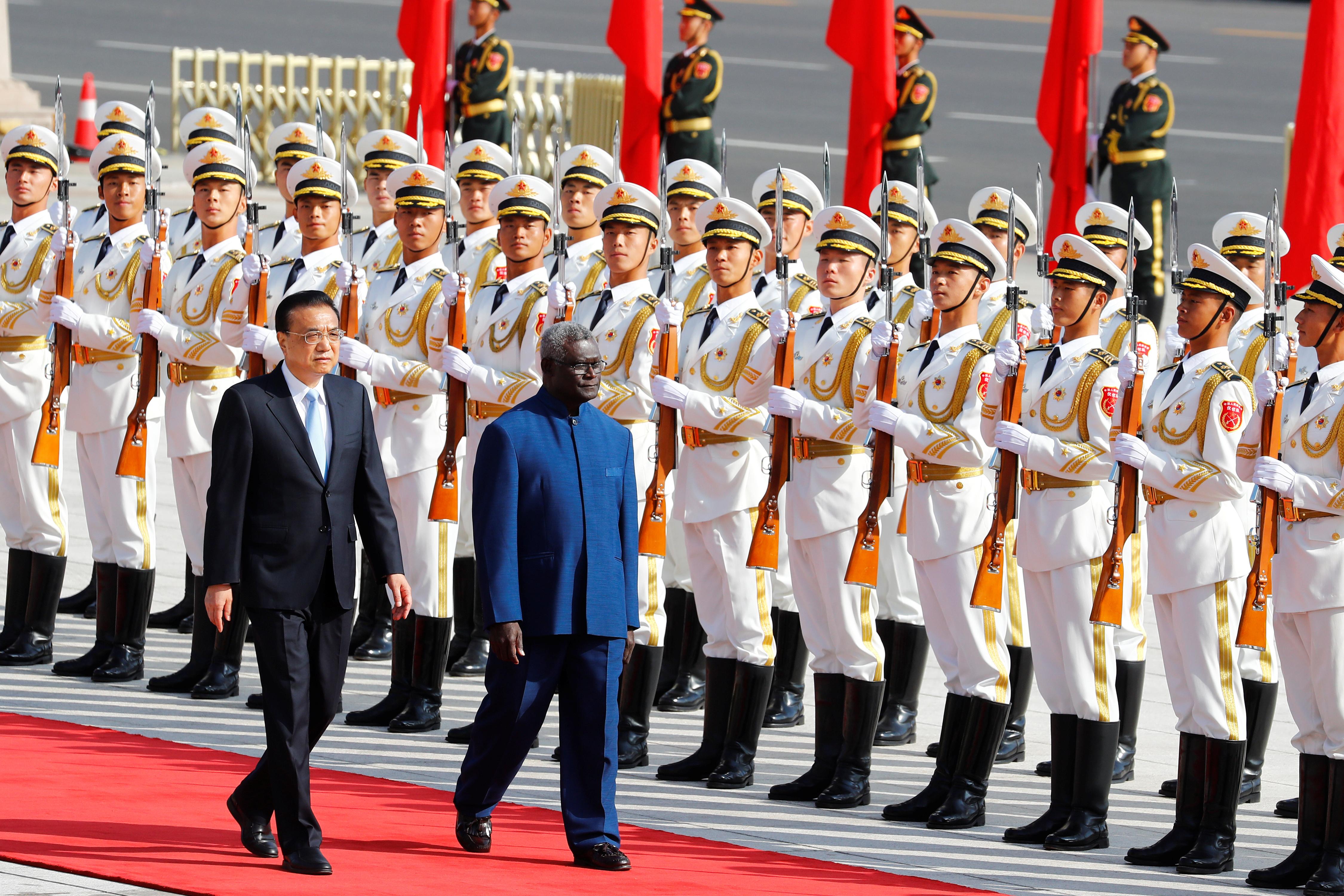 The new diplomatic relationship is a sign of China’s growing influence in the Pacific and a setback for self-ruled, democratic Taiwan. The Solomon Islands severed ties with Taiwan when it established them with Beijing.

“I am pleased to recognize the one China policy … We are pleased to be on the right side of history and normalize relations with the People’s Republic of China,” Sogavare said ahead of a meeting with Li and a Chinese delegation.

China has in recent years been expanding its influence in the Pacific to the alarm of the United States and its main regional ally, Australia.

China and the Solomon Islands signed an agreement to work together on President Xi Jinping’s flagship foreign policy initiative, the Belt and Road Initiative (BRI), as well as others on economic and education strategies.

Taiwan President Tsai Ing Wen said last month the end of its diplomatic relations with the Solomon Islands was further evidence of Chinese efforts to meddle in Taiwan’s January elections.