An extreme thunderstorm has killed at least 11 people in eastern China, with another 102 reported injured.

Trees and buildings were blown over by the gales, with Nantong, near Shanghai, one of the worst-hit areas.

A notice from local government said that 3,050 people were evacuated during the storms. Winds speeds of up to 100mph overturned a fishing ship and two crew members were rescued. Searches were being carried out for the vessel’s nine remaining crew.

Power was knocked out in Nantong but later restored, and collapsed trees, damaged cars and broken glass was cleared from the streets.

Footage from Nantong showed debris being blown around city. 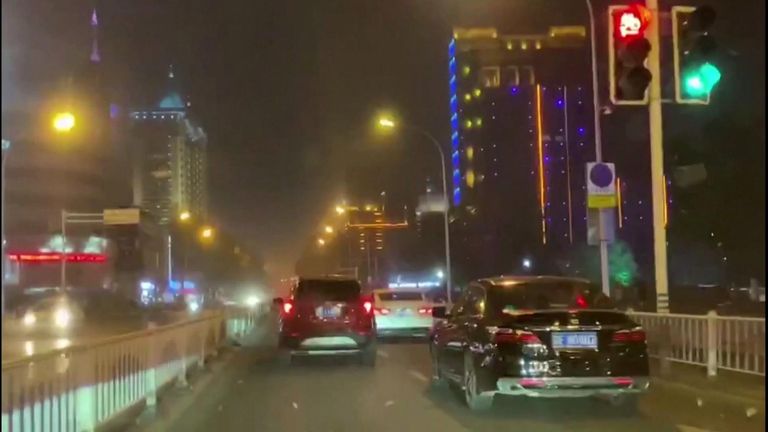 A car was also seen trapped under a tree, with a crane and chainsaw-wielding workers needed to remove the branches.

Nantong is about 60 miles away from Shanghai, on the other side of the Yangtze delta.