BEIJING (Reuters) – China said on Tuesday that U.S. officials were behind violent chaos in Hong Kong and warned against interference, following a series of protests in the city, including bloody clashes on the weekend. 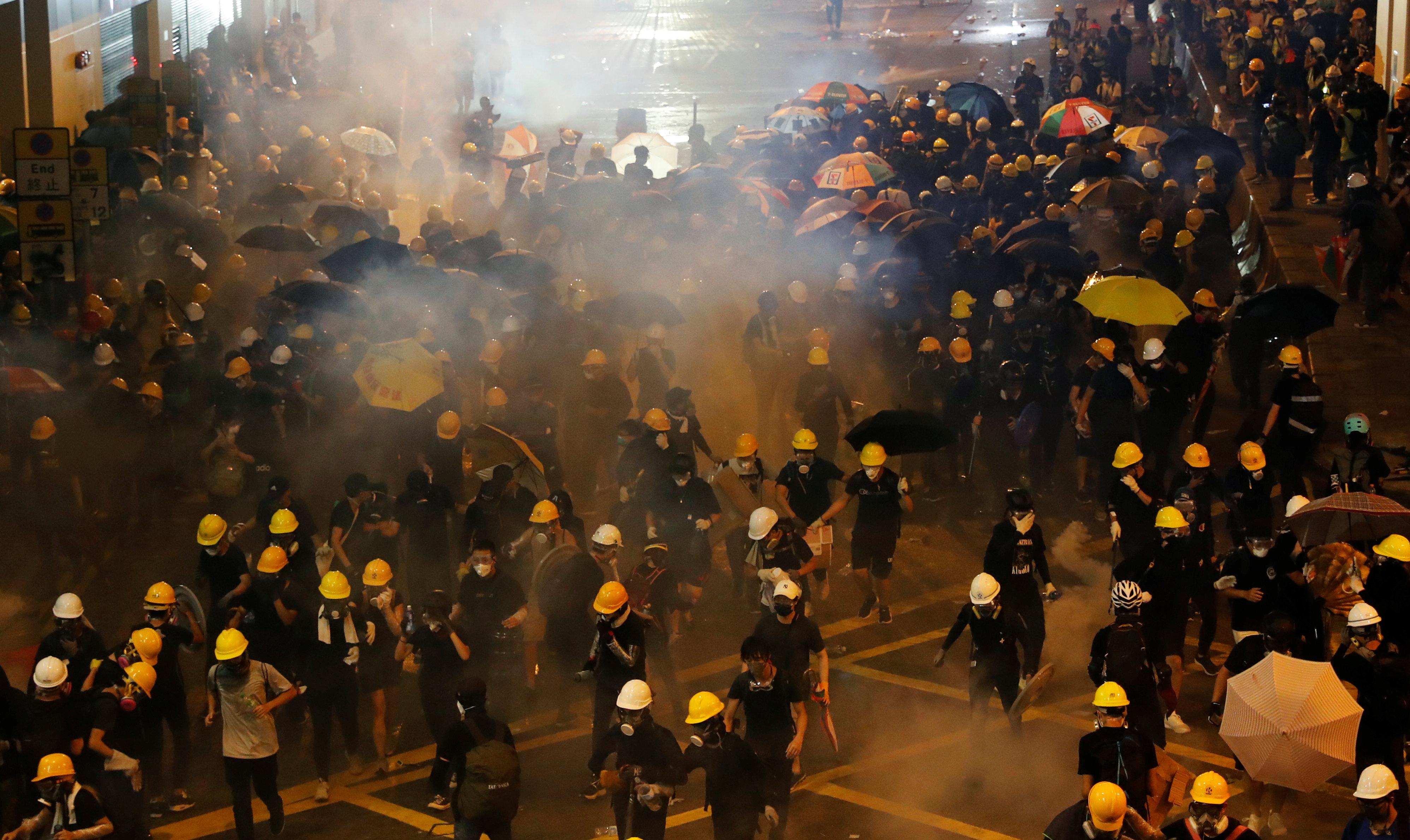 “We can see that U.S. officials are even behind such incidents,” said Chinese Foreign Ministry spokeswoman Hua Chunying at a regular press briefing on Tuesday.

She was referring to violence related to weeks of protests spearheaded by pro-democracy activists against a bill that would allow people to be extradited from the city to stand trial in courts in mainland China.

“So can the officials tell the world what role did they play and what are their aims?” Hua asked.

On Sunday, groups of men in white T-shirts, who opposition politicians suspect were linked to Hong Kong criminal gangs, assaulted some pro-democracy protesters, after some protesters had vandalized Beijing’s main office in the city.

Hua, asked about criticism of violence by the United States and Hong Kong’s former colonial ruler, Britain, said China would not tolerate any interference.

“The U.S. should know one thing, that Hong Kong is China’s Hong Kong, and we do not allow any foreign interference,” she said.

“We advise the U.S. to withdraw their black hands.”

U.S. President Donald Trump said on Monday that he believed Chinese President Xi Jinping has acted very responsibly with regard to the protests.

The financial hub returned to Chinese rule in 1997 under a “one country, two systems” formula that allows freedoms not enjoyed in the mainland, including freedom to protest and an independent judiciary.

But many in Hong Kong resent what they see as Beijing’s creeping control and its refusal to let its residents directly elect their leader.

China denies interfering in Hong Kong and has warned that the violent protests over the proposed legislation allowing extraditions to mainland China were an “undisguised challenge” to the formula under which it is ruled.