A group of US senators will reintroduce legislation that would allow Donald Trump to sanction officials and rebel groups involved in aggressive actions around the waters despite Washington and Beijing already being embroiled in a bitter trade war. The legislation, called the South China Sea and East China Sea Sanctions Act, will be put in place by by Republican senators Marco Rubio of Florida and Tom Cotton of Arkansas, and Democratic Senator Ben Cardin of Maryland and is designed to pile even more pressure onto Beijing to cease claims the waters belong to them, according to the South China Morning Post. If agreed upon, it would mean the US government could seize financial assets and deny US visas of those involved in “actions or policies that threaten the peace, security or stability”.

Mr Rubio said the Bill “strengthens efforts by the US and our allies to counter Beijing’s illegal and dangerous militarisation of disputed territory that it has seized in the South China Sea”.

He added: “This legislation reiterates America’s commitment to keeping the region free and open for all countries, and to holding the Chinese government accountable for bullying and coercing other nations in the region.”

A spokesman for Mr Rubio said he was “very optimistic” about the legislation’s chances of success.

The news comes as China pushes ahead with plans to build a network of military bases on shoals and reefs, despite the waters overlapping with those of Vietnam, the Philippines, Taiwan, Brunei and Malaysia. 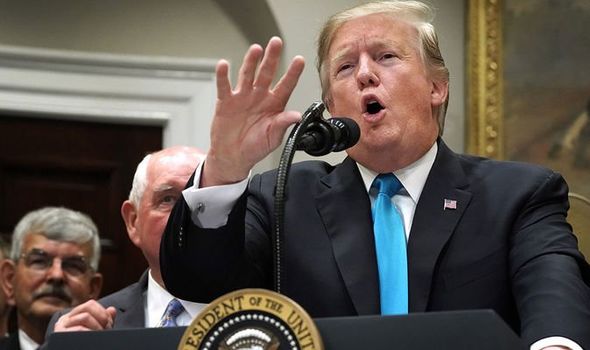 Last week, the US slapped £157billion ($200billion) worth of tariffs onto Chinese imports in an increase from 10 percent to 25 percent.

Tariffs are expected to be hiked to a further £236billion ($300billion), after US Trade Representative Robert Lighthizer was ordered to begin the process by President Trump.

This comes after an industrial dispute over Chinese tech giant Huawei, which was blacklisted by Mr Trump following concerns over their prominence in 5G research could give China a backdoor into crunch communications networks in western nations. President Trump declared the issue a national emergency. 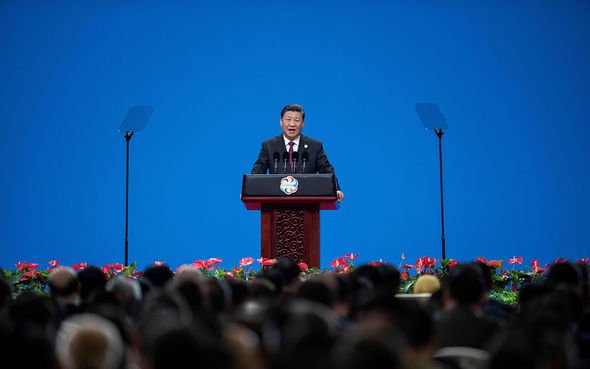