Communist Party rulers in Beijing on Friday unveiled details of the legislation that critics see as a turning point for the former British colony, which enjoys many freedoms, including an independent legal system and right to protest, not allowed on the mainland.

Pro-democracy activists and politicians have for years opposed such legislation, arguing it could erode its autonomy, guaranteed under the “one country, two systems” agreement under which Britain returned Hong Kong to China in 1997.

“Beijing is attempting to silence Hong Kongers’ critical voices with force and fear,” activist Joshua Wong, one of the leaders of pro-democracy street protests in 2014, tweeted.

Hong Kong activists called for people to rise up against the proposal, aimed at tackling secession, subversion, terrorism, and foreign interference, that has sent shockwaves across the business and diplomatic communities.

“This is a great moment to reboot the protest,” said university student Kay, 24, who took part in last year’s often violent anti-government and anti-Beijing unrest, with protesters angry at perceived meddling by China with Hong Kong’s freedoms, a charge Beijing denies.

The security law plan hit financial markets on concerns the city’s status as a financial hub is at risk. Hong Kong’s Hang Seng index closed down 5.6%, its largest daily percentage drop since July 2015.

Hong Kong leader Carrie Lam said her government will “fully cooperate” with the Chinese parliament to safeguard national security, which she said would not affect rights, freedoms or judicial independence.

The proposals have heightened tensions between Beijing and Washington, whose relationship is already frayed by trade disputes and reciprocal accusations over handling of the pandemic.

U.S. Secretary of State Mike Pompeo said the “disastrous proposal” would be the “death knell” for Hong Kong’s autonomy and that the United States stood with the people of Hong Kong.

“The United States strongly urges Beijing to reconsider its disastrous proposal, abide by its international obligations, and respect Hong Kong’s high degree of autonomy, democratic institutions, and civil liberties, which are key to preserving its special status under U.S. law,” he said.

“You cannot trust (President) Xi Jinping’s China. That’s different from previous administrations. He tightened up as a dictator. He cannot abide anyone who disagrees with him and the Chinese government.” 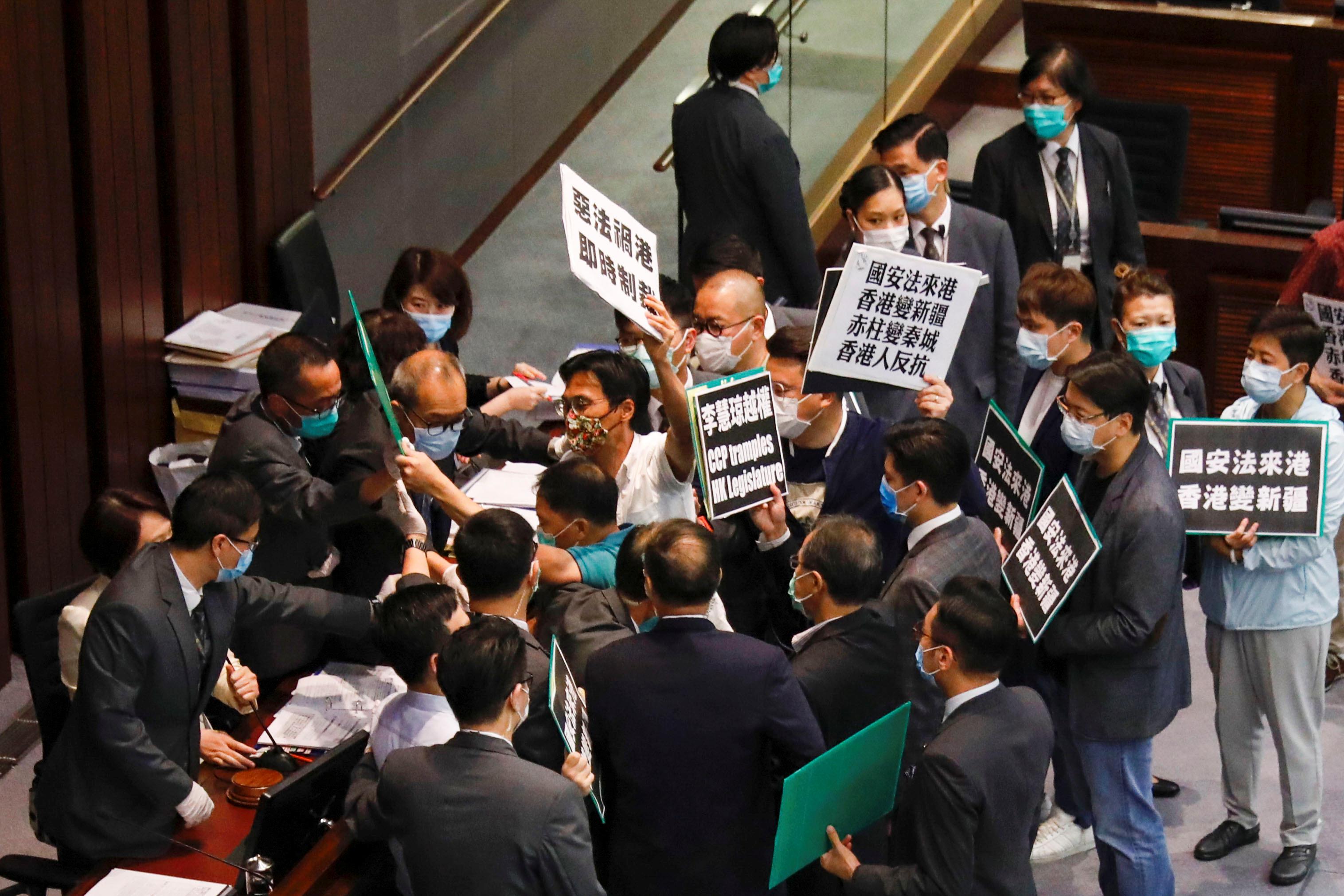 In his annual report to parliament, Chinese Premier Li Keqiang said China would establish a “sound” legal system and enforcement mechanisms to ensure national security in Hong Kong and Macau, a former Portuguese colony that returned to China in 1999.

The proposed move will see China’s parliament endorse, then annex the laws into Hong Kong’s mini-constitution, the Basic Law, without any local legislative scrutiny, according to a draft seen by Reuters.

Hong Kong’s judiciary, along with the government and legislature, must “effectively prevent, stop and punish acts endangering national security”, it states. The reference to Hong Kong’s staunchly independent legal system has rattled some Hong Kong lawyers.

A previous attempt to adopt similar legislation in 2003 was met with a protest that drew around half a million people on to the streets and was eventually shelved.

“It is essentially declaring directly that ‘one country, two systems’ is null and a failure,” said Eric Cheung, principal lecturer at Hong Kong University’s department of law, of the legislation.

Beijing said the legislation would strengthen the “two systems” formula and was in Hong Kong’s interest. 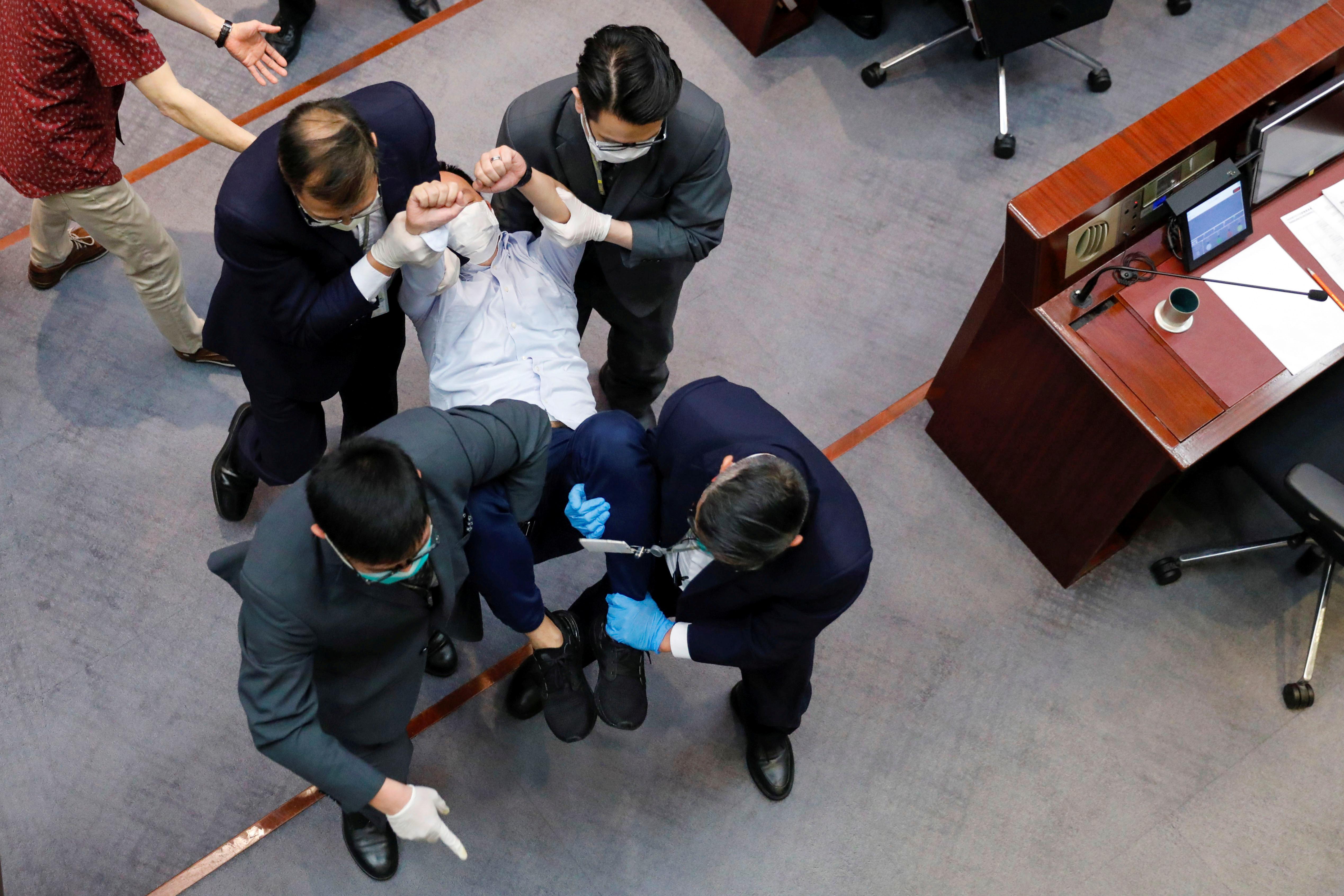 Beijing’s move is expected to lead to the flight of capital and talent, bankers and headhunters said.

The U.S. State Department warned a high degree of autonomy and respect for human rights were key to preserving the territory’s special status in U.S. law, which has helped it maintain its position as a world financial centre.