Communist party wants to amend constitution that will allow President Xi Jinping to stay in power for a longer period. 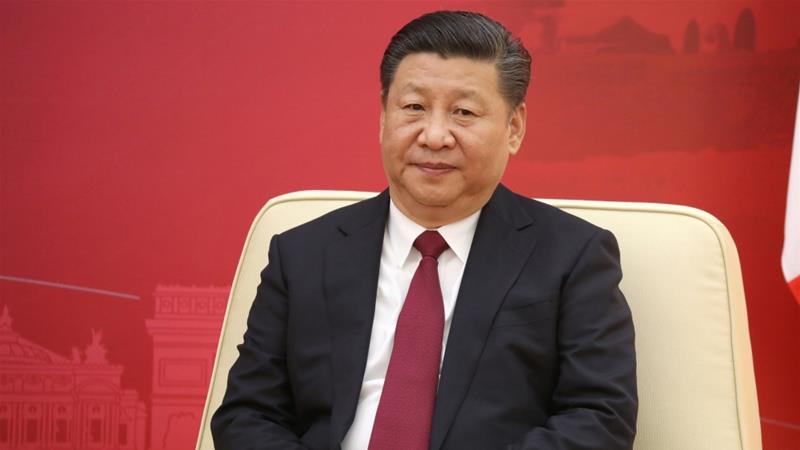 China’s ruling party is considering scrapping term limits for the president and vice president, it announced on Sunday.

The Communist party of China has proposed to change the country’s constitution so that the president and vice president can serve more than two consecutive terms.

Currently, there is a limit of two five-year terms for both presidents and vice presidents.

The amendment would allow current President Xi Jinping, 64, to be elected again during the next elections in 2023.

Although not final yet, Al Jazeera’s correspondent, Divya Gopalan, said the change is very likely to happen.

“This still has to go through parliament, but as everyone knows China’s parliament is filled with people loyal to the ruling establishment, so there’s going to be very little opposition,” she said from Hong Kong.

“He now will become China’s most powerful man, perhaps a cult of personality somewhat like Mao Zedong,” Gopalan added.

Details of when the constitutional reforms will be introduced into parliament were not made public yet in Sunday’s announcement.

According to Gopalan, Xi laid the groundwork for Sunday’s announcement in October last year when he presented a 30-year vision for China.

During the 19th National Congress, no clear successor for Xi was appointed, leading to speculation that he planned to stay in power after his two terms in office.

At the same event, Xi pledged to continue his anti-corruption campaign that has made him many powerful enemies over the past five years.

“He has targeted a lot of people in power that were opposed to him, wiping out basically any opposition,” Gopalan explained.

Critics of Xi also say that under his term China has become more of a surveillance state.

“Hong Kong people are also worried by Sunday’s plans, as it was under Xi the biggest crackdown on any democracy movement in Hong Kong took place,” Gopalan said.

In January, protesters took to the streets to express their frustration at what they say is China’s tightening grip on the territory.

“Xi Jinping staying for longer than two terms is a concern for many who were hoping for more freedom for Hong Kong, but also for those hoping that China would open up more, not just financially but also politically,” Gopalan said.